How Do We Understand and Reach Generation Z?

For the past few months I have been reading every study I can find on Generation Z, (those born between 1995-2010). With the help of a graduate student who did some research for me, I found over 350 pages of research on Gen Z, which took me dozens of hours to carefully digest. 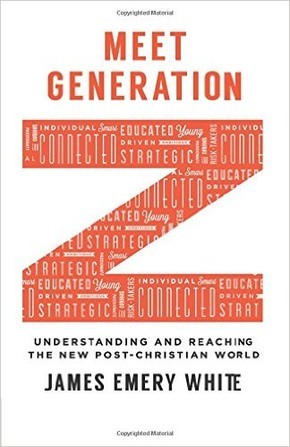 But then last week I came across Meet Generation Z, by James Emery White. Had I found this book earlier, it would have saved me a ton of time! It is an easy-to-read, documented, and insightful look at how to understand and reach the newest generation of students.

Here are three interesting cultural insights that White notes before delving into some specifics of Generation Z. They help provide some of the backdrop for understanding young people today:

White offers a number of valuable insights about Generation Z. Here’s three that stand out to me as significant:

White talks about the “countercultural church” and how Christians can find their voice today in our “post-Christian” world that considers the gospel both weird and offensive.

My favorite chapter is, “Apologetics for a New Generation.” After all, I do teach apologetics in a grad program at Biola University and actually have a book by the same title. In this chapter, White begins by observing how biblical illiteracy is one of the defining characteristics of Gen Z. As a result, many experience profound spiritual emptiness. Thus, our apologetics must challenge their minds, but more importantly, engage their hearts. So how do we reach this generation? White notes:

I have found that discussing the awe and wonder of the universe, openly raising the many questions surrounding the universe and then positing the existence of God, is one of the most valuable apologetics/pre-evangelism approaches that can be pursued.[1]

I could not agree more! He suggests utilizing evidence for the Big Bang, fine-tuning, biological complexity, and the uniqueness of human nature. Gen Z has been raised in a culture that upholds science as authoritative and salvific (as seen in movies like The Martian and Interstellar), and so they are often receptive to the scientific case for design.

But what I appreciated most about Meet Generation Z is that White encourages readers to take a listening posture with this “post-Christian” generation. Rather than beginning with the assumption that we simply need to speak down to young people, or simply tell them how they ought to live, White suggests:

White offers some specific strategies for how churches can better reach Generation Z. But you will have to get the book and read those for yourself. Overall, Meet Generation Z is a quick and insightful book. It is great for personal study or for a small group of people interested in reaching young people today. If you are looking for one book to help illuminate the thinking and culture of students today, Meet Generation Z is an excellent choice.