Goodness Is Good for Us 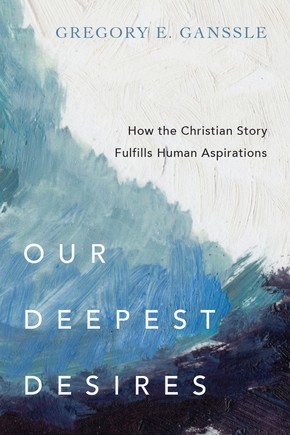 One summer, I drove from my parent’s home in New Jersey to where I was working in Minnesota. Somewhere in Indiana, I saw the all too familiar flashing lights of a state trooper. I was speeding, and I knew it. I was going sixty-eight in a fifty-five zone. I had a pit in my stomach. I hated the fact that I was caught. Not only does the speeding ticket cost money, but my ego took a hit as well. I was resentful. I don’t like being in the wrong. More than that, I hate being held accountable when I am wrong!

Criticism, even criticism that I know is good for me, is difficult to accept. I always squirm under it. Moral assessments are even more difficult to undergo. Yet our culture is increasingly filled with moral judgments. Despite the fact that many people claim to be relativists about morality, our culture is more moralistic than ever. Moral responsibility permeates nearly every feature of our lives, and no one has asked why. That is, no one asked until Friedrich Nietzsche came along. He asked unprecedented and profound questions about our practices of making moral judgments:

[U]nder what conditions did man invent the value judgments of good and evil? And what value do they themselves have? Have they up to now obstructed or promoted human flourishing? Are they a sign of distress, poverty and the degeneration of life? Or, on the contrary, do they reveal the fullness, vitality and will of life, its courage, its confidence, its future?[1]

While we think consciously about the content of our moral evaluations, the fact that we make such judgments is taken for granted. We hardly notice. Nietzsche wants to press us to think about the fact that we make value judgments. He wants us to consider these practices in a new light. So he poses the questions: Where did our practices of making moral judgments come from? What good are they? The way Nietzsche frames his questions reveals that the justification of our moral practices is grounded solely in whether or not they promote flourishing. Do these practices contribute to human well-being or not?

Nietzsche has his own story to tell about both the origin and value of traditional moral practice. He argues that the human practice of making moral judgments was born out of resentment. Human communities have always consisted of strong and powerful people as well as weak and powerless people. The strong tend to exploit and oppress the weak. This exploitation produces resentment. Nietzsche’s view is that moral judgment began as the weak people attempted to exact revenge. They wanted to exercise control over the strong. Since the weak could not overcome the strong directly, they did so indirectly. They labeled all of the features that characterize the strong “evil.” Thus the exercise of power and the use of other people for one’s own purposes came to be thought of as morally bad. Then they took all of their own qualities, such as weakness, timidity, and cowardice, and elevated them into virtues. Nietzsche calls this strategy the “revaluation of all values.”[2] The startling thing, for Nietzsche, is that this strategy worked.

Nietzsche holds that our moral practices are among the most severe enemies of life. To explain how these practices hinder flourishing, Nietzsche introduces what he calls the ascetic ideal. The ascetic ideal can be found in any claim that we are obligated to submit our passions and drives to some higher goal or calling. Christian views of moral reality especially embody the ascetic ideal, because we are to refrain from exerting our self-will and embrace the call to love others as we love ourselves. Nietzsche rejected any version of the ascetic ideal. Each version requires us to turn away from the very things that make up life and to enter into bondage. We sacrifice our drives, passions and desires to the higher calling, and thus trade life for death. The moral posture, then, is bad for us.

If we are honest with ourselves, we will admit that Nietzsche’s view resonates with our resistance to moral assessment. As I mentioned at the opening of this chapter, I hate to be shown to be wrong. If Nietzsche is correct, this resistance is among our deepest desires. At the level of our core identities, what we want is to have nothing interfere with the expression of our drives to exert ourselves or to fulfill our own passions. He urges us to live our lives under aesthetic categories, rather than under moral ones. Our lives should be artistic creations expressing beauty, joy and passion. Moral categories, such as duty or obligation, impose limits on our self-expression.

Nietzsche’s assessment is original and thought provoking, but we can challenge the claim that our moral practices hinder our flourishing. The truth of the matter depends upon how flourishing should be understood. We can compare the vision of flourishing in Nietzsche’s view with that in the Christian view to see which resonates best with our deeper assumptions about what is good in life.

Nietzsche thinks that following any traditional moral view involves turning away from those things that make our lives worth living and subsuming them under some external standard or ideal. Thus we reject the very things that we want most in life because we feel forced to pursue some other goal that does not capture what we most deeply want. So, let us address some questions head on. What is it that we actually want most in life? What do we think we should want? What kind of persons do we want to be? What sort of relationships do we want to experience with those around us?

When most of us reflect on our lives, we recognize that our deepest desires are more complicated than simply the desire to resist assessment. Most deeply, we want our lives to be filled with relationships characterized by trust, love, encouragement, and genuine concern. It is impossible to experience these kinds of relationships unless we discipline our drive to exert our own will. It is clear that if we give free reign to what Nietzsche calls the “will to power” we cannot have the kinds of relationships we most want. I must point out that, as far as I can tell, Nietzsche never recommends that individuals indulge their will to power in their interpersonal relations. Rather, he explicitly argues that all of our endeavors are, at bottom, driven by competing drives to power. Flourishing requires that we order our drives in the way that appeals to us most. We do not order our drives on the basis of traditional morality. We act for aesthetic reasons. I am my own canvas, and I paint my life how I want. There are no rules about how I ought to do so.

In sharp contrast to Nietzsche’s views stands the Christian story. In the Christian story, goodness is good for us. The life that embodies moral virtue is the best life. Following moral reality promotes rather than hinders human flourishing. The virtues of generosity, humility, love, and forgiveness are not euphemisms for weakness and failure, as Nietzsche claimed. They turn out to be the path to the richest relationships. Rather than reflecting an impoverished life, they reflect life in all of its fullness. What I want most for my life is found in the very view put forward by Christianity. Furthermore, the kind of practices that a Christian perspective would label as bad or evil are the very things that undermine the possibility of the quality of relationships for which we long. The connection between the content of a Christian morality and the virtues that contribute to a better life is not accidental. God designed us to embody these virtues. Doing so is part of the well-functioning life. When you treat another person with kindness and respect, she feels known and accepted. She is able, then, to respond with understanding. Your relationship becomes deeper as you embody these relational virtues.

If human flourishing is at least in part a matter of entering and experiencing relationships characterized by qualities of love, trust, and loyalty, then Nietzsche is mistaken in his claim that traditional moral practices hinder human flourishing. The practices that encourage our relationships to flourish are the practices that promote our well-being. These practices are the very ones that make up the moral life. There is a stunning fact here: The morally good life is the humanly good life.