New Claims Regarding the “Family of Jesus” Tomb 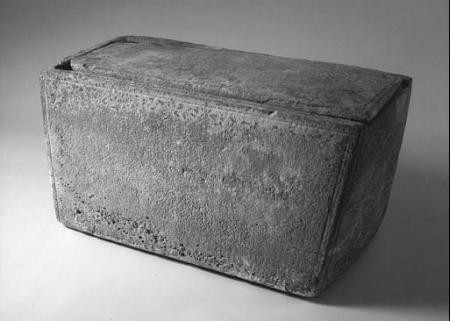 “Geologist claims Jesus was married… and had a SON: Expert says he has proof son of God was buried in 'family tomb' along with wife Mary and his brother” screams the headline. The sensational headline, along with the release date on Easter weekend, should be our first warning to take the announcement with a grain of salt.

To understand what these claims are, we need to go back to a (widely discredited) documentary, “The Lost Tomb of Jesus,” released by documentarist Simcha Jacobovichi in 2007.

“The Lost Tomb” in question, now called the Talpiot Tomb, was discovered in 1980. It contained ten ossuaries – a type of small coffin for holding bones – dating to the first century or perhaps a little earlier. Some of the ossuaries had names: Yeshua bar Yehosef (Jesus son of Joseph), Maria (Mary), Yose (Joseph/ Jose), Yehuda bar Yeshua (Judah son of Jesus), Mariamene e Mara (Miriam [and] Martha), and Matya (Matthew). One blank ossuary was measured and then stored with other blank ossuaries. None of this was very surprising, since tombs and ossuaries are common archeological finds in and around Jerusalem.

But Jacobovici asserted that this was Jesus’ family tomb: “Jesus son of Joseph” is the Jesus of the New Testament; “Mariamene e Mara” is a single person, Mary Magdalene, who was married to Jesus; and Judah is their son. Others in the tomb include Mary the mother of Jesus, Jose the brother of Jesus (Mk 6:3) and an otherwise unknown Matthew. In addition, Jacobovici claimed that the famous James ossuary, inscribed with “James son of Joseph brother of Jesus” originally came from the Talpiot Tomb (rather than being from the Silwan area east of the Temple, which is what experts have previously claimed). That rounded out Jesus’ family by including another of Jesus’ brothers, James (Mk 6:3, Gal 1:19).

Before we tackle the new claims this year, let me briefly explain the problems with Jacobovici’s original documentary. At the time of the documentary, many experts in archeology (some Christian, some Jewish, some with no particular beliefs) examined the claims that the Talpiot Tomb contained Jesus and his family, and they roundly rejected it. Their main reasons:

Do the claims of the geologist bolster Jacobovici’s “Tomb of Jesus” idea? Not really. Here are some problems with the new claims.