Does "I Am" always refer to God in the Gospel of John? 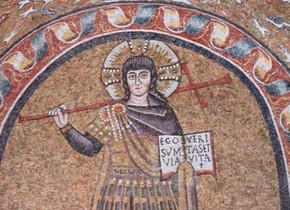 It is commonly claimed that when Jesus used the phrase “I am” (ἐγώ εἰμι, ego eimi), he was making a direct reference to the name of God in the Old Testament, YHWH. There is some truth to this, but I want to suggest three important caveats to this claim:

It is true that an important passage in Exodus uses “I am” to refer to God.

God said to Moses, "I AM who I AM"; and he said, "Thus you shall say to the children of Israel, 'I AM has sent me to you.'" (Exod 3:14; the “all caps” is one way that modern Bibles represent the phrase in this verse)

In Hebrew, the phrase “I am” (אֶֽהְיֶ֖ה , ehyeh), is linguistically related to God’s name, יהוה (YHWH, often represented in English as Yahweh or Jehovah). Many Hebrew scholars suggest that YHWH means something like “the one who is.” In fact, the Septuagint (ancient Greek translations of the OT, widely used by early Jews and Christians) did not translate the second אֶֽהְיֶ֖ה in Exodus 3:14 as ἐγώ εἰμι, but rather as ὁ ὢν, “the one who is.”

So, since ἐγώ εἰμι usually has a very ordinary meaning, it can only refer to deity if something significant in the context leads us to believe that deity is suggested.

2. “I am” is only intended to refer to deity in some of Jesus’ sayings.

What makes “I am” distinctive in God’s declaration to Moses (Exod 3:14) is that it doesn’t have a predicate nominative. (If you’ve forgotten your high school grammar, the predicate nominative is the second half of the sentence; for example, “I am the good shepherd.”). “Say to the children of Israel: I AM has sent you.” There are three times in the Gospel of John when Jesus says “I am” without a predicate nominative. These passages seem to be more about Jesus’ deity than all the other “I am” sayings in John.

In each of these three, the context suggests that Jesus’ deity is implied. In John 6:19, the phrase “walking on the sea” (περιπατοῦντα ἐπὶ τῆς θαλάσσης) is probably an allusion to God walking on the sea (περιπατῶν… ἐπὶ θαλάσσης ) in Job 9:8. Jesus’ use of ἐγώ εἰμι and “do not be afraid” seems to further draw attention to his deity. In John 8:58, Jesus’ description of his preexistence, combined with the bare ἐγώ εἰμι, is also clearly about his deity. The repetition of ἐγώ εἰμι in John 18:6-8, and its stunning effect on the soldiers, also implies Jesus’ deity.

In Jesus’ other, more famous “I am” sayings, the emphasis is often not on his deity, but on some other important aspect of Jesus’ identity. For example, when Jesus says “I am the true vine and my Father is the gardener” (John 15:1), his claim focuses not on his deity, but on the idea that he is the only vine that God tends, and so branches can only experience genuine life and the Father's pruning if they are attached to Jesus, the true vine. In fact, the vine was a symbol of Israel, and so Jesus was claiming to be the true source of life in place of Israel.

The church fathers (pastors and theologians of the first five centuries) agree with this assessment. Several of the church fathers pointed out the implicit claims to deity in the “I am” sayings in John 6:19-20, 8:58, and 18:6-8 (discussed above). But when they preached or wrote about the seven “I am” sayings, the church fathers did not pay any attention to the “I am” part of the seven sayings. They only saw significance in the titles: true vine, bread of life, good shepherd, way, light of the world. None of them made any sort of connection between the seven “I am” sayings and God’s use of "I am" in Exodus 3:14. This is significant because many of the church fathers spoke Greek as their native language. Their nearness to the time of the New Testament also meant that they had less of a historical / cultural gap to bridge.

3. Paying too much attention to the “I am” causes readers to ignore the rest of the sentence.

I have often noticed, when listening to sermons or reading student papers about “I am” sayings in John, that there is so much focus on the “I am” part, and its purported reference to deity, that the actual claims found in the rest of the sentence are overlooked. These claims (bread of life, good shepherd, door, life, etc.), while consistent with Jesus’ deity, are usually about some other nuance of Jesus’ identity. I’ll talk more about these claims in my next few posts.

To sum up: the gospels clearly teach about Jesus’ deity. But that doesn’t mean that everything Jesus says is about his deity! “I am” (ἐγώ εἰμι) is such a common phrase that it cannot be taken as some sort of code word that always refers to deity. The tendency to see it as a code often keeps people from paying careful attention to Jesus’ actual claims.