▶Jesus' interactions with people in the Gospel of John...and today 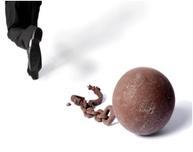 I would like to begin a series that looks at stories in the Gospel of John in which we find Jesus interacting with various people who need help—physical help and spiritual help. As we look closely at these individuals, we will often see that they are dealing with shame, though this theme is usually hidden in the historical background of the first century. Thus, over the course of this series, I will explore how Jesus interacts with them not only to take away their shame, but also to raise them up and give them honor!

In John 2:1-11, Jesus performs the first of his miraculous signs by changing water into wine. While this sign is often understood as “just” a powerful miracle, a deeper look at the Old Testament background shows us that in this miracle Jesus is not only bringing the new covenant, but also saving a family from intense shame.

The Jewish people expected the new covenant to be like a lavish banquet, where there would be a lot of wine (Jer. 31:12, 31). This is clearly seen in Amos 9:11 where the sign of Israel’s restoration would be the presence of abundant wine:

“The days are coming,” declares the Lord, “when the reaper will be overtaken by the plowman and the planter by the one treading grapes. New wine will drip from the mountains and flow from all the hills.” Amos 9:13

When the wine ran out at the wedding banquet in John 2, Jesus miraculously produces 120–180 gallons of wine. Since his disciples knew the Jewish expectations for the new covenant, they understood that by changing the water (which was used for Jewish cleansing before eating meals) into the expected wine of the new covenant, Jesus was doing something very significant. He was initiating the new covenant, which was “better” than the old covenant (“you have saved the best till now,” 2:10; cf. Heb. 8:6–12). As a result, “his disciples put their faith in him” (John 2:11).

Now let’s focus more clearly on the shame issue. When the family ran out of wine at the wedding, this would have created quite a problem, and would have generated a tremendous amount of shame (recall that the Mediterranean environment was a shame/honor culture). The town would have remembered that event forever. I can only imagine this family being shamefully reminded of this story hundreds of times in the coming years….”remember when….”.

Then he called the bridegroom aside and said, “Everyone brings out the choice wine first and then the cheaper wine after the guests have had too much to drink; but you have saved the best till now.” John 2:9-10

In other words, not only is the shame removed, but great honor is given to this wedding family. It reminds me of what the prophet Zephaniah said,

The LORD your God is with you, the Mighty Warrior who saves. He will take great delight in you; in his love he will no longer rebuke you, but will rejoice over you with singing.

I will remove from you all who mourn over the loss of your appointed festivals, which is a burden and reproach for you.
At that time I will deal with all who oppressed you.
I will rescue the lame; I will gather the exiles.
I will give them praise and honor in every land where they have suffered shame. Zephaniah 3:17-19

Do you think that the Lord continues to replace shame with honor? Yes, of course! Just as he saved the wedding family from a shameful situation in the first century, he does the same today. I talk with students every week who have seen this reality in their lives. For example, I have a former drug-addicted gang member in my Gospel of John class this semester. The Lord Jesus has taken him from the streets of shame to the banquet halls of honor. He is studying God’s Word at Biola to prepare himself for ministry, hoping to lead others to the compassionate Savior.

Have you experienced this renewal in your life? Have you helped others around you find that the Lord not only forgives them of their sins, but also removes their guilt and shame?

We all have our shameful “remember when” moments. The good news is that our Lord loves to rescue those who suffer shame and give them praise and honor. He is always waiting to meet with us in prayer to transform and renew us. He takes “great delight in you” and “rejoices over you with singing.”

Matthew Williams is the chair of the New Testament program at Talbot School of Theology at Biola University. Williams was awarded professor of the year by Biola University, and continues to preach and teach in various churches and conferences throughout the United States and Spain. He was the general editor for Colección Teológica Contemporánea, a series of theological books in Spanish. He has authored articles for Journal of Higher Criticism, Agenda Teológica and Trinity Journal. He contributed to La Epístola a los Gálatas; The Synoptic Problem: Three Views of Gospel Origins; The Synoptic Gospels; and Historians of the Christian Tradition.