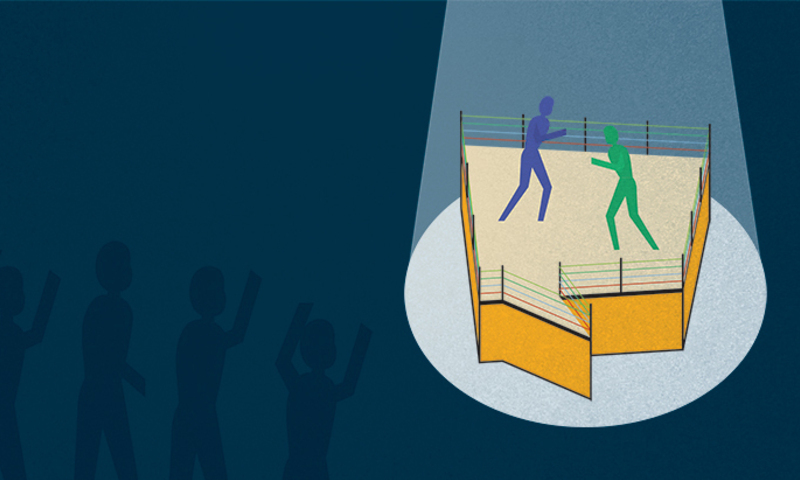 We live in what communication scholars call the “argument culture.” It’s a world where we refuse to listen to one another, demonize each other’s perspectives, and habitually oversimplify and distort competing views. The public square has become the boxing ring — a venue for entertaining the masses with verbal fisticuffs.

Worse yet, the church is little different. The only thing more difficult than discussing Christian convictions in the public square is discussing them with fellow believers. This may seem counterintuitive, but it is true. We may have more disagreements with nonbelievers, but our disagreements with fellow believers are often more problematic and more emotionally charged.

Outside the Christian community, one anticipates having biblical convictions contested, mocked or even despised. Disagreement is unpleasant but expected. But when our convictions are contested by fellow church members, everything changes. We feel attacked from behind. It feels both unexpected and wrong! If fellow Christians doubt or deny our convictions, we are not merely intellectually challenged by a different viewpoint; we are hurt and offended.

One person esteems one day as better than another, while another esteems all days alike. Each one should be fully convinced in his own mind. (5)

Why do you pass judgment on your brother? Or you, why do you despise your brother? For we will all stand before the judgment seat of God … each of us will give an account of himself to God. (10, 12)

First, notice that he says that days and diets are not something that we should quarrel over. Nor should we judge one another based on the personal guidelines of conduct they adopt relative to days and diets. Instead, we need to give each other freedom. So far, so good.

At this point we might expect Paul to say something like “Who cares about days and diets!” But instead he says almost the exact opposite. He states that “each one should be fully convinced in his own mind.” Days and diets are not dismissed as trivialities. They are issues about which Paul wants us to form convictions. If that isn’t enough, the reason we don’t judge each other over these matters is that we will each give an account to God! We need to think them through until we are fully convinced in our own mind because one day, we will give an account to Jesus. But the one thing that we do not need to do is reach an agreement with our brothers and sisters. Welcome to the realm of faithful disagreement. This is an area where faithful Christians can disagree with one another about deeply held convictions without having to change each other’s minds.

The convictions Paul wants us to develop are personal because they are formed by each individual, not by a general command for the entire church. They are also personal because once formed, these convictions are not applied to others but are rather practiced by oneself. They are for personal consumption, not for export. We can talk to others about personal convictions, but we must remember that their first function is for ourselves—to express our devotion to Christ.

Similarly, personal convictions are convictions because they are not merely preferences. We are to think them through carefully so that we can give a good account of the matter before Jesus. Knowing our personal preferences doesn’t require any deliberation, but discerning what is pleasing to Jesus certainly does. It should also be noted that Paul is not asking us to consider what is permissible to the Lord but rather what is pleasing to the Lord. We can conceive of many things as permissible that we would have a much harder time imagining as pleasing to the Lord. In these disputable matters, our goal is not to please others, nor is it to please ourselves, but to please Jesus.

Unfortunately, we seem to lack a mental “pigeon hole” for faithful disagreements. We know what to do with matters of taste — when one person likes chocolate and another likes vanilla. We usually even know what to do when one person likes a particular preacher and another person likes someone else. Likewise, we have a mental space for absolutes — confessional beliefs that define the faith “once for all delivered to the saints” (Jude 3). These absolute convictions include theological beliefs about the deity of Christ, or the incarnation or the resurrection. They may include moral mandates like loving God and loving neighbor. These are Christian absolutes, mandated for all believers. But Paul forces these two extremes apart and inserts a third category: personal convictions.

Days and diets are easy compared to the divisive political issues of the day. For example, Christians have long held absolute convictions about valuing human life because each person is made in the image of God. But how do we operationalize this absolute conviction in America today? It’s not as easy as it sounds. Consider conversations I have had with three close friends.

One friend proudly identifies as a single-issue pro-life voter. As he puts it, “there are times that demand single-issue voting. 1860 was such a time relative to slavery; 2020 is such a time relative to abortion. The lives of millions of babies are at stake so any other issue pales in comparison.” This conviction leads him to vote for candidates who are likely to make pro-life judiciary appointments, especially to the Supreme Court, in the hopes of overturning Roe v. Wade. My second friend is also deeply moved by the evil of abortion, but is doubtful about the wisdom of making it the single issue that guides one’s vote. He points out that no one other than the president deals with the Supreme Court, so why should we regulate all of our voting by the single issue? State and local representatives can do little or nothing about repealing Roe v. Wade. A third friend argues that if Roe v. Wade is reversed, abortion would go back to the pre-1973 situation where individual states would decide. Abortion rates at that time were similar to what they are today. Therefore, this friend worries that repealing Roe v. Wade will not be nearly as helpful as we imagine, and we should actively pursue other strategies for limiting abortion. As a result, my friend feels we cannot make prospective judicial appointments our guide for voting.

These three friends share a common absolute conviction about the value of human life, but they have very different personal convictions about how to operationalize it in our current political circumstances. They agree about the end but disagree about the means. I should add that I am simply stating these arguments as I heard them—any or all of these claims could be contested. Furthermore, these positions are not the only ones that Christians might hold. For the moment, my only point is that a person who holds one of these views might be sitting beside you in the pew. How will you respond to them?

And our differences are not confined to abortion. Other friends of mine associate the doctrine of the image of God with race even more than they do with abortion. If black Americans (or other ethnic minorities) are being degraded by social policies systemically entrenched in our institutions, or worse yet if they are being killed at disproportionate rates by law enforcement, how can we passively stand by and watch?

It is well past time for the church to raise a prophetic voice against such injustice. But still other Christian friends of mine agree that unjust laws should be changed and rogue policemen should be fired, but they feel like we are already doing this. They feel the power of laws and policies is reaching its limit. They doubt that advocating for more extreme measures like defunding the police are in the interest of any citizens, black or white.

All these conflicting personal convictions come from a single shared absolute conviction concerning human life in the image of God. I hate to say it, but our quarrels will not be solved by getting everyone to “just be biblical” or by getting them to “just love their neighbor.” All of my friends are trying to be biblical and trying to love their neighbors. But they see the world differently and feel different callings from the Lord. Instead of fighting it out until all agree, we need to learn to love each other in the midst of faithful disagreements. Respecting faithful disagreements is the best way, and perhaps the only way, to cultivate both unity and convictions in the body of Christ.

Should my friends just ignore each other and go their separate ways? I don’t think so. These are important issues and we need to talk about them. But how do we do it? Here’s a good rule of thumb: Make your first goal be to deeply understand each other’s convictions. You might even imagine giving an account to Jesus on behalf of your friend’s conviction. Once we can understand and articulate each other’s positions, it is much harder to demonize and much easier to love. We might even learn from each other and be able to give a better account of our convictions to Jesus when that day comes. Ultimately, faithful disagreements might displace the argument culture within our churches, making it far more likely that we could worship together in joy and peace. Let’s give it a try!

The Winsome Conviction Project launched at Biola this fall. It is a five-year project funded by generous donors with a passion for Biola and a concern for the toxic, polarized and simply unloving communication climate that has begun to permeate not only our nation but also the body of Christ. Tim Muehlhoff and Rick Langer are serving as co-directors of the project, which is developing written and web-based resources, as well as providing workshops and events for churches and organizations who want to deepen convictions without dividing the body.

Check out the website at winsomeconviction.com for information on the project and their book, Winsome Conviction: Disagreeing Without Dividing the Church.

Subscribe to the Winsome Conviction podcast on iTunes, Spotify or your favorite podcast app! 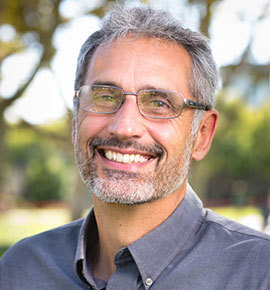