a guest blog by Logan Lusk 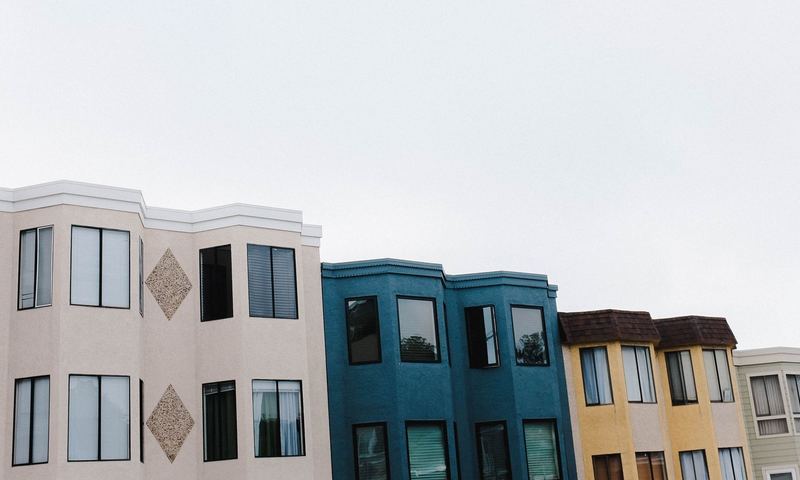 The challenges that accompany adapting to a new environment, such as college, are peculiar and can be draining. But most first-year students can count on returning to a comforting familiarity when they visit their hometowns: landing in familiar airports, driving on roads they know well, and indulging their nostalgia by revisiting old stomping grounds. However, such is not necessarily the case for freshman whose families have moved to different places since they’ve been at school.

Brenna is from Santa Barbara, California. Since she’s been at Biola, her family has settled into a new neighborhood twenty minutes from her childhood home. Likewise, Rachel is initially from Nevada. In November, her parents moved to Everett, Washington—a suburb about thirty minutes outside of Seattle. Lastly, Cassia originally lived in Virginia, but for the six years of her life leading up to her move to Biola, her parents served as missionaries in China. Cassia’s family permanently relocated to the states a month before her freshman Fall semester.  Though their situations are complex and unique, they all share the common experience of going “home” to individual strange and new lands. Their stories demonstrate that whether it follows a move down the street, across the country or around the world, the trip “home” to an unfamiliar place comes with distinct difficulties—as well as blessings—and that stories like these can teach us something valuable about growth, change, and adjusting to the newness life often throws at us.

It is evident that oftentimes, students going “home” to a new place experience an odd disorientation unlike anything they’d expected. On returning to Santa Barbara for the first time during the semester, Brenna said the following: “It was weird, because I had to get directions to my house. I know the way from Biola to my old house. But I didn’t know where I was going at all.” It’s also true that even when they arrive at their destination, they may even still struggle to navigate their surroundings. Rachel mentioned that the perhaps one of the more frustrating things about spending time in a new place was the fact that she didn’t know her way around Everett like she did her hometown. And even when they aren’t confused by their physical surroundings, the cultural setting of a new place can be difficult to adjust to. Cassia remarked, “it was hard to understand [slang] at first. I was speaking English in China too, but [moving back to the states] I thought to myself, ‘what does yeet mean?’” Evidently, for students visiting their new homes for the first time, the physical and cultural terrain of their surroundings can make them feel isolated, confused, and perhaps even somewhat helpless at times.

Students expect to miss the obvious comforts a hometown offers, such as seeing old friends and visiting beloved places. But often they find that being without the little nuances of their old homes hit them harder than expected. Brenna found herself missing the personality of her old home. “It was about 120 years old and full of character,” she said. “And [the new home] is a 1950s track home with nothing special about it at all.” Similarly, Rachel talked about missing the scenery she was accustomed to in Nevada: “where I [used to live], the mountains were beautiful. Just absolutely gorgeous. Sure, there are mountains in Washington, and Washington is beautiful in and of itself. But they just aren’t my mountains.” As it turns out, whenever students find themselves in new places, they begin to realize that the subtle magic of their old homes can be quite difficult to part with.

Just as it’s the little things students miss most about their childhood homes when they move, it can also be the little things about a new place that warm their heart just as effectively. And though they miss the appealing niceties of their old homes, often times students do a pretty great job of bringing the nuanced magic with them. Cassia shared that over the holidays she enjoyed settling into her new room: hanging decorations on the walls, rearranging the furniture, organizing her desk, and making the space her own. Rachel said that she found consolation in the midst of the many changes through old resuming routines, such as sleeping in her own bed and spending time with her dog. Though she was in an unfamiliar place, tiny comforts such as these worked to redeem the familiarity she left behind in Nevada. Also, though the Washington mountains failed to resemble those in Nevada, Rachel enjoyed the fact that her parents’ new town is right off the water. Brenna mentioned the seemingly insignificant things that have begun to help her acclimate to calling her new house, “home”: “now, I know where we keep the silverware. Before I didn’t. But now I do.” Just as students who move houses as young adults mourn saying goodbye to the idiosyncrasies of their old homes, it’s evident that they find solace in the small joys of their new ones.

For students who return to a familiar place such as a childhood home, breaks can feel like a momentary pause in adulthood as they reconvene with old friends and fall back into familiar routines—even if just for a little while. Perhaps some of the difficulty that other students face when visiting an unfamiliar “home” resides in the fact that they seemingly miss out on this break from reality. But Cassia, Rachel, and Brenna are indications that new homes have the potential to be just as lovely as old ones—simply in different ways. In fact, though they may fail to precisely replicate what is left behind, new homes can be beautiful in their own right. After all, they offer fresh chances to explore new and novel places. And they provide opportunities to generate new kinds of subtle magic within the walls of a home—one that hopefully grows to be more comfortable and even cozier with each day, visit, and memory.

About the Author: Logan Lusk (’22) is a philosophy major and Torrey student. She loves going to the beach at night,
reading neat books, and girl power. In her free time, you’ll find her photographing the sky with
her phone, enjoying some groovy tunes, and (probably) mentioning she’s from Texas.