Would You Believe If God Gave You a Miracle? 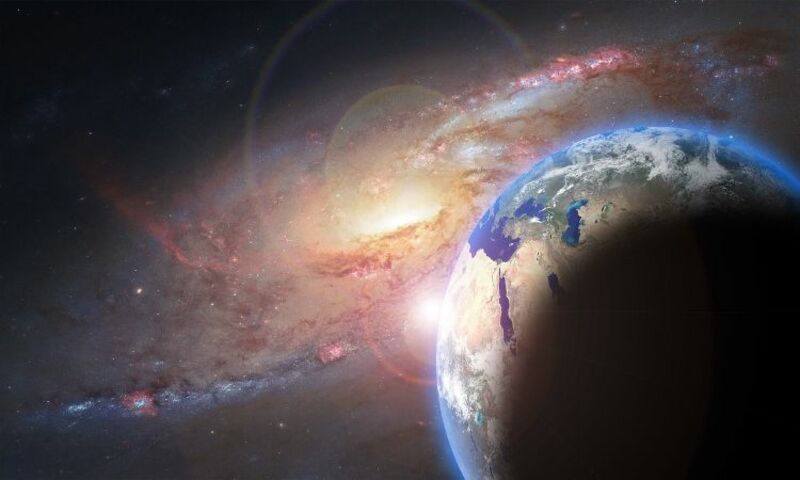 “If only God showed me an extraordinary miracle, I would believe.” Really? Are you sure that you would actually start believing in the existence of God and in what he has said about his Son Jesus Christ if you experienced a dramatic miracle? I think such an assumption is highly questionable. My skepticism is not because the Bible doesn’t sometimes connect the witnessing of a miracle to someone coming to faith in Jesus. (It sometimes does.) It is because the Bible itself also displays the truth that miracles don’t necessarily lead to faith. The Bible parades numerous examples of people — and entire generations of people — who witnessed dramatic miracles, and yet refused to believe.

One way of getting at the answer to this question is by asking: Which generations in the Bible saw the most sensational and frequent miracles? Four biblical generations stand out above any others:

1. The first generation to witness multiple miracles was the wilderness-wandering generation led by Moses. Think of all the miracles that generation witnessed! They saw the ten plagues in Egypt that finally persuaded Pharaoh to let his people go. They crossed the Red Sea on dry ground, received a daily miracle consisting of God’s provision of manna, and were guided through the desert by God’s personal presence — a cloud by day and pillar of fire by night. They even heard God speak audibly at Sinai, a message that was undeniably the voice of God.

Nevertheless! Baal worship predominated in the land, so much so that Elijah thought for a while (wrongly) that he was the only Yahweh-worshiper in Israel (1 Kings 19:10,14). The number of people who were passionate followers of Yahweh during the generation of Elijah and Elisha were a tiny fraction of the total population, despite the widespread report of many miracles at the hands of those two prophets.

3. The third generation to witness multiple miracles was the generation that witnessed the signs and wonders of our Lord Jesus. Let us grant that some of the people who saw Jesus’s miracles did come to believe in him. But many more did not — so many so that Jesus said that the unbelieving reactions of the residents of Chorazin, Bethsaida and Capernaum were worse than Tyre, Sidon, Sodom and Gomorrah if those cities had seen Jesus’s miracles (Matt. 11:20-24). Jesus even wept over the city of Jerusalem because they did not recognize their day of visitation (Luke 19:41-44; Matt. 23:37-39).

Worse yet! The Pharisees who witnessed Jesus’s exorcisms attributed his miracle-working power to the activity of Satan (Matt. 9:34; 12:24). Not only did the miracles fail to persuade them, this category of miracles drove them to extreme conclusions and hardness of heart regarding the person of Jesus our Lord.

4. The fourth generation to see multiple miracles is one that has not yet occurred (if I am reading the book of Revelation correctly). At the end of the age, there will be a great outpouring of judgments from God — mighty miracles — upon the face of our globe. God will be the undeniable source of wondrous and miraculous judgments.

And yet! Despite such miraculous judgments, “The rest of mankind, who were not killed by these plagues, did not repent of the works of their hands nor give up worshiping demons and idols of gold and silver and bronze and stone and wood, which cannot see or hear or walk, nor did they repent of their murders or their sorceries or their sexual immorality or their thefts” (Rev. 9:20-21; cf. 16:8-11).

So, does witnessing miracles automatically lead to belief? The Bible suggests otherwise. God sometimes does bear witness to the truth of his message through signs and wonders (Heb. 2:3-4). But seeing a miracle does not inevitably lead to faith in Christ — in fact, it regularly does not. If someone does not want to acknowledge the truth of what God has attested through a miracle, that person will find a way to reject it, no matter how great a miracle occurs.

If perchance, you are holding out on believing God’s message about Jesus Christ because you first want him to show you a special miracle, the truth is that you are likely never to believe. Jesus once commented about people like you: “If they do not hear Moses and the Prophets, neither will they be convinced if someone should rise from the dead” (Luke 16:31). God has signaled his existence through a massive and beautiful cosmos, conveyed his will through prophets and apostles, and entered this world in the person of Jesus Christ — who in fact did rise from the dead. If you are waiting for a personal miracle, you probably will never believe.

Extra question: Would you believe if others had seen well-attested miracles? What if there were hundreds of documented modern miracles? Because there are.