What is “Civil Religion” and How is it Dangerous? (Book Review) 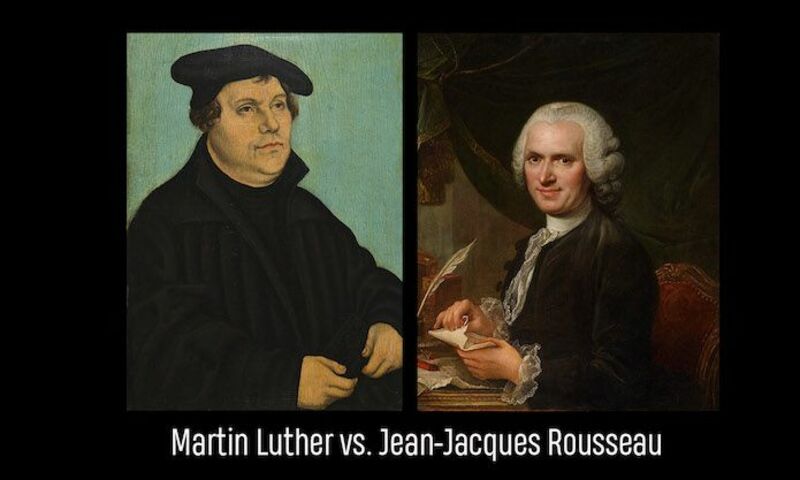 I was recently made aware of a book entitled “Kein König ausser dem Kaiser – Warum Kirche und Staat durch Zivilreligion ihr Wesen verfehlen” (No King but Caesar – Why Church and State Miss Their Essence through Civil Religion) by the German Old Testament scholar Stefan Felber, previously lecturer at a seminary in Switzerland, now leader of an organization in Germany that supports conservative movements within the Evangelical Lutheran Church against the continuous erosion of biblical faith imposed with a heavy hand from the leading bodies of the church.

In his book, Felber points out how much material the Bible provides when it comes to questions around the relationship of church and state. Here are some of his observations.

The role of the state

The role of the church

The current trend toward “Civil Religion”

Felber also analyzes the phenomenon of “civil religion.” He points to French philosopher Jean-Jacques Rousseau who introduced this concept as a religion the contents of which are defined by the highest state authorities. With this, Rousseau developed in effect one of the most influential counter-models to Martin Luther’s doctrine of the Two Kingdoms. The expression “civil religion” can also be related to principles and “values” that are filled and developed by society and then determined by the state authorities. Such principles and values can be in accordance with the Bible or in contradiction to it. Examples for the latter are abortion or gay marriage. As a consequence, persons who qualify, for instance, homosexual acts as morally deficient run an increasing risk of being sanctioned or removed from various offices. It is not difficult to see that this “risk” is actually a sad and appalling reality in innumerable cases. It is scary to observe that through new legislation, especially connected to the concept of “hate crime,” the state presumes the right also to decide on theological questions and the truth of the Bible — for example when it comes to the assessment of gender issues. As Felber observes, this may well lead to an era of martyrdom also in the West. And I would add: unnecessarily so in the sense that all too many Christians vote into power persons who do not respect the limits of the state and the liberty of a person’s biblically inspired convictions.

When churches align themselves with such practices, they subordinate themselves to the ruling civil religion. Thereby, they lose their spiritual right, they are no longer a critical counterpart to the world; rather, they become part of the world.

This happened in effect in the time of Jesus. The Jewish authorities who drew Jesus to court responded to Pilate’s question whether he should crucify Jesus, their king: “We have no king but Caesar.” With this, they effectively submitted to the pagan authority and became part of the pagan system.

The bottom line is clear: Where the state aspires to create a system of this-worldly salvation and implements it through the means of coercion that it has at its disposal (including mass-media and social media), and where the church collaborates by becoming a kind of extended department of the state, a department that specializes in helping people to cope with their everyday lives, the eternal values that keep the state together get lost, and as a consequence also freedom.

Both church and state are constantly tempted to overstep the limits of their commission and move into other areas, where in fact they lack legitimation and where they only survive as parodies of themselves, kept in their position by means of coercion. The end game is obvious and always the same, as history shows: a totalitarian system that is characterized by ideological narrowness, coercion, surveillance, censorship. Ultimately, however, these systems are bound to fail. The failure is necessary, because God never cedes authority over matters of faith to an earthly state, but legitimizes and blesses it only if and only to the degree that the state remains submitted to God’s law. Where the self-elevation of the state authorities leads to the total — and therefore hopeless — self-sufficiency of this world, decay will follow inescapably, even if it may take a long time.

Felber also observes that the totalitarian (pseudo-)religious tendencies that characterize our age are graspable even on the linguistic levels, with the introduction of the categories of Corona-“sin” or climate-“sin.”

On the other hand, the law that God gave to Moses and the Israelites after their exodus from Egypt was a law of liberty from a totalitarian state. In Egypt, the king was revered as divine, and religion and state were inseparable. The deities of Egypt scorned life, liberty and possessions of the Israelites.

Obviously, Old Testament law is held in very low regards today, in various ways and for various reasons. The question is, however, what other law can protect the freedom of individuals, of families, and of faith against state intrusion and state overreach. This is even more of a challenge since Western states have embarked on a course that more and more weakens the freedom of individuals and families and faith. In this broader perspective, also state interference against the liberty of church gatherings in the context of the fight against the Corona-pandemic is viewed critically by Felber. He observes that many Christians point to Romans 13 to justify state intrusions in many areas of life.

A better understanding of the Bible

Felber points out that Christians who use Romans 13 as a text that compels them to accept all kinds of state interference ignore that the authorities are supposed to act as servants of God. To fulfill this role, these authorities have to value God’s laws higher than man-made laws. Felber: “For one must obey and trust God more than men.” This means in practical terms that congregations and denominational organizations must not hand over the competency to decide on matters of execution or frame of worship and liturgy to state authorities. According to 1 Corinthians 6 internal judicial disputes must not be brought to earthly courts; how much less would this be an option when it comes to questions around the organization of worship.

More generally, Felber states, constitutional freedoms need to be maintained against new kinds of emergency-laws; and even more fundamentally, “Thus says the Lord” is the principle that trumps all demands that a state may make when overstepping its God-given limitations.

Because of the language barriers, most readers of this blog will not be in a position to read Felber’s book. However, I hope that the short summary provided here will stimulate your thoughts on the important issues raised in it. As someone who has observed the U.S. only from outside for the larger part of his life, it seems to me that there might never have been a time in the history of this country in which the dangers of a civil government forcefully intruding in all areas of life and investing its resources in a “transformation” that has totalitarian aspirations, in tandem with many churches that lack clarity and courage to withstand narratives promoted not just by state agents, but also by the (so-called) elites in academia, big companies, entertainment industry, and the omni-present media, has been more acute.

Will Christian universities and churches be able to withstand these trends and help to shape, encourage, and guide governmental authorities toward systems that protect and maximize freedoms, including our freedom to freely worship? 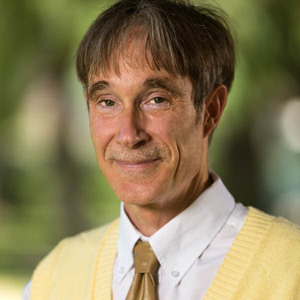