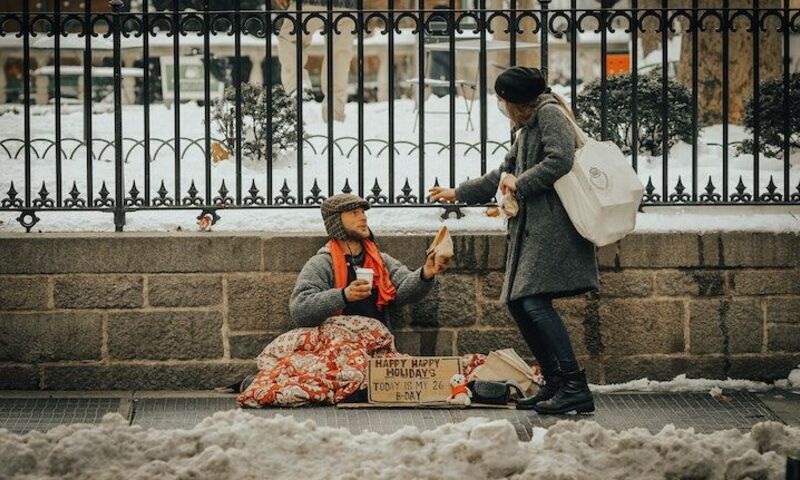 Increased attention is being paid to alleviating poverty. And yet if we want to truly help people we have to identify the heart of the problem and offer solutions that work. This is not intended to simplify the issue of poverty, especially for those who have experienced it. However, this is to offer a perspective on two misconceptions.

Misconception #1: Poverty Is about a Lack of Money

Perhaps the biggest misconception is that poverty is primarily about a lack of having things. In their book When Helping Hurts, Steve Corbett and Brian Fikkert observe, “North American Christians need to overcome the materialism of Western culture and see poverty in more relational terms” (p. 64).

Think about it: When you hear of people in poverty, do you tend to focus on physical things they lack such as food, clothes, running water, housing and medicine? Or do you think in terms of shame, powerlessness, depression and hopelessness, which are what low-income people often feel? Chances are you think in material terms. But is lacking material goods at the heart of poverty?

What if poverty is more complex than merely lacking things? For instance, African American scholar Cornel West believes the basic issue behind ghetto poverty is a “profound sense of psychological depression, personal worthlessness and social despair” in Black America today.[i] While there is an economic dimension to poverty in the ghettos — according to West — the feelings of despair and hopelessness are core factors as well.

Can you see why effective help for the poor must involve more than simply meeting their material needs? The Los Angeles Union Rescue Mission is a great model of holistic care for those in poverty. It offers people food, shelter, clothes and safety. But they also offer people life skills and opportunities to build relationships with others so they can develop as whole people.

There is another huge misconception about poverty: good intentions are enough. People often have the right motives to help the poor, but their methods end up bringing harm. The right desire to help the poor is — for example — what motivates many people to embrace socialism, the form of government in which society as a whole owns the means of production. Like the legend of Robin Hood, socialist politicians promise to redistribute wealth to the needy.

As appealing as socialism may sound, such systems have consistently failed to actually help the poor and in many cases have harmed them. Philosopher Paul Copan observes, “The only cases where the world’s masses have escaped grinding poverty — most accurately measured by increased income per person — is through the twin conditions of free markets and the enforcement of the rule of law.”[ii] Even though capitalism has flaws, it is the best system for helping masses of people escape poverty. Socialism consistently fails in this regard.

The misconception about good intentions also applies on a personal level. Should you give to a person asking for money? Personally, I often do two things when I see someone asking for money. First, I stop and talk to the person. I want them to know I see them and care. Second, while I rarely give money, I often offer to buy the person a drink or a meal. And if I have time and they are open to it, I might sit down and enjoy the meal with them.

If you want to help young people think Christianly about some of the most pressing ethical issues today, check out my latest book A Rebel’s Manifesto: Choosing Truth, Real Justice, & Love Amid the Noise of Today’s World.