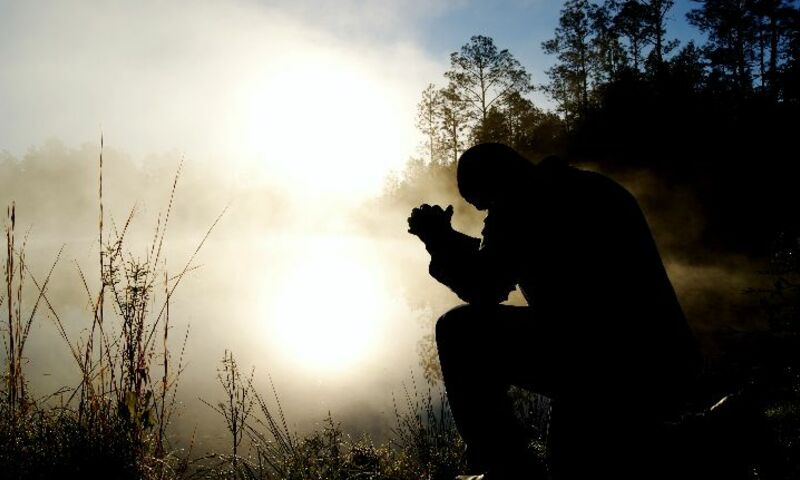 I recently stumbled upon a delightful biblical discovery while doing a word search on the word “seek.” I discovered that the most common place in the Bible where the word shows up in connection with God is 1 and 2 Chronicles. Who would have guessed that? This suggests that seeking God is an important theme in Chronicles. Significantly, despite the fact that Chronicles historically parallels Samuel and Kings (that is, the historical period discussed in those books overlap substantially with one another), and despite the fact that Chronicles clearly draws upon Samuel-Kings as a primary source for historical information, the author of Samuel and Kings never uses the word “seek” in relationship to the Lord (even though the word “seek” in general appears 19 times in Samuel-Kings!).

In other words, seeking God is a significant spiritual concept for the author of Chronicles, but is not a significant theme in Samuel-Kings. The contrast is stark between these two sections of the Bible on this issue. The author of Chronicles in 25 out of 26 of his uses of the Hebrew word darash (“seek”), connects the seeking with God. Unquestionably, seeking God is a key concern for the Chronicler. He even emphasizes it more than does the entire book of Psalms, which mentions seeking God 23 times (if I’ve counted correctly).

I love it when I learn new things — especially when I’m not looking for them!

But this discovery prompted a question: Are there any clues about what the Chronicler meant by seeking the Lord? Can we infer what he intended by his use of the expression just by looking at Chronicles alone? I knew that answering this question might be helpful in my life with the Lord. So I did a personal study on each time the word darash (“seek”) appears in Chronicles.

If you don’t want to work your way through every example in Chronicles, the inclusion of which makes this post a little longer than my normal posts (though you still might find each example interesting), skip to the end of the post to read my summary conclusions of what the Chronicler meant when he wrote about seeking the Lord. Here is every appearance of the word darash (“seek”) in 1 and 2 Chronicles with comments on what we learn about seeking the Lord in each instance.

Each time the word darash (“seek”) appears in Chronicles

1. They [descendants of Simeon] journeyed to the entrance of Gedor, to the east side of the valley, to seek pasture for their flocks. (1 Chron. 4:39)

This is the first and only time in Chronicles that seeking does not connect with the Lord. We do, however, observe the basic meaning of the word from this example. These Simeonites sought out a place to graze their flocks. Active and intentional searching seems to be the main idea here.

All the remaining examples in Chronicles connect seeking with the Lord.

2. He [King Saul] did not seek guidance from the LORD. Therefore the LORD put him to death and turned the kingdom over to David the son of Jesse. (1 Chron. 10:14)

Seeking guidance from the Lord for Saul would have meant asking God (rather than someone else, say, a medium!) what God wanted him to do.

Seeking the ark of God during the time of David meant refusing past passivity and a commitment to care for the ark of the covenant so it could once again become central in the life of Israel.

4. Because you did not carry it the first time, the LORD our God broke out against us, because we did not seek him according to the rule. (1 Chron. 15:3)

Seeking God in this case meant making every effort to live according to God’s commands regarding the ark of the covenant.

5. Glory in his holy name; let the hearts of those who seek the LORD rejoice! Seek the LORD and his strength; seek his presence continually! (1 Chron. 16:10-11)

Seeking the Lord in these verses includes worshiping the Lord, exalting God’s name, rejoicing in the Lord, drawing upon his strength, and coming to him in prayer.

6. Now set your mind and heart to seek the LORD your God. Arise and build the sanctuary of the LORD God, so that the ark of the covenant of the LORD and the holy vessels of God may be brought into a house built for the name of the LORD. (1 Chron. 22:19)

Seeking the Lord in David’s instructions to prepare for the building of the temple of God center upon obedience to do the hard work necessary to prepare a place for proper worship of God.

7. Now therefore in the sight of all Israel, the assembly of the LORD, and in the hearing of our God, observe and seek out all the commandments of the LORD your God, that you may possess this good land and leave it for an inheritance to your children after you forever. And you, Solomon my son, know the God of your father and serve him with a whole heart and with a willing mind, for the LORD searches all hearts and understands every plan and thought. If you seek him, he will be found by you, but if you forsake him, he will cast you off forever. (1 Chron. 28:8-9)

Seeking the Lord in David’s command to Solomon meant learning and obeying all the commandments of the Lord and serving God with a whole heart and a willing mind. We also learn in these verses that the person who seeks the Lord will find the Lord.

8. If people who are called by my name humble themselves, and pray and seek my face and turn from their wicked ways, then I will hear from heaven and will forgive their sin and heal their land. (2 Chron. 7:14)

Seeking the Lord, according to the message God spoke to Solomon after the dedication of the temple, is associated with humbling oneself, praying and turning from wicked ways.

9. And those who had set their hearts to seek the LORD God of Israel came after them from all the tribes of Israel to Jerusalem to sacrifice to the LORD, the God of their fathers. They strengthened the kingdom of Judah, and for three years they made Rehoboam the son of Solomon secure, for they walked for three years in the way of David and Solomon. (2 Chron. 11:16-17 ESV) (2 Chron. 11:16)

Seeking the Lord at the beginning of Rehoboam’s reign entailed following in the ways of David and Solomon that were good, and sacrificing as the Lord had commanded.

Seeking the Lord here is used in contradistinction to doing evil. To seek the Lord required that a person set his heart to do it.

Seeking the Lord in this case appears to have meant worshiping and obeying the law of God rather than going after false gods.

Seeking the Lord during the time of Asa meant (in a general sense) staying faithful to the Lord.

In this case, seeking the Lord looks like it is related to staying faithful to the worship of Yahweh, as opposed to false idolatries (the latter suggested by the putting of people to death who didn’t seek him).

14. In the thirty-ninth year of his reign Asa was diseased in his feet, and his disease became severe. Yet even in his disease he did not seek the LORD, but sought help from physicians. (2 Chron. 16:12)

In this verse, seeking the Lord focused on asking (or not asking) God for help in prayer. Although Asa did seek the Lord for much of his life, at the very end of his life, he depended upon physicians rather than upon the Lord.

15. The LORD was with Jehoshaphat, because he walked in the earlier ways of his father David. He did not seek the Baals, but sought the God of his father and walked in his commandments, and not according to the practices of Israel. (2 Chron. 17:3-4)

Seeking the Lord, for Jehoshaphat, meant walking in the ways of David and Asa, and not worshiping the Baals.

16. Nevertheless, some good is found in you [Jehoshaphat], for you destroyed the Asheroth out of the land, and have set your heart to seek God. (2 Chron. 19:3)

After Jehoshaphat fought in battle on the side of the evil king Ahab of Israel, he received a rebuke by a prophet of God. But during the rebuke, we learn that Jehoshaphat was someone who sought the Lord in many ways. Seeking the Lord for Jehoshaphat, then, meant destroying idolatry and setting his heart on God.

17. [As a large army approached Jerusalem…] Then Jehoshaphat was afraid and set his face to seek the LORD, and proclaimed a fast throughout all Judah. And Judah assembled to seek help from the LORD; from all the cities of Judah they came to seek the LORD. (2 Chron. 20:3-4)

Seeking the Lord in this case meant praying earnestly (with fasting) for deliverance to the Lord.

18. He [Uzziah] set himself to seek God in the days of Zechariah, who instructed him in the fear of God, and as long as he sought the LORD, God made him prosper. (2 Chron. 26:5)

19. For a majority of the people, many of them from Ephraim, Manasseh, Issachar and Zebulun, had not cleansed themselves, yet they ate the Passover otherwise than as prescribed. For Hezekiah had prayed for them, saying, “May the good LORD pardon everyone who sets his heart to seek God, the LORD, the God of his fathers, even though not according to the sanctuary’s rules of cleanness.” And the LORD heard Hezekiah and healed the people. (2 Chron. 30:18-20)

Seeking the Lord during the celebration of the Passover, after such a long period of neglect, meant any level of turning in the direction of worship and obedience to the Lord — even if their obedience was not entirely in accordance with all the rules for worship.

20. For in the eighth year of his reign, while he was yet a boy, he [King Josiah] began to seek the God of David his father, and in the twelfth year he began to purge Judah and Jerusalem of the high places, the Asherim, and the carved and the metal images. (2 Chron. 34:3)

Seeking the Lord for Josiah meant acknowledging the true God, following the ways of David, and getting rid of idolatry, including destroying the high places.

Summary: What the Chronicler meant when he wrote about seeking the Lord