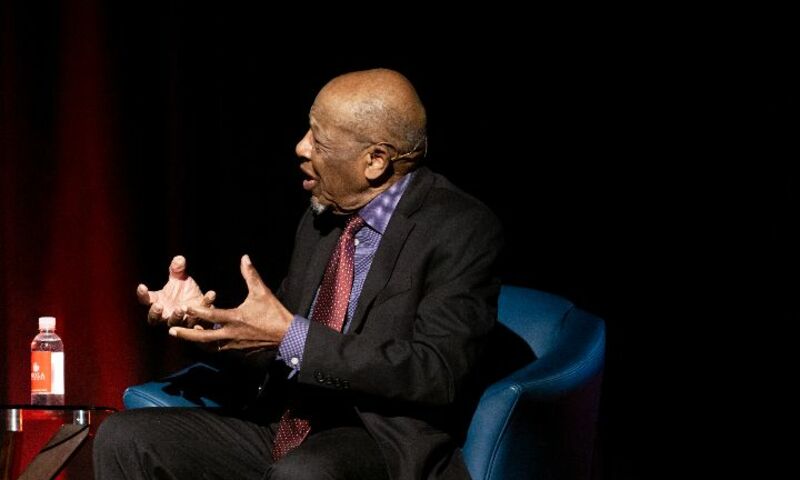 This is the first post in a three-part series in honor of Black History Month. Following posts will be published over the course of this week.

The year was 2008. I was in New Orleans for my first academic conference, the annual meeting of the Evangelical Theological Society. It was a giddy experience to walk the halls with those who had taught me so much through their writings. A living bibliography surrounded me. One thing that struck me was how monoethnic this conference was. Things have changed since then, but in 2008, I was hard-pressed to find anyone of color.

Perhaps that’s why he made such an impression on me. A friend and I were riding the elevator up to the ballroom level for a plenary session. Midway there, the elevator stopped and the door opened. Three men entered the elevator. I remember nothing about the other two men, except that they were taller but more deferential. Leading the way was a short, Black man with a storied face. His eyes sparkled. He was the kind of man whose whole body exuded so much energy that he couldn’t standstill. Most people look down when they get on an elevator, avoiding eye contact. Not him. He surprised us by looking us straight in the eye, eager for conversation. I’ll never forget his southern drawl, “Now, are you ladies here for the theology-thang? Or for the nursing-thang?”

We both grinned at his energy. “We’re here for the theology thing.”

I wish you could have seen his face light up. “Oh! That’s wonderful!” Then, as if admitting a secret, he leaned in and added, “There aren’t near enough women here, are there?”

At that point, the elevator arrived at our floor and we exited. It was true. Women made up fewer than 10% of attendees, including spouses of scholars. We were definitely in the minority.

Imagine our surprise in the next plenary session when our elevator friend took the stage. It was the venerable John Perkins! I had heard his name before but didn’t know him well enough to recognize him. Perkins had been imprisoned and beaten unjustly, and had labored long and hard for civil rights in some of the most segregated corners of our nation. In short, he was a living legend.

Our encounter was arresting. Here was a man who’d been invited to address thousands of (mostly white) participants. He was neither cocky nor self-centered. He had no chip on his shoulder. In our brief conversation, he celebrated our presence at a conference that was planned, led and addressed by only men. He saw us.

Sometime after that, I decided to read his work. Let Justice Roll Down is the amazing, heart-breaking, inspiring story of his struggle for justice in the South. It is neither textbook nor how-to manual. It is simply his story. But he opened my eyes to the ugly realities of racial inequality in our nation. It’s easy to imagine that because slavery ended in the 1800s and African Americans have gained the right to vote, the struggle for civil rights is long over. But here is a man who has lived the struggle and still lives today. I can no longer imagine that the suffering of Blacks in our nation is a thing of the distant past. This man — a friend of Martin Luther King Jr. — steps into the elevator and looks me in the eye. His verve confronts my complacency. I can no longer say “That was so long ago.” This is now.