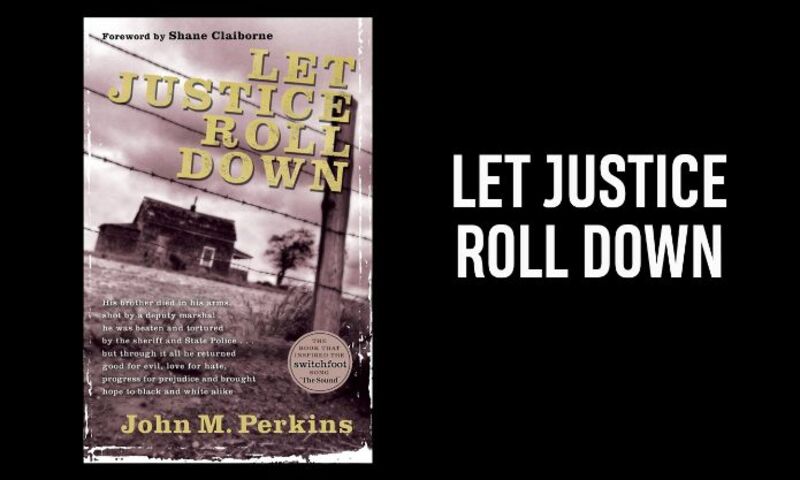 This is the second post in a three-part series in honor of Black History Month. Read the first post here. The third post will be published later this week.

Is racial injustice still a problem today? Or has the problem been exaggerated?

In my previous post, I told of my chance meeting with John M. Perkins. A few examples from his book, Let Justice Roll Down, might help to set the stage for understanding why people in some circles are still talking a lot about the issue of racial inequality.

My parents are both still living. In their lifetimes, the “separate but equal” school system in Mississippi just prior to the famous Brown vs. Board of Education distributed funds in a way predicated on racial discrimination. Somebody somewhere determined that black students “required” less money to educate, so black schools were allocated less than white schools in the same district. Although roughly half of the students in Mississippi were black, only a fifth of the transportation money was spent on getting them to school. Their teachers' salaries were only about 75% of what white teachers made. And almost three times more money was spent on instruction in white schools. (Perkins, Let Justice Roll Down, 86-87).

This is not our distant past. These statistics mean that a black man my Dad's age grew up using inferior textbooks, learning from teachers who were not fairly compensated, and likely walking long distances to school. He grew up hearing the strong message that he was not as valuable, not worth the investment, that he need not have any aspirations beyond manual labor. As a nation, we failed these boys and girls and their parents, teachers and communities. The men and women alive today who were educated in the 50s are still living with the repercussions of their most formative years. They have not forgotten. But have we?

John Perkins himself was unjustly imprisoned in 1969 for trying to help diffuse a tense public situation and again in 1970 for peacefully demonstrating in Mendenhall, Mississippi. He and his friends were beaten bloody and tortured by drunk police officers before being released, though they had done nothing wrong. He explains in Let Justice Roll Down:

“After I was beaten by white policemen, I began to see things a little more clearly. I was able to see the needs of white people and what racism was doing to them. You see, I had gotten set to the fact that the sickness of racism had affected the black community in a way that kept them from functioning as a healthy community. A lot of our people were sick — affected by generations of slavery, oppression and exploitation — psychologically destroyed. But I had never thought much before about how all that had affected whites — how they had been affected by racism, by attitudes of racial superiority, by unjust lifestyles and behavior.” (166)

Most troubling of all was the effect racism had on white churches. Visiting a white church as a black man could get you thrown out by the police. Perkins laments:

“The most systematic haters are ministers and Sunday school teachers. In fact, most of the outstanding killings and murderings of blacks in the South have had white ministers involved in them. This was true even of the killing and secret burying of the three civil rights workers in Philadelphia, Mississippi, in 1964.” (164)

Not all white ministers were racists. Indeed, those who spoke out against racial injustice were themselves mistreated. Rev. James Spencer, a white Presbyterian minister, helped with initial efforts to start Bible classes in Perkins' community, but quit under pressure from the Ku Klux Klan (93-94).

Another white pastor, Dr. Odenwald, slowly started preaching about God's love for everyone, gently questioning whether the attitudes of the white community toward blacks were consistent with biblical teaching. His messages were met with great resistance from his congregation. Under the strain, Dr. Odenwald ended his own life (96-97).

As conservative evangelicals, we believe in the doctrine of total depravity. Given that sinful humans are involved at every level of leadership in society, should we be surprised that the effects of racism have left their imprint on practices across our nation?

Thankfully, we’ve made progress as a society since the 1960s. The Voting Rights Act of 1965 ensures that Blacks can exercise their right to vote. The Fair Housing Act of 1968 makes it more difficult for real estate agents to discriminate against Black home buyers. The Home Mortgage Disclosure Act of 1975 holds lenders accountable by publicly disclosing demographic information for loans.

The gains represented by this legislation are a good start, but such a legacy of injustice does not evaporate overnight. If we want to understand the tensions in our world today, it helps to know history. Meeting John Perkins and reading his book sparked a personal journey of reading more widely. The stories and insights of Black, Brown and Asian brothers and sisters have been so illuminating. I’ll share one of my favorites in the next post.