“Your Life is Hidden with Christ in God”

A Devotional Reading of Colossians 3:3 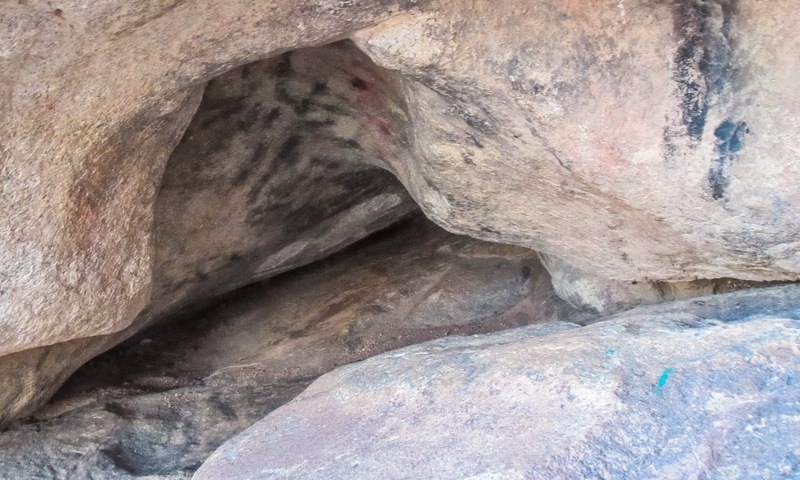 A hymn I learned as a child was running through my mind. I was perched on the side of a mountain overlooking the town of Idyllwild, California—one of my favorite places to pray. I had set aside this time for prayer because I sensed a spiritual storm on the horizon. Here is the chorus of that hymn:

He hideth my soul in the cleft of the rock
That shadows a dry, thirsty land
He hideth my life in the depths of His love
And covers me there with His hand[1]

As I prayed with the help of the hymn I turned around and looked up the steep incline behind me, and—unbelievably—my eyes actually fixed upon a cleft (that is, a small cave-like shelter) under a rock protruding from the side of the mountain. I was sure that God put it there for me!

So even though I’m not an experienced climber, I spent the next twenty minutes scraping and scratching my way up the steep incline until I finally settled into an actual cleft of a rock. I sat in that natural alcove for about two hours, praying as I watched literal storm clouds gather on the horizon and thinking about many saints in the past who were hidden and protected by God in rocky clefts. I thought about Moses, whose story formed the basis for the hymn, who got so caught up in responding to God’s greatness that he blurted out a request to see the glory of God. The Lord, of course, couldn’t allow Moses to see his face since it would have killed Moses, but lovingly placed him in—yes!—the cleft of a rock and shielded him with his hand while he passed by, and then lifted his hand so Moses could get a momentary glimpse of the glory of God (Exod 33:18-23).

I also thought…as I prayed…about the story (actually, a tiny story within the broader Elijah narrative) of Obadiah (1 Kings 18:3-4—not the prophet by the same name), a God-fearing man who hid and fed a hundred prophets of God in two caves while Jezebel was trying to eradicate all of God’s prophets from the land of Israel. I imagined myself as one of those prophets, protected in the cave while waiting out the wrath of Jezebel.

I thought about Elijah who received a renewed ministry-call from the Lord after fleeing from Jezebel and hiding in yet a different cave. God met him on the mountain outside that cave by sending a soft blowing, a hushed whisper of the awesome God of tornados, earthquakes, and fire, but who chose that day to draw in Elijah with gentleness (1 Kings 19).

I recalled the snippet in Hebrews 11:38 about the faith-filled followers who hid out “in dens and caves of the earth.” I thought about the underground cities I had visited in Turkey where ancient Christians found refuge from their persecutors.

And I meditated as I prayed on the truth that because I have been raised with Christ, my life is permanently “hidden with Christ in God” (Col 3:3). In Christ, I am concealed from the evil spirits seeking to harm me, and protected from the malevolent machinations of earthly evildoers. No evil can reach me because I am hidden in Christ. God strengthened my heart with these thoughts.

I emerged from that cleft of the rock ready to descend to the valley below, especially since I could see a (literal) storm about to break. The best part of it all is that I knew that even if I got caught in the storm (literal or figurative) I would still be hidden with Christ in God. It is a firm and secure reality because I am in Christ.

For more devotional readings about what it means to live life in Christ, see my recent devotional book: How to Live an ‘In Christ’ Life: 100 Devotional Readings on Union with Christ.