Why the Church Needs the Catholic Epistles 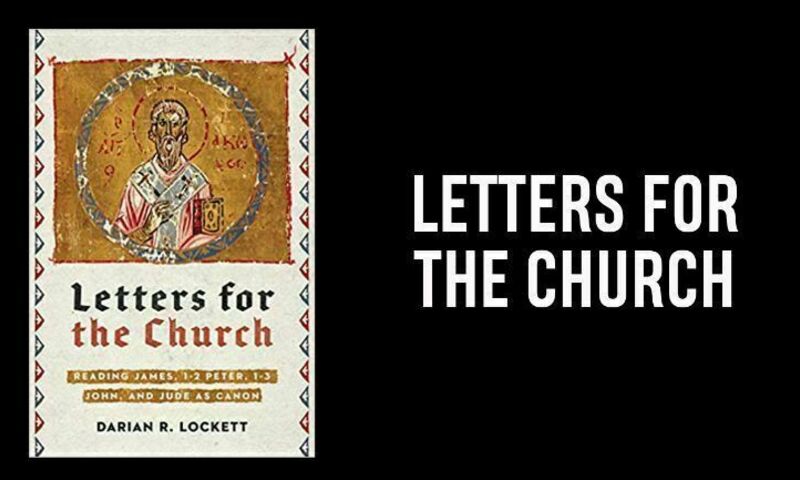 In this post, we interview Darian Lockett, author of the new book Letters for the Church: Reading James, 1-2 Peter, 1-3 John, and Jude as Canon. Darian is professor of New Testament at Biola University’s Talbot School of Theology and is also the author of Letters from the Pillar Apostles: The Formation of the Catholic Epistles as a Canonical Collection and An Introduction to the Catholic Epistles: T&T Clark Approaches to Biblical Studies.

The title of your book indicates that you focus just on James, 1-2 Peter, 1-3 John, and Jude. Why did you decide to focus only on these letters from the New Testament?

Generally, scholars organize the New Testament documents into groups like the Gospels and Paul’s Letters. As one of those groups, the term Catholic Epistles (or General Letters) labels another group of New Testament texts. Often there is a lot of discussion over what letters belong in this group. The Catholic Epistles are variously counted as nine (Hebrews through Revelation) or six (Hebrews through Revelation without the Letters of John). Or, perhaps most often, they are grouped together as a list of eight texts (Hebrews through Jude). This last association is so common that when colleges and seminaries do offer classes on “non-Pauline” letters of the New Testament, it is usually a class focusing on Hebrews through Jude. This grouping, however, was not known in the early church.

In the book, I make the argument that the Catholic Epistles are made up of the letters of James, 1–2 Peter, 1–3 John, and Jude and that this conclusion is based upon evidence from the early church. For example, Eusebius, when discussing the death of the Lord’s brother James, notes:

Such is the story of James, whose is said to be the first of the Epistles called Catholic. It is to be observed that its authenticity is denied, since few of the ancients quote it, as is also the case with the Epistle called Jude’s, which is itself one of the seven called Catholic; nevertheless we know that these letters have been used publicly with the rest in most churches. (Hist. eccl. 2.23.24–25)

In this passage, written sometime around AD 300, Eusebius indicates that there is a collection of seven Christian letters of which James was first (and perhaps Jude was last). The make-up of the Catholic Epistles becomes even more clear just after the time of Eusebius. In several writings after Eusebius, the Catholic Epistles are limited to seven in number and always ordered James, Peter, John, and Jude.

Why were these texts called Catholic Epistles in the early church?

Well, first, it should be said that these are Catholic letters not because they are somehow especially connected to the Roman Catholic Church, but rather because the term “catholic” means universal. Traditionally, Catholic Epistles and General Letters have been used as interchangeable titles for these New Testament books. In this sense, the term “catholic” or “general” is a genre distinction. That is, a catholic or general letter is a letter written to non-specific or general audience. For example, James is written “To the twelve tribes dispersed abroad” (Jas 1:1), or 2 Peter is written “To those who have received a faith equal to ours” (2 Pet 1:1), or again, Jude writes “To those who are called, loved by God the Father and kept for Jesus Christ” (Jude 1).

Though some of the Catholic Epistles address general audiences, not all of them do so. Both 2 and 3 John are personal letters sent from “the elder” to specific audiences: to the “elect lady” (2 Jn 1) or to “Gaius” (3 Jn 1). Furthermore, both Jude and 1 John address specific situations where either intruders have infiltrated a specific church (Jude) or a group of schismatics have left a specific church (1 John). Thus, technically neither should be called a general letter. These observations should caution against overgeneralizing these letters as uniformly written to general audiences.

Therefore, rather than primarily noting a genre distinction — marking a specific kind of letter — the label “Catholic Epistles” should be understood as a title given to a specific group of early Christian letters. This specific title was not given by the early church as a way to differentiate specific kinds of letters, but rather as a way to identify a specific collection or group of letters (not unlike Paul’s Letters). In other words, the term “Catholic” is not an adjective (describing a kind of letter), but a proper noun — it is a title given to a specific collection of New Testament letters.

The Catholic Epistles give us a unique window into early Christian theology and practice. These letters highlight the centrality of love for not only fellow believers (1 Peter and 1 John), but the neighbor in general (James). They explore the inevitability of trials and testing in life that are ultimately from God and therefore strengthen faith (James and 1 Peter). Throughout these letters one finds the pervasive contrast between allegiances to God and this “world” as incompatible (James and 1 John) along with an emphasis upon the reality that true faith is always accompanied by a transformed life, faith is united with “works” (especially James 2:14–26). Finally, the concern for correct doctrine both in the face of false teaching (2 Peter and 1 John) and the influence of immoral living (Jude) surfaces again and again.

Though other New Testament letters are also concerned with the connection between orthodox teaching and moral living, the Catholic Epistles are especially focused on this connection. James focuses on hearing and doing, having faith and works integrated together and 1 Peter encourages Jesus followers to live out their new identity in Christ among a watching, unbelieving world. First John specifically connects an orthodox confession of Jesus with the moral duty of loving other believers and keeping God’s commands. Both Jude and 2 Peter address threats facing the early church. Jude confronts those who deny right doctrine through their immoral and lawless lifestyles, while 2 Peter counters false claims which regard the prophets and Christian expectation for Christ’s return as cleverly invented myths. These are some of the particular ways the Catholic Epistles enrich the life of the church by focusing on the connection between theology and ethics — or between faith and works.

Finally, what do you hope your book accomplishes?

My hope in writing this book is that readers will discover the rich theological and practical insights woven into these early Christian letters. I am convinced that these treasures are hidden in plain sight not only in the text of each letter, but also in viewing these seven letters together as a coherent witness to early faith in Jesus Christ.

Purchase Letters for the Church: Reading James, 1-2 Peter, 1-3 John, and Jude as Canon on here or InterVarsity Press.

For a fuller discussion about Darian’s new book and how studying the Catholic Epistles benefits the church you can listen to the episode of the Guilt Grace Gratitude podcast dedicated to his book: General Epistles Discussion of Letters for the Church. 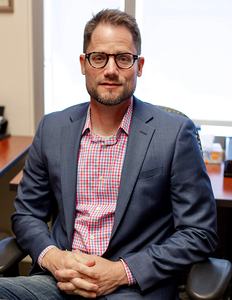