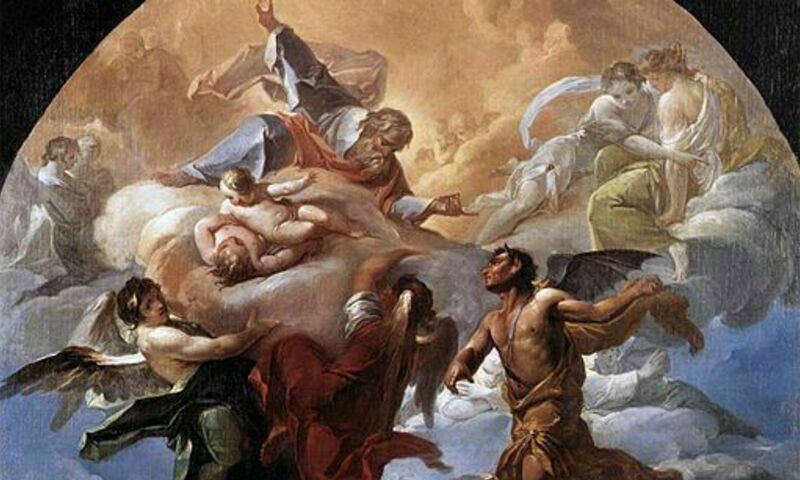 Michael Heiser has done some good academic work during his career as an Old Testament scholar, and I will not hesitate to draw upon his insights in the future. But his view of the heavenly being labeled ha satan (Hebrew for “the satan”) in the book of Job is probably wrong. What I intend to communicate in this post should not be viewed as a general criticism of all of Heiser’s work, nor do I mean to engage his publications broadly in what is after all only a blog post (nor have I read all that he has written). Rather, this post should be viewed as one student of the Bible analyzing and gently criticizing one particular idea that has been widely disseminated by another student of the Bible. Such critique is necessary if we who love the Bible are to “handle accurately the Word of truth” (2 Timothy 2:15).

Heiser (along with some other recent Old Testament specialists) claims that the character designated as ha satan (‎הַשָּׂטָן ) in the book of Job is not the same being we know as Satan or the devil in the New Testament. In his very popular book, The Unseen Realm, Heiser asserts that ha satan is a title (not a name) that means “adversary,” “prosecutor” or “challenger.”[1] He claims that the title “speaks of an official legal function within a ruling body—in this case, Yahweh’s council.” He adds about ha satan, “He is, so to speak, Yahweh’s eyes and ears on the ground, reporting what he has seen and heard.” Heiser claims that ha satan is “not a villain. He’s doing the job assigned to him by God.” In other words, ha satan is a member in good standing among God’s various heavenly attendants, and functions in a role that is something like a prosecuting attorney (pages 56-58).

What arguments does Heiser present for this alternative view of “the adversary” in Job?

1. Heiser asserts that personal names in Hebrew do not include a definite article ha (“the”). Thus, in Job, ha satan cannot be a name, but must be a title.

Even if we grant that ha satan in Job is a title rather than a name, this does not necessarily entail that the being referred to is a different being from Satan. In Germany in the 1940s, someone who spoke of the Führer (German title for “Leader”) would have been employing a title rather than a name to designate Adolf Hitler, but that doesn’t necessitate that the speaker was referring to two different entities.

2. Heiser comments that the book of Job does not connect ha satan to the serpent of Genesis 3.

This is an argument from silence. There is no particular reason why the author of Job would need to make this connection.

3. Heiser correctly notes that in most instances where the word satan shows up in the Hebrew Bible, it doesn’t refer the devil.

True, but his comment is largely irrelevant to the question at hand. All but four of the passages in which satan appears are in reference to a human who stands somehow in an oppositional relationship to another human, which makes those passages immaterial to the question of the nature of the spiritual being labeled ha satan in Job.[2]

4. Heiser claims that since later Jewish writings (that is, after the time of the Old Testament, but before or near the time of the New Testament) portray Satan as a non-human entity opposed to God and God’s people, this demonstrates that conceptual development in the direction of viewing Satan as a single God-opposing spiritual being occurred during the centuries after Job 1-2, Zechariah 3:1-2, and 1 Chronicles 21:1 were written.

Which is more likely? That dramatic conceptual development occurred, to such a degree that later interpreters fundamentally misinterpreted the satan character in Job, Zechariah and Chronicles? Or that later Jewish documents inherited and echoed an interpretive worldview already seminally present in Job, Zechariah, and Chronicles and added to that conceptual base? In other words, is it not more likely that the non-human satan character was and always had been an evil spiritual being opposed to God and his deeds and that later documents reflect and develop that reality?

So far I have only negatively responded to Heiser’s assertions. Are there positive arguments that satan in Job is, as the traditional view claims, an evil angel opposed to God, his people, and his work? Here are five reasons for the traditional view.

The traditional view of Satan as an evil angel opposing the work of God in the book of Job is more likely than the alternative view of Michael Heiser and others who promote similar views.