Was there One John or Two in the Early Church? What Did Papias Think? 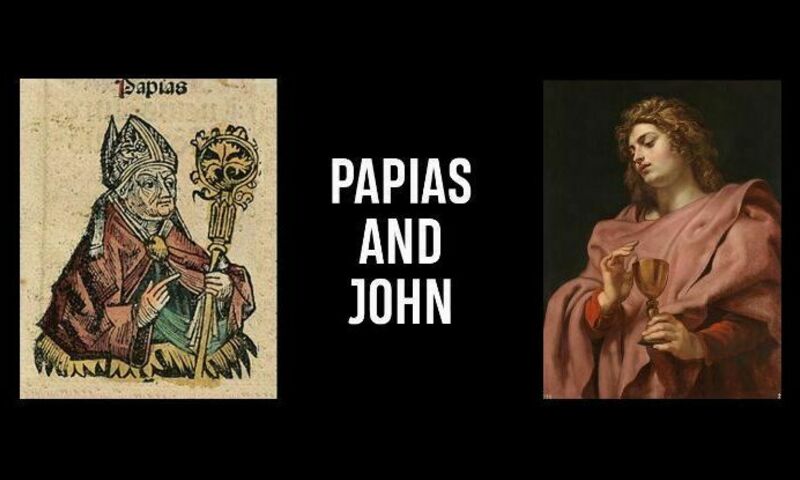 Early in the second century A.D., Papias, one of the Apostolic Fathers, penned an interesting paragraph about which my students sometimes ask. In particular, students are sometimes curious to know whether Papias is referring to one John (that is, the Apostle John), or to two Johns (the Apostle John and a different elder named John). Here is the quotation, followed by a few of my own comments:

I will not hesitate to present to you everything I carefully learned from the elders and carefully retained in my memory, along with my interpretations, and insist that they are true. For unlike most people I did not appreciate those who have lots to say, but those who teach the truth. Nor did I appreciate those who remember the commands of others, but rather those who remember the commands given by the Lord for the faith that comes from the truth itself. And if by chance someone should pass through who had actually been a follower of the elders, I questioned them about the words of the elders: what Andrew or what Peter, or what Thomas or James, or what John or Matthew, or some other of the Lord’s disciples said—and whatever the Lord’s disciples Aristion and the elder John were saying. For I assumed that what comes from books is not as useful to me as what comes from a living and continuing voice.[1]

I recognize that many contemporary scholars follow Eusebius in holding to the view that there were two Johns, that is, John the Apostle and a purported John the Elder, based upon the opinion of Eusebius. Nevertheless, those who hold that there were two Johns basically end up giving preference to Eusebius’s fourth–century interpretation of Papias’s text (Church History 3.39) over Irenaeus’s statement at the end of the second century (Against Heresies 5.33.3–4) in which Irenaeus asserts that Papias (and Polycarp as well) knew John (by which Irenaeus apparently meant John the Apostle; compare his earlier reference to John as “the disciple of the Lord”). Thus, in the section that Eusebius quotes and tries to interpret as pointing to two Johns, a better explanation is probably that Papias mentioned John twice because he was distinguishing between 1) those who died and 2) those who were still alive to consult with personally. John the Apostle belonged to both groups — that’s why he was mentioned twice. It should also be kept in mind that Papias’s eschatology really bothered Eusebius; he had reason to minimize Papias’s credibility. There is no way to know how early the idea of two Johns originated. My guess, based upon the way Eusebius wrote — as though Eusebius were trying to exegete a text of Papias rather than pass on a tradition he had received — is that the two-Johns theory originated with Eusebius himself.

In summary, Papias probably thought that there was only one John, the Apostle John. John the Elder as a separate entity never existed.[2]

[2] The translation of Papias from Greek is my own, published in Kenneth Berding, The Apostolic Fathers: A Narrative Introduction(Eugene, OR: Wipf & Stock, 2017) on page 56. The explanation given above is found in the same volume, on pages 126-127. For an easy-to-read introduction to Papias’s life and work, see chapter 6 in my narrative introduction.