Strength in Weakness: When God Showed Up in my Classroom 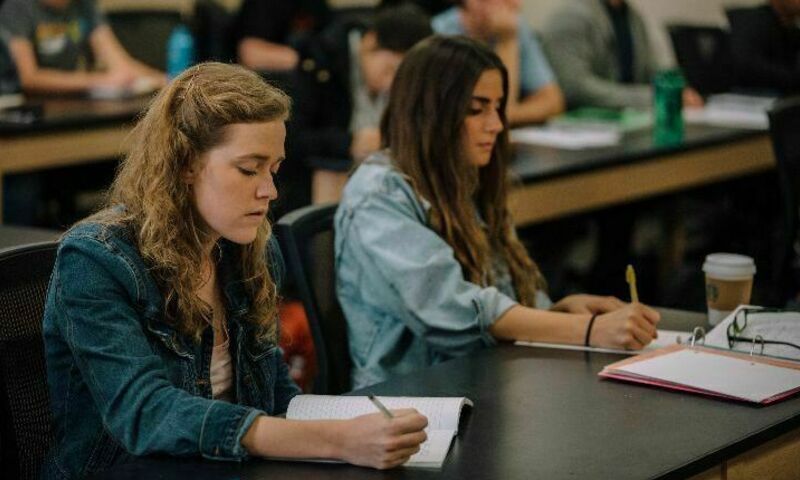 Have you ever been present when God’s manifest presence breaks into a prayer time, a sermon, a worship service or a Bible study? This happened quite unexpectedly one morning during a summer class I was teaching — yes, in a college classroom. I was discussing Paul’s thorn in the flesh (2 Cor 12:7-8). What was it, anyway? His thorn obviously brought him deep pain. Paul not-so-lovingly labeled it “a messenger of Satan to beat on me, to keep me from becoming conceited.” Yikes. Sounds intense … But what exactly was it?

Was it a person or group of persons who opposed him, as the ancient preacher Chrysostom thought? Or was it, more likely, a recurring illness or disability that hurt like crazy, as the even more ancient theologian Tertullian — and many more after him — have thought? Or maybe it was something else altogether. I ran through a half-dozen possibilities with my students, and noted that Christians facing various trials throughout history have discovered spiritual help from Paul’s lesson about power in weakness.[1]

I continued teaching. Three times Paul asked the Lord to take it away. Actually, Paul tells us that he pleaded with the Lord to remove it. Whatever the specifics of his suffering, it weighed so heavily on Paul that he was reduced to begging. “Please, Lord,” he groaned as he prayed. “Please … if there is any way … this is so … hard …” Three times. Not one short period of prayer (“take it away … take it away … take it away”), but probably three extended periods of prayer, maybe even separated by years.

But God did not take it away. Instead, after his third season of imploring the Lord to remove his thorn, he heard God speak words that have ministered to countless Christians throughout the centuries. “My grace is sufficient for you, for my power is made perfect in weakness” (2 Cor 12:9).

As I read this verse aloud to my students, I unexpectedly had a strong urge to ask a question. “Have any of you experienced the truth of Paul’s words? Have you ever observed the power of God released amid weakness?”

The breath of the Holy Spirit blew across our classroom. Student after student began to open up about their own experiences with suffering or the suffering of people close to them — recurrent and painful illnesses, humiliation, betrayal at the hands of people they trusted — and how they experienced God’s power in the midst of weakness. There were tears of pain mixed with joy as student after student recounted how they had been humbled by their pain and learned to trust in God. And in that moment, a university Bible teacher who sometimes feels insecure about whether his classes are making an impact, had eyes to observe that the power of God was breaking through, despite his inadequacies. He rejoiced along with his students that God’s strength had repeatedly proven sufficient for them. They — and he along with them — remembered that even though they were “weak in him,” they had abundant grace to “live with him by the power of God” (2 Cor 13:4).

At the end of it all, professor and students alike walked reverently out of a classroom-turned-temple, rejoicing in the sufficiency of Christ, and in the grace-saturated power that God manifests in those who acknowledge they are weak.

[1] I am currently working on an academic book on Paul’s thorn in the flesh, tentatively entitled: Paul’s Thorn in the Flesh: New Clues for an Old Problem. But you’ll have to wait a bit more before I’ll be ready to publish the results of my endeavors.