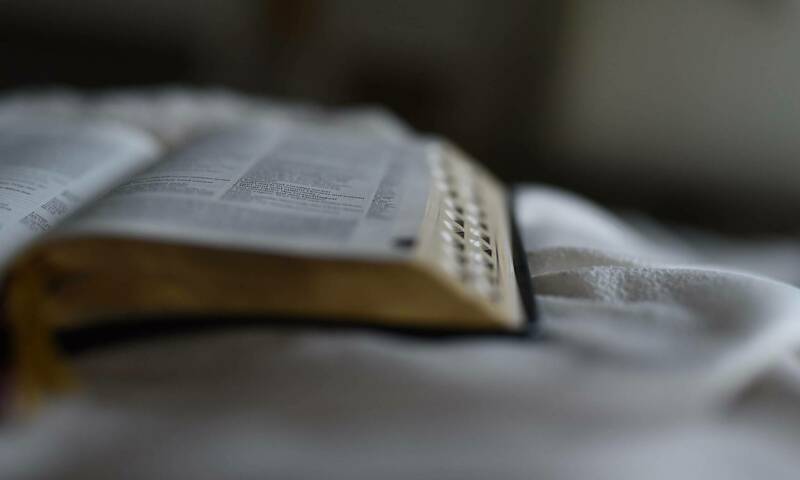 In the modern era, we have witnessed the rebirth of charismatic gifts. Praise be to God the giver of the Holy Spirit for his gifts to his church. However, with the resurgence of the sacred gifts, especially when it comes to the gift of prophecy, confusion can be introduced to Christian people, and consequently also to society as a whole. This becomes problematic when the gift of prophecy gets linked to utopian ideals that foster persuasive manipulative power, and hold the potential of altering the consciousness of otherwise reasonable human beings. Such manipulation is what we recently observed in regards to presidential prophecies uttered by leaders of various American Charismatic and Pentecostal movements. Such false prophecies communicated fear and a confusing political rhetoric that facilitated derision and judgment towards the church. Such “prophecies” also functioned to misrepresent conservative Evangelical Pentecostals and those in Renewal Movements. Thus, when it comes to spiritual gifts, we need the Spirit to guide us in their proper use. In this brief reflection, let me introduce four Biblical foundations that help us construct a proper theology for interpreting prophecy in a healthy and balanced way.

First, biblically speaking, prophecy builds up the church, and does not tear it down. It is rooted in Scripture. It is also affirmed through collective discernment. The book of Acts and Paul’s writings reveal a key feature of true prophets and prophecy, that is, “they build up the church.” Prophecy must always lead to the edification of the body of Christ, and not the division of it. Paul recognized the value of the gift of prophecy, but gave instructions for its proper use (1 Cor. 14:29-33), “Let two or three prophets speak, and let the others judge… For God is not the author of confusion but of peace.” An alleged Spirit-inspired prophetic word given to the church is fallible if it is not critically evaluated by the diverse church community. Furthermore, if it does not build up with peace the body of Christ, but instead tears it down, it is false. Paul instructs us that we need to have discernment and a collective wisdom to recognize false prophecies uttered by prophets claiming to speak on the behalf of God. Throughout the Old Testament, especially in the prophets, we see how Biblical prophecy was regularly confronted by its counterpart, false prophecy. Such counterfeit prophecies increasing became persuasive to the people of Israel. People were confused, manipulated, and suffered consequences. Today, these false prophecies can also have the same effect on the church, so we must have a Biblical framework to discern them (Deut. 13:1ff; 18:15; Jer. 14:14; 27:15; 9:9,21; Isa. 28:10-15).

Second, the benevolence of the Holy Spirit for his people is never manipulative. It is always filled with God’s love, life, shalom, justice, reconciliation and restoration. The true prophetic message in the Spirit is the proclamation of the saving gospel of our Lord Jesus Christ that reaches into the messiness of our lives. The true prophetic message in the Spirit turns hearts towards God in a tender and personal way. It also transcends personal and social backgrounds, rising above questions of whether one is fortunate or marginalized, oppressed or free, discarded or privileged. The true prophetic message reveals Jesus through the proclamation of the gospel, is permeated by reconciliation, and works towards reconciliation, transformation and reformation in our world. In other words, someone is in one sense engaged in giving a true prophetic message every time someone speaks about the reconciliation available in Jesus. On the other hand, the “god” of the fake prophet separates, is violent, warmongering, coercive, destructive, dominating, divisive and demonizing of “others” who do not share the same view on every particular issue. The predictions of false prophets create anxiety, fear, and distress for those who hear them. Much of what we hear today has no paraklesis or comfort, nor offers corrections that edify the church or inspire the transformation of personal or social issues. If the words given by the prophets do not reflect truths that build up rather than tear down, they are manipulative and socially dangerous (Isa. 61:1; Luke 4:18; John 14:16,26).

Third, a true prophet is called to be a martyr. In the Old Testament a true prophet used to swim against the current, and stand against the consensus of public opinion. He/she questioned what others took for granted. He/she (Moses, Amos, Nahum, Zechariah, Miriam, Deborah, Huldah, etc.) stood in the midst of the people as an uneasy conscience—not only to the people, but also as an “examiner” of his/her own life and intentions (Von Rad: 103 - see notes). That is why the prophets continuously struggled with the people, were rejected by the people, and often died violently at the hands of those to whom they prophesied (Matt. 23:31,35,37). Ouch... I don't know if modern prophets are aware that this gift is a call to be with the people, to participate in martyrdom, and not to predict destruction with subjective messages delivered at a distance via television or other social media outlets. In other words, a prophecy was an embodied message lived out by a prophet in personal connection with the people. He/she was the prophecy, and the inspired message integrated personal and social struggles that he/she experienced, and that led the prophet to be courageous and speak out, all the while knowing that he/she could be put to the sword. Such willingness to suffer among the people is what prophets in the church are called to do today. However, today’s many of the self-nominated prophets are disconnected from the essential requirements proposed by Von Rad, and, most importantly, from what we see in Scripture. Instead, prophetic words have been used as subjective tools to express dissatisfaction by creating fear; visions are promulgated that advance personal agendas.

Fourth, false prophets and their prophecies are apathetic about the peace of the city and its citizens (Jer. 29:7-10). Instead, their predictions agitate and foster social unrest. Such agitating prophecies have been observed in recent political prophecies in the United States, Latin America, Africa and other places in Europe. I must clarify that such prophets do not represent all evangelical Pentecostal and Renewal communities. False prophets represent their own ministry and personalities. As they utter confusing predictions, they publicly tarnish the reputation of the Holy Spirit, and make a mockery of sacred spiritual gifts that have renewed the church and advanced evangelism in the 21st century. For many conservative Evangelical Pentecostals, and others in Renewal movements like myself, these people appear to be what Jesus calls “false prophets and diviners,” that now have been put to shame by media and the Spirit of God (Matt.7:13-20).

For those who embrace the Pentecostal/Renewal traditions, as well as those in traditional evangelical denominations, we are being called not to a new task, but to an ancient practice of servanthood with kindness: to now offer a biblical correction in love, clear up the confusing prophetic messages with patience, and reconstruct with grace the image of evangelical conservative Pentecostal and traditional evangelical identity. Help us Holy Spirit, and forgive us, for we have grieved you. We love you, Holy Spirit, and we are publicly ashamed of using your name and false prophecies to separate your holy people from one another.