Why is it sometimes good to eat a hungry person’s food?

Poverty and the Church, Part One

One spring break during college, I went on a missions trip to the section of downtown Los Angeles known as skid row. It continues to be a place with a large homeless population. One purpose of the trip was immersion: we had a small taste of the experiences of those who live on the streets. During the week we stayed in a skid row hotel, which is just a room with no furniture and a shared bathroom down the hall. We shopped for our food using public transportation. We cooked meals on a single hot plate and without a refrigerator. A homeless family may be able to stay in a hotel for a few days when they receive a welfare check or some other kind of income. Then they go back to the street when the money runs out. We spent time on the street sharing the gospel with homeless people who lived there.

One evening we were out talking to people. My friend Chris on the team bought one of those huge bakery muffins to give to a homeless man with whom he was talking. At one point during the conversation, the man Chris had given the muffin to handed the muffin back to Chris and offered him a bite. Chris took a huge bite out of the muffin and I was horrified! Here was someone who was hungry and Chris was eating his food! Why didn’t Chris politely decline and say he wasn’t hungry or something? I was very puzzled. I thought he had done the wrong thing. How could it possibly be right to eat a hungry person’s food?

Since then, I have come to think that Chris did exactly the right thing.

This post is the first in a short series on poverty and the church. A few short posts can’t do justice to such a large and complex topic. My goal is simply to trace one significant line of thought about the church’s role in alleviating poverty through inter-dependent relationships. In the final post of the series, I’ll explain why Chris loved that homeless man well by eating his food.

In the next post, I’ll provide a theological diagnosis of the problem of poverty. 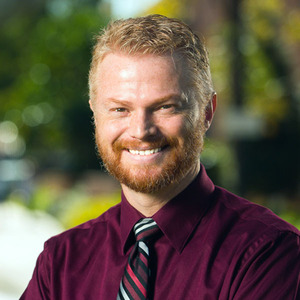