The following is an excerpt from R. Scott Smith's blog.

Previously, I gave summaries of their updated views. Now, I shift to some assessment. Based on his interpretation of Plato and Aristotle, McLaren claims Christians have come to understand Eden pre-fall as a perfect, unchanging state, and thus no story. For him, this runs counter to the human story, for it’s one of evolutionary development, with God working with us to help us mature.

Overall, like some others, McLaren thinks Greek philosophy contaminated Christianity by introducing many destructive dualisms. The Greek story corrupted the holistic emphasis found in the Jewish scriptures, leading Christianity astray. This move allows McLaren to explain many Christians’ emphasis upon saving the soul so it goes to heaven when the body dies by linking it to the (supposed) Platonic emphasis of the inherent superiority of the immaterial over the material. He also uses it to explain the inherited dualism between Creator and creation. And, he explains Christian exclusiveness by connecting it with Roman imperialism. He thinks the Roman mindset of the superiority of its way of life, and Roman colonization of barbarians, has contributed to Christian arrogance.

But there are some major problems with this analysis. First, contrary to McLaren, Plato did not think of human beings as static and unchanging, or that what exists in physical reality is just an illusion. Plato did believe an immaterial, essential nature, like humanness, itself does not change, but particular flesh-and-blood humans, who share in humanness, can and should grow in their capacities (e.g., the virtues). So, humans are not static on Plato’s view.

Moreover, McLaren portrays Aristotle as believing reality consists of changing material stuff; what doesn’t change are words we use for things. But, this isn’t Aristotle’s view; he affirmed the reality of our individual essential nature (our soul). In terms of our essential capacities, the soul is unchanging and thus grounds one’s personal identity through time and change. Without that sameness of person, how could there be a story that’s about someone? But, Aristotle also developed in detail how we can grow in the virtues. In this way, we can change, and yet remain the same person throughout those changes.

Furthermore, McLaren misuses Aristotle to justify his Greco-Roman narrative. For Aristotle, it is not bad that things change. Instead, we can grow toward our true goal (telos) through change. Importantly, then, it isn’t true that by embracing (even if implicitly) Aristotle’s dualistic metaphysics, of our being a unity of a body and soul, that Christians have bought into a view that is negative or bad. Aristotle’s metaphysical views can help explain how Adam and Eve could develop and grow, and yet remain the same persons, even before the fall.

This is a crucial issue for McLaren’s Greco-Roman version of the gospel story we supposedly have received today. McLaren stakes his treatment of the fall therein on his view of Aristotle, but he misunderstands him.

Yet, it is commonplace for McLaren, Pagitt, and others to claim that Greek philosophy, with its dualisms, has corrupted Christianity. What might motivate this claim? First, it allows them to develop a view of humans (and creation) that is holistic, in which we are made of one kind of thing (physical), and then extend that to how we are related to God already – we are in God.

Second, it allows them to avoid universals (like a literally common human essence) and instead embrace nominalism. Plato and Aristotle both embraced universals – qualities that are essentially immaterial in themselves and yet are a one-in-many. Take the virtue of justice: as a universal, it is one thing. Yet, it can (and should) be instanced in many people. In contrast, on nominalism everything is particular, a position which will affect their views in several ways. This means there can’t be a literally common human nature we all share. Instead, there are just many individuals that we may call humans. Nor is there justice; there are only many justices (or, what different peoples call justice).

In my next post, I’ll explore how their views about what is real, including what kind of thing humans are, will have serious implications, including for our hope of the resurrection. 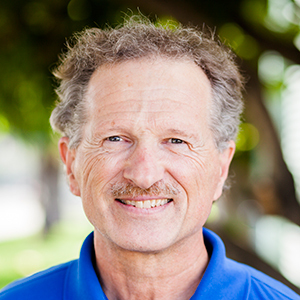