"Beginning with the Oldest" 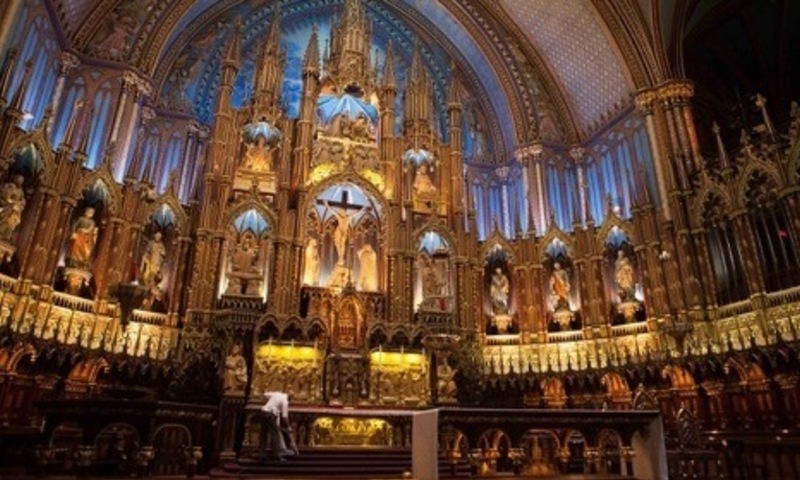 Sometimes meditating on Scripture can be enhanced by viewing art in conjunction with the Scripture. Recently my wife, Anita, attended a one-day workshop and retreat that involved both Scripture and photographs. At the beginning of the day the participants were asked to consider various photographs and to pick one that triggered an emotion in them. They were to choose it not because they liked it, but because they were drawn to it some way. Anita chose this picture of the inside of a cathedral. 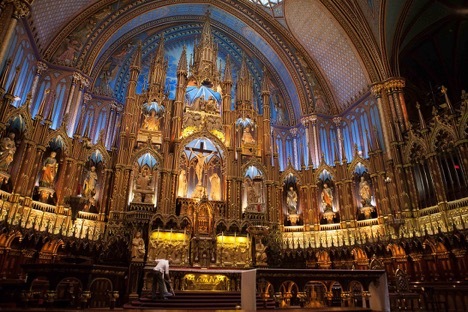 Last year we visited York, and this photograph reminded her of the Yorkminster Cathedral. The golden light seemed to draw her eyes up and up. The blue she saw as purity and evoking nature in the image of the sky.

Then the participants were asked to put their chosen pictures aside until later in the day when they were directed to take out their chosen photo and listen to a reading of John 8:1-11. But how would this picture have anything to do with the passage of the woman taken in adultery?

Reading the scripture again about how Jesus dealt with the woman caught in adultery, this time she saw something she had not noticed before. Jesus said that only someone without sin should throw the first stone, and they all left. That much is very familiar, but what the casual reader might not notice is that the older ones left first. Whether they knew it or not, they were setting the example for the younger ones who left last. We too are the “older ones” and we need to set the example for the younger ones – those who will come after us.

But what did this have to do with the photograph?

Taking a closer look at the picture, Anita saw the man vacuuming the steps. She hadn’t seen him when she first chose this photo but now realized that he brought a humanness to the photo, adding flesh and blood to a place of stone, rock, steel, and glass. The Law of Moses had become a structure like the cathedral, but as words on a scroll. It had lost its humanity for these scribes and Pharisees. The religious leaders and the woman caught in adultery were flesh and blood. The oldest Pharisee saw that in Jesus’s words and walked away, not casting a stone.

Just as this cathedral points our eyes up, so the older believers among us are to point the way up. What was Jesus saying to Anita through this picture and the Scripture? As we grow older in the faith we have a responsibility to those coming after us. We become like the man vacuuming the steps. He is cleaning for those who will come next, cleaning after those who were already there. He is making it so those who come after can see, can enjoy, can have their eyes lifted up also.

As small and insignificant as this man appears in the picture, he is important. He is doing a job assigned to him. He is doing his part to care for this place that points eyes upward. Others have jobs to do there also, but the goal is always to point the eyes upward.

Any of us may think we are small and insignificant, unnoticed, but doing the job God assigns to us as His children is important—it will point upward. We are never too old to point eyes to God. Our assignment may change, but our position, even as we age, is critically important to those who come after.

Sometimes we might think that meditating on Scripture is merely reading the words on the page, but Anita’s experience illustrates how God’s Word in Scripture can make a point of contact with the world around us if we only open our eyes to see.