Taking Offense at Jesus: Did Israel Have a Wrong View of the Kingdom? (Part 1)

Reading the other day in Luke’s Gospel I ran across some arresting words aimed indirectly at John the Baptist. In Luke 7:23, right after the account of John sending a delegation of disciples to inquire whether Jesus is the “Expected One,” Jesus cites his deeds and words to say in effect, “yes, indeed I am.” But then Jesus closes the episode with another “beatitude” seemingly made in John’s direction: “Blessed is the one who takes no offense at me.”

The saying comes in the context where Jesus has lauded the faith of a Gentile Centurion as excelling that of Jews in Israel (7:18). His fame is going all throughout the land (7:17), but his people are rejecting his true identity. They are like “children who sit in the marketplace and call to one another, and they say, “We played the flute for you, and you did not dance; we sang a dirge, and you did not weep” (7:32). The leaders judge Jesus to be a gluttonous man, and a drunkard, a friend of tax collectors and sinners” (7:34). 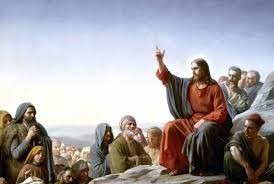 It’s about expectations—and expecting God to submit to yours, namely. And on this one even John falls on the wrong side of Jesus.

When Jesus first appeared as a preacher of the Kingdom of God his call was simple: “Repent for the Kingdom of God is at hand” (Matt 4:17; Mark 1:15). The formulation follows a classic mantra Israel had long heard from her prophets. Namely, God desires a people who walk humbly before Him (Micah 6:8). He is near to the “humble and contrite of spirit, and who trembles at My word” (Is 66:2). He answers those who “humble themselves and pray and seek My face” (2 Chron 7:14).

John’s own ministry was in concert to this condition for God’s nearness. His was a baptism for repentance to prepare the way for the Lord’s anointed Servant (Luke 3:3; Mark 1:4). But of what was Israel to repent? Though many like N. T. Wright say Israel needed to repent of their materialistic and particularistic views of the Kingdom of God, the problem is in fact much deeper and more human.[1]

Israel’s problem is still about expectations, and to some extent about expectations of the kingdom, but their FAIL is not with the nature of the Kingdom per se. In the main they were expecting what the prophets said they should. By Donald Gowan’s apt summary, the prophets said Israel should look for God to move in three domains: Pouring out his Spirit (1) God will give his people a new heart to walk in his ways; (2) God will bring in a new social order for all nations starting with a restoration of the “fortunes of Israel” (here’s where kingdom comes in explicitly, Dan 2:44, e.g.); and (3) God will bring in even a new cosmic order of unparalleled fertility and abundance.[2] When Jesus comes on the scene this is still the basic contour of what would come to mind within a matrix of “Kingdom,” “Expected Prophet” and the “Age to Come”, that we see in the Gospels. Israel’s is hoping for what the prophets said they should.[3]

Like us all though, they were guilty of some “selective hearing”—muting the love and Kingdom of God for all, Gentiles included—but their real error was not missing that the Kingdom in Jesus’ proclamation had become something just spiritual or individual—a new allegiance to God, a “taking the yoke of the Kingdom” to your heart as the rabbis would say later.[4] No, the material, socio-political aspects of the kingdom they had right—and still do. Their problem was expecting God to give the “goods” of the Kingdom without the requisite submission to God that true repentance means. Whether is was the outsider “sinners” or those true believers in the so-called “Four Philosophies” of the day, everyone had put the Living God under some kind of human critique.[5] God needed to dance to their tune—to use the metaphor of Jesus.

It’s the moralizing –, “flesh” – bent of every fallen heart since Genesis three. And the Gospels show us how deeply this bent runs—how it’s one that even the repentant wrestle with, too. Here’s John; and here’s Mary, Jesus’ own mother.

Think about it a minute. Not that many months prior, John had introduced Jesus to the world as “the Lamb who takes away the sins of the world” (John 1:29). He had immersed Jesus in the Jordan as the one that would baptize Israel into the world the prophets said they should wait for (Matt 3:11). He knew who Jesus was—the Lord’s King, but here he rots in Herod’s prison! And he begins to doubt ... that is, “take offense,” because Jesus is not following the plan. He’s not taking means—fast enough by John’s timetable—to lift Israel’s oppression: no miracles or rhetoric against Rome or Rome’s puppets like Herod! “Are you the Expected One?”

Same for Mary. Thirty years before, she had heard the angel—that’s right, the angel, say that her son “will be great …and the Lord God will give him the throne of his father David. He will reign over the house of Jacob forever” (Luke 1:32 – 33). But in the same way as John she begins to wonder because the promise isn’t unfolding according to her expectations. With Jesus’ brothers she will take measures to remove him from public view because she thinks him to be “out of his mind” (Mark 3:21). Again taking offense at Jesus. 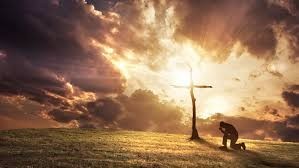 The problem is not that God’s promises to Israel and the world have changed. The issue is that he requires that we allow him to set the agenda for fulfillment. And this is something even the faithful like John and Mary wrestle with. At this phase of his ministry (more on this in Part 2 coming up) Jesus has done nothing to present a re-defined Kingdom hope to his people. No new definitions, no scolding “Have you not read the kingdom is just a spiritual deliverance!?” In fact it’s just he opposite. Jesus never says that his contemporaries have the nature of the kingdom wrong; it’s humility before God they lack and what he explicitly calls out (see Matt 11:20 ff.). In every way Jesus comes by the prophets’ playbook, but Israel wants it their way.

And this, Jesus says, we all get wrong.

[1] N. T. Wright and Marcus J. Borg, The Meaning of Jesus: Two Visions (HarperSanFrancisco, 1999), 38. In fairness to Wright, his larger point in the dialogue with Borg is the same as mine here—repentance as giving up your agenda. But Wright claims Jesus was telling Israel to give up the prophets’ agenda as well.

[5] The eschatological “problem of purity” defined the four schools of Israel’s life. Whether it was requiring priestly purity of all (Pharisees), temple sanctity (Sadducees), taking up arms (Zealots), or complete separation (Essenes/Qumran), the aim was to force God’s hand through human achievements of purity. When Israel made herself clean, then God would accept them and deliver. The moralist’s dream! See R. H. Hiers, “Purification of the Temple: Preparation for the Kingdom of God,” Journal of Biblical Literature 90 (1971): 82-90; and Jacob Neusner, The Idea of Purity in Ancient Judaism (Leiden: Brill, 1973).