Imagine in the year 2047 that anti-aging therapies have developed so far that wealthy people not only cease aging, but some have begun to reverse. A few have even started to celebrate reverse birthdays in accordance with their rehabilitated age.

Once sixty-seven, Sam now marks his age at forty-two. With the turn around he has re-entered life with friends of his newfound youth. The camaraderie is hollow because their experience does not match his. As the age of their parents in life experience, Sam laments the brevity of their vision and the shallowness of their reflection. They are not peers to him, so he is alone. This solitude drives Sam to find others like him, old who appear young. When he meets someone near to his apparent age, Sam is skeptical and presses the other for hints and symptoms of age reversal.

Strange also is for Sam to see in photos that he is now the same age as his children. His daughter’s friends flirt with him. His sons feel uncomfortable to be peers with him while being so far behind in experienced know-how and acquired wealth. Others just view Sam as a freak; the technology was secret and protected by the initiates. They feared discrimination through being unmasked as the elderly in disguise. Stem cells, blood transfusions, and hormone therapies had blocked the aging degradation. No alcohol, no meat, and ten hours of exercise each week were hard requirements for some participants, but the results for Sam made every sacrifice worthwhile.

Along with losing friends that viewed him as a cheat who was now too young for them, Sam also lost his wife. To her, his youth and vigor reflected her decline and age. When a waitress assumed that Sarah was his mother, the endurance was broken. She wallowed in her infirmities and cast Sam out. He just did not fit with her any longer, she said. He was moving too fast, had too much energy, and she could not keep up. Sadly, the therapies that had been miraculous for Sam only made Sarah nauseous and weak. Because of this loss of a long marriage, Sam was tempted to give it up for Sarah’s sake and to retain her companionship.

Unfortunately, he was too far gone in to the reversal. His body continued to regenerate towards youth at an increasing rate. Sam felt his testosterone levels rising as he passed from forties to thirties, and this after he had ceased the injections of growth hormone, blood transfusions, and testosterone. In five years, he reversed nine. People began to dismiss his comments because they assumed he was so young, speaking without experience. Talk was that he was a trust fund heir who knew nothing of life. Never having gone to college, Sam considered it now because he would soon pass for late twenties. For this problem of his apparent age, he had his passport and other identification modified. His actual birthdate and chronological age were unbelievable. More people who knew him were dying, including Sarah, so that the loneliness was exacerbated. He had youth, wealth, and wisdom, but companionship eluded him. As rapidly as his dogs aged, Sam’s body was going the other direction at a seven-fold rate.

He fit in nowhere. All his interests and tastes were old, but old people were uncomfortable with his beaming youth. No one knew him any longer. Would he ever age again? Would he even die? He even stopped eating well and exercising, hoping to stem the rejuvenation, but not even sloth seemed to affect him negatively now. In a final disorientation, even his body seemed to have left him behind.

When his children died, Sam had regressed to his teens. He felt his brain’s prefrontal cortex separate into two lobes, not as a physical sensation, but the dismaying awareness that he no longer cared for the future. Nearly all his wisdom seemed to have leaked out of that fissure. Instead of his elderly brain that had trouble remembering before therapy began, his young brain had trouble looking ahead, drawing conclusions, and seeing consequences. He was increasingly self-absorbed and restless. He played video games for hours on end and could not sit still without music or some distracting stimulation. He thought about women all the time, but they all treated him like a boy. It was imprisonment in a body gone over the edge into youth.

For more of this story, please read Part 2. 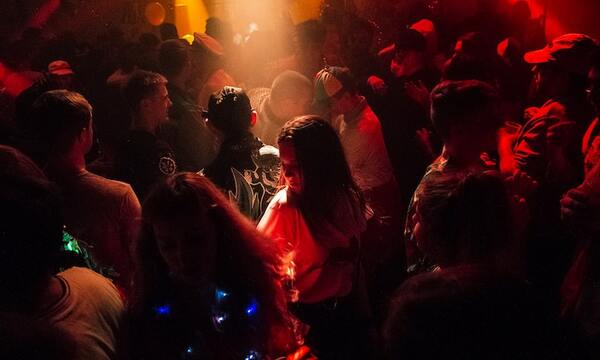 How Secular is Gen Z? More Than You May Think