From Poverty to Flourishing

I just finished watching an excellent DVD series entitled, PovertyCure. In this six-part study, Michael Matheson Miller leads the viewer through an exploration of the causes of poverty, the role of aid in poverty alleviation, and the significant obstacles aid-only approaches create for people seeking to move from poverty to flourishing.

As I watched each of the six segments, I became increasingly aware that part of the power of these videos was that I was learning not just from experts and academics, but directly from those who had survived poverty and were now flourishing. They spoke compellingly of the need to move beyond aid. Country after country, men and women shared how aid alone facilitates more poverty, not flourishing. As a veteran of short term aid trips and giving campaigns, this message was painful but liberating. Now I have a better idea of how I can actually help and what has been proven to work for men and women, villages, cities, and nations to move out of poverty.

The series is wide ranging so I can only hint at its depth here. Key ideas that are explored include:

Each of these concepts is important and an integral part of alleviating poverty. But for me, it was the simplest idea that kept coming back to me as the most profound in the series: “the answer to poverty is wealth.”

Today the term wealth has an exclusively negative connotation for many. It conjures up notions of avaricious individuals, businesses, and societies that trample the poor in the pursuit of ever more for themselves. Yet, wealth, by definition, is not that; it is not greed. Wealth is simply abundance. With abundance—more than is needed for subsistence—individuals can save, invest, be generous, and enjoy God’s good creation, freed from the daily struggle merely to survive.

We know from both the Scriptures and experience that wealth can be immorally gained and used, but economic abundance is not in and of itself immoral. In fact the Scriptures teach that it is God himself who gives humanity the capacity to create wealth and enjoy abundance. In the beginning, God created and blessed humans so that humans could fulfill his command to be fruitful, to multiply, to fill, and to subdue the earth. In the case of Israel, Moses taught them explicitly to remember that it was God himself “who gives you power to get wealth” (Deut 8:18 ESV). This remembrance was to be an antidote to pride and a prompt to thankfulness as they enjoyed the abundance (wealth) of the promised land.

We must not stop giving aid to those in extreme and immediate crisis, but we must transition to helping those created in the image of God who are in profound poverty, to use their God-given capacity to create wealth and flourish. This means we need to help them develop wealth. This path is not simple, but PovertyCure gave me hope that flourishing is possible even for those in the deepest throes of poverty. May God teach us how to partner with the poor to help them be fruitful so that they might look back with thankfulness for the capacity God has given them to live an abundant life spiritually and economically. 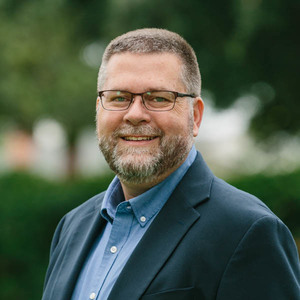