Christian anthropologies have been of vital importance throughout the history of the church because at each point in history there are cultural assumptions and philosophical perspectives about the nature of humanity that call the gospel into question, that question God’s Lordship, humanity’s servanthood, and their genuine fellowship in Jesus Christ. To maintain a biblical understanding of salvation, Christians have needed to emphasize humanity’s existence as embodied and as spiritual, as moved by intellect and by desire, as motivated by the will and as motivated by habitual acts that shape the will. These realities of human existence have been uncovered as theologians have thought through the logic of the gospel and its proclamation in their context.

Because theological anthropologies are often developed in support of an account of the gospel, some of the most influential works in theological anthropology are books not primarily about theological anthropology. For example, Irenaeus’s Against Heresies and Athanasius’s On the Incarnation reveal the logic of the gospel from a specific vantage point. Irenaeus defends the Christian gospel in the 2nd century against the lure of Gnosticism, and Athanasius does so in the 4th century in the face of Arianism. A key aspect of these accounts is the anthropological material—they rehearse and interpret the creation of human persons, the fall of humanity into sin, the means and effects of human reconciliation with God, and the union with God that comes from this reconciliation. Both works provide a compelling narration of the Christian gospel aimed at leading readers to the God of the gospel.

Anthropologies are theological insofar as they take their cues from the doctrines of God and creation. So, Irenaeus and Athanasius emphasize the importance of creatio ex nihilo—that God made humanity from nothing. The basis for humanity’s life is participatory fellowship with the Living God. Humanity’s fall into sin is a participation in nothingness, and the consequences are devastating. The knowledge of God is lost and death becomes inevitable. Jesus Christ restores humanity’s fellowship with God, re-establishing human knowledge of God and life in God. As they reflect on the consequences of the atonement, Irenaeus and Athanasius emphasize graced participation in the divine attributes through fellowship with God. The whole human person is redeemed. Their common emphasis upon living a rational life—a life in which mind and will are moved toward God—provides a window into an important patristic theme.

Augustine’s contributions to theological anthropology have likewise been profound. His engagement with Pelagianism has served as an authoritative reference point for Western theology since the fifth century. These anti-Pelagian writings remain important direct contributions to theological anthropology. But Augustine’s indirect contributions have been at least as influential as his direct ones. In On Christian Doctrine, he describes the Christian journey into deeper participation in God and the role of the Christian Scriptures in facilitating this journey. In On the Trinity, Augustine traces the contours of humanity’s mind and will as he looks for an analogue to God’s own Tri-unity. While Augustine acknowledges that the analogies he draws do not suffice to explain the divine life, they do provide anthropological insight into structure of the human soul. Finally, one of Augustine’s earlier works—Confessions—shows the reflexive way that knowledge and praise of God leads to truer knowledge of oneself. This dynamic is famously picked up and put to use dialectically by John Calvin in his Institutes of the Christian Religion. Augustine’s account of love and desire provides pervasive insight into human morality. Thomas Aquinas develops Augustine’s insights into a full-blown moral theology in the second part of his Summa Theologiae.

Appropriating the patristic emphasis on participation in the divine nature (cf. 2 Pet. 1:4) helps Christian theology maintain the fundamental union of knowing, loving, and living. Such a full-fledged participatory account of the rational life, a life lived in harmony with God’s mind and character, may be the most critical aspect of earlier Christian anthropologies to recover. On this, further constructive work in theological anthropology needs to be done. Thankfully, indirect contributions to this aspect of anthropology are being made through studies that give attention to participation in conjunction with other doctrines (e.g., salvation and Scripture).

This post is an abbreviated, lightly edited version of a contribution to Common Places, a blog of Zondervan Academic. Read the original post here. 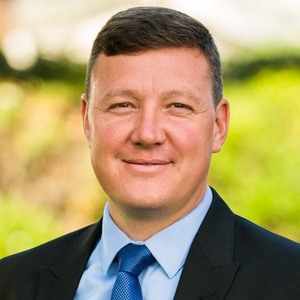 Ryan Peterson’s research interests lie in the areas of theological anthropology and theological method. He teaches systematic and historical theology, and particularly enjoys working with students on the doctrines of God, humanity, sin, Christology, and the atonement. He is deeply interested in the growth of his students in the knowledge and love of God and the way such growth motivates Christian worship, wisdom, friendship, and stewardship. He and his wife Christy have four children. They are members of Redeemer Church, La Mirada.