Why should Christians care about citizenship and politics? After all, didn’t Jesus say that his kingdom was not from this world? (John 18:36) Didn’t the apostle Paul write that our citizenship in in heaven? (Philippians 3:20) God may have instituted civil authorities and empowered their coercive judgments (Romans 13:1) but that doesn’t mean we need to like that brood of vipers, anymore than we suppose Paul was a fan of emperor Nero. Some theologians (rightly worried about the easy assimilation of comfortable Christianity to unquestioning patriotism) have for some time now advanced the view that a Christian’s identity is determined by belonging to the one global church of Jesus Christ and not at all by local loyalties of citizenship. How else are we to understand our spiritual fraternity and equal standing before God? Earthly political citizenship, by contrast, as distributed solely by geography of birth or forced migration, clearly marks some as winners and some as losers in the paths to flourishing.

There may be pragmatic reasons why Christians might care about citizenship – ‘What passport might I travel under to best advance world mission?’ But a reflective Christian soon recognizes that the confident supposition that political belonging is a matter of choice is problematic. Today we witness thousands of people displaced by war, environmental, and economic devastation seeking refuge in the European Union and the USA, with many dying en route. The conditions for a settled evaluation of citizenship as an abstract notion are the very products of the good of ordered peace of a settled political society. And if our political societies are being besieged from elsewhere, it could well be the case that the peace we have secured as Western societies in the early twenty first century has come at a cost of military global policing coupled with economic liberalization and globalization that has destabilized other regions. In other words, Christians who are sensitive to the bodily claims on them by their sisters and brothers around the global church will need to be aware that the ways that we shop, invest, consume, and pollute have bearings on the possibilities of political citizenship.

Furthermore, we recognize that for citizens of modern western nation states, the experience of politics is mostly benign. When we ask about a Christian approach to politics we do so as minority ‘faith’ populations who nevertheless assume we have a right to articulate our collective voice democratically. We understand that our faith does not imperil our citizenship, even if it has us walking out of step with popular opinion. The benign experience of politics should not be taken for granted: governments are accorded authority, and civil society functions in the context of published law, upheld by judiciary and police. Churches find themselves the beneficiaries of freedom of expression and worship, even if sometimes grudgingly. We actually detect and disdain corruption, which cannot be avoided perhaps, rather than silently enduring totalitarian censorship, suppression or systemic corruption. Our governments may not always serve us as well as we would like, but then we can exercise the privileges of citizenship by voting for an alternative. Handover of political power in terms of government office happens without bloodshed. We do not suffer civil war, military coups, famine or persecution.

So, it is worth recognizing the political moment we live in for its goodness for the lives we seek to live. Christians, especially in a notably post-Christian social setting, can too easily be found reading the writing on the wall of their impending persecution for upholding biblical teaching. Often Christians are less able to recognize that the wall on which the writing may be appearing is one built on the complex reality of societies ordered in some manner to freedom, for which peaceful recognition of rule is a genuine good. That freedom, standing in a long train of practice of law and governance as a Western inheritance, is deeply indebted to Christian worship and witness.

With all this said, Christian convictions on politics need a greater anchoring than missionary utility, guilt over global political inequity, or assured comfort. Christians will recognize that God’s rule, while not yet fully established, is still near and present. The good news of Jesus Christ is transformative of political realities as it proclaims a new and eternal rule – the Kingdom of God. Confronted by this proclamation, government authority can only ever be relative, penultimate, and subordinate. And the politics of a rule characterized by the centrality of Jesus’ humiliation and crucifixion for the redemption of others necessarily stands as a stark contrast to rule that would not seek to serve the freedom of all citizens of the polity. In other words, the Kingdom of God unleashes a social vision of society and its rule that cannot but challenge illiberal politics that oppresses citizens. Good rulers in government who do their politics well by serving their populace for the greater common good need not be Christian, but they gesture, nonetheless, to the ordered and peaceable hope of the eternal heavenly Jerusalem come down.

So as Christians we await the return of Christ and the final judgment that marks the full authority of God as ruler. The kingdom of God is certainly an upside down kind of reality as the gospel critiques orientations to personal power, prestige and wealth that so often corrupt our politics. Yet in God becoming human in Jesus, the heir of Davidic kingship, the Messiah, we find demonstrated the goodness of the peaceable and reconciled social life at which all politics rightly aims. And in the Pentecostal outpouring of the Spirit on all believers (Acts 2), the particularity of what makes any one society its own historically located expression of human good is also affirmed. Those hearers in Jerusalem met gospel proclamation in their own discrete languages and dialects. Christians affirmed their belonging to Christ as a strange citizenship, according to the anonymous second century letter writer to Diognetus, that nevertheless did not draw them away from customs of dress, manners, or social interactions common to their particular places of dwelling.

Citizenship recognizes the relative but true good of belonging to this actual located people under whose legal tradition I stand. The quest for belonging that so many migrants seek as they flee what some call ‘failed states’ only reinforces the importance of ordered social belonging under rule. Citizenship as social belonging under peaceable rule is a human good. It will look different in different times and places, and will be more or less well realized. This good can give rise to appropriate patriotism, but should not dissolve into nationalism or ethnocentric racism. Again the gospel relativizes any attempt to absolutize political configurations or citizenship claims.

When the Apostle Paul tells the Ephesians that they have become ‘fellow-citizens with the saints’ his use of political language is apt. (Ephesians 2:19) Christians learn the good of politics in the body that is the church. If our church life is so anti-political that we don’t know that that is what we are learning, the fact stubbornly remains. The life of mutual service to one another in the Spirit under Christ’s rule in accordance with scripture is a politics. But learning the good of politics in the church does not mean that Christians live out their citizenship exclusively among believers or only in church meetings.

I remember well, as a young person and political neophyte, being disturbed by proceedings of a Baptist church members’ meeting where discussion carried on despite evident simple majority opinion being manifest. I needed to learn that the church does not take its cue from formal electoral mechanics, but from the time consuming efforts to seek the mind of Christ in unity among a people continually being bound to one another in love, as the Holy Spirit of God is continually pouring God’s love into our hearts. (1 Corinthians 2:16, Philippians 2:2, Romans 5:5)

Rather, the giving Holy Spirit empowers all believers for prophetic speech, to all speak with the articulacy of the gospel into the communal life around God’s word. As Paul writes to the Corinthians, that articulacy of all in speech is missionally vital. Speaking the exclusive language of tongues is only edifying to the self, whereas prophecy leads to conviction and faith. (1 Corinthians 14) Paul goes on to enjoin prophetic testing of prophecy as a community activity (14:32) Participative democracy can be prophetic. That is, as one human form among many of experiencing the authority of ordered rule toward social peace, democracy can learn from the participative reconciliation experienced by the church under Christ’s rule in the Spirit.

That said, recognizing the relative good of one’s citizenship can sustain a Christian generosity in two directions: a willingness to open society to new comers who may enjoy that blessing too; and at the same time, a cultural humility that can conceive of different traditions of political life or cultural belonging that are a far cry from one’s own cherished form of life, that may nevertheless instantiate the good. 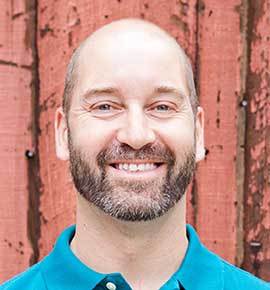