An Interview with Talbot's Dean, Dr. Clinton E. Arnold (CA), and his son, Jeff Arnold (JA), about their most recent book: Short Answers to Big Questions about God, the Bible, and Christianity. 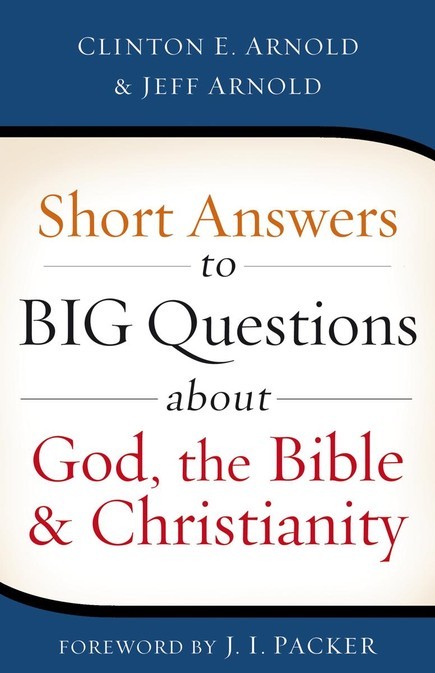 What's the basic idea behind your book?

CA: The book provides blog-length responses to 50 tough questions that people have about God, the Bible, and Christianity. We wrote primarily for “average Christians” who might not normally pick up a theology book, so there is minimal technical language. We have tried to make the chapters as readable as possible.

JA: Both of us run into people all the time who have some level of interest in learning more about Christianity, but neither of us felt that there was one, simple resource we could put in these people’s hands that would cover everything that we would want our friends to know. We feel like we’ve finally created that resource--one that doesn’t focus only on theology, apologetics, or practical questions, but on all of them at once, which is really how it works when you mentor someone anyway. We also feel really good about the balance we struck between breadth and depth, which was quite the challenge.

What are some of the questions that you tackle?

CA: We wanted to offer a holistic view of Christianity, so while we cover the basics of theology, we also touch on apologetic and practical questions, too. They include:

Who is your target audience and how will they benefit from Short Answers?

CA: We think this book will be a great resource for two purposes: (1) giving to an unchurched friend, neighbor, or coworker who is interested in learning more about the faith, and (2) grounding new believers: this would include a new believer’s class, bible study group, or one-on-one discipleship. Because the book covers the essential doctrines and many apologetic issues that people wonder about, we think it would be a great starting place. Every chapter has a handful of discussion questions and a list of key texts to facilitate classroom or Bible study use of the book. We have also found that many people in the church feel a need to be refreshed in the basics. Some people simply have questions about the basics. This would be a good resource for them.

JA: I think I’ve already spent any future royalties I’ll make just on giving the book away. We wrote Short Answers primarily for people who are new to or interested in the faith, and through ministry involvements and my work as a high school teacher, I’m surrounded with people like that every day. It’s been so exciting to finally have something tangible to put in their hands. I’m also in the middle of helping my campus pastor, Dennis Bredow, put together a basic 6-8 week new believer’s training class using a combination of Scripture and chapters from Short Answers, and I’m really excited about how it’s shaping up. The beauty of a book like this is that you don’t have to use it in a linear fashion; you can jump around to whichever topic is most pressing for you.

J. I. Packer wrote the foreword to your book. How did that happen?

CA: I have served with Dr. Packer on the ESV translation oversight committee. Five years ago, Dr. Packer and I were having lunch together at Tyndale House in Cambridge during a break from our committee meeting. During the course of the conversation, I described a ministry to new believers that I led for many years at a local church. Dr. Packer lit up! He described how this had become his primary passion in recent years. In fact he called it “Packer’s last stand!” He told me about a book that he had co-written with a Gary Parrett on this very topic called, Grounded in the Gospel (Baker, 2010). He expressed his concern that the evangelical church is not doing as good of a job as it once did in grounding new believers in the faith and that we need to give renewed attention to this effort. So, when it came time to ask someone to write a foreword for our book, Dr. Packer seemed the natural choice. He readily agreed and we were grateful and honored that he would do so.

JA: I’d just like to add that he wrote the foreward with a typewriter.

There are other question-and-answer format books out there. Why write this one?

JA: Yes there are; in fact, there are some pretty good ones out there, some of them even written by people we know. Generally, these books have a singular focus, such as answering objections to the faith or laying out the basics of theology. We wanted to incorporate both of those as well as include pragmatic questions too. Our final product is, I think, a unique blend of relevant questions and accessible answers that has the potential to serve everyone in a different way.

Okay, now for a question you're probably hearing a lot: what was it like working on a book together?

JA: I do get this question fairly often, and my answer is always anticlimactic--it was pretty easy. To be honest, yes, I was a little worried about what would happen the first time we disagreed on anything substantive, especially if it had involved me correcting him. The idea of a sophomore English teacher correcting the Dean of Talbot’s theological framework just sounds … misguided. We’ve talked through difficult biblical questions for years though, so this ultimately wasn’t any different. We actually worked really well together. The further we got into the project the more I realized that my background of teaching, youth ministry, and evangelism was a perfect complement to his skill set, and I think the final product benefitted greatly from that collaboration.

CA: I have great respect for Jeff’s skill as a writer and his ability to communicate important theological concepts in a clear and simple way. So it made sense to do this together. Nevertheless … it was a humbling experience to have my son making numerous suggestions on how to rewrite, rephrase, and rework what I had written! My initial reaction to a comment was often, “no, it’s really fine the way it is.” Then, after thinking about it for a while and considering how my existing words would communicate to our intended audience, I almost always came around! The book is far better than what I could have done alone. 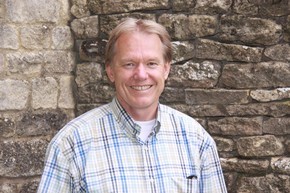 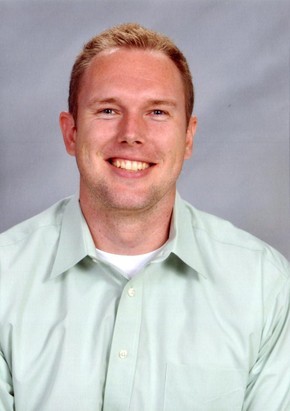