Responding to Objections with Truth and Love

As a parent, my favorite word to say is “yes.” Saying this word puts me in a favorable position with my children. The look of joy on their faces when I say “yes” compels me to say it more and more. I even struggle saying “yes” when I know it would be wiser to say “no” due to budget restraints (“yes, take my last $20”), or health concerns (“yes, eat the whole gallon of ice cream”), or just common sense (“yes, you can play in the street”). My children expect a “yes” when they ask because I love saying “yes” so often. So when I say “no” they are surprised by my objections to their request. However, my disapproving “no” is just as loving as my “yes,” and many times it is a much more compassionate response.

Every parent knows possessing unconditional love for a child while saying “no” to this same child can occur simultaneously. Many times the “no” is for the child’s own good. As the child grows in age and is able to make choices for himself or herself, a parent knows the difficult position of still loving the child while expressing disapproval, disappoint, or even displeasure with the choice made. Love does not require blind approval just as “hate” is not implied in the expressing of disapproving of someone’s choices.

The challenge comes when my children object to what I have decided is best for our family. I do not like the objection so I am tempted to change my decision based on their desired expectation of outcomes. The key is to respond to objections with truth and love, just as Jesus did during a season of opposition. At first the miracles performed by Jesus attracted large crowds of onlookers. The Jews were anxious for the appearance of the Messiah and Jesus’ feeding of the masses fueled specific Messianic expectations the people had. However, the Gospel of John records a specific turning of the crowd against Jesus when he challenged their desire for mere earthly bread and not the truth of God (John 6).

After the John 6 “Bread of Life” discourse, in which many of Jesus’ followers desert him, the Jewish crowd (not interested in a Savior who was primarily spiritual) raised a series of objections to his claim to be the Messiah. Jesus recognizes the hatred that the world has for him because of his testimony against evil (John 7:7), but he is okay with this situation. Why? Because Jesus did not come to make people feel good, but rather to expose the darkness of people’s hearts by bringing in God’s Kingdom. Many people’s objection to Jesus is that he testifies concerning sin. Contrary to how this world operates  (with the idea that “I can do whatever I want…”), Jesus points out the wrong actions with searing clarity. In a very loving way, Jesus is okay with being hated for this reason. For it is only when a person sees the sin in their life and its death-inducing consequences that he or she will be able to seek forgiveness. If I do not even know I am in the darkness, how will I ever seek to live in the light?

The Jews’ objections to Jesus began with his testimony of their wrongdoing, but it continued with three misplaced expectations of who the Messiah would be (John 7:14-29):

Jesus was his own authority. The Jews expected the Messiah would continue to teach within the standard Jewish authority. However, Jesus amazed crowds with “such learning without having studied?” (vs. 15). The Jewish leaders knew that Jesus had not studied or been a disciple under a prominent rabbi (such as Paul studied under Gamaliel, Acts 22:3). Jesus responded with the truth that his teaching was not his own but from God – the one who sent him (vs. 16-19).

The Jews expected the Messiah would fit into their understanding of “religion” – to keep the rules. However, Jesus responded to the real needs of the people in love by bringing a man to wholeness, reasoning it was better to heal if the Jews could cut-off part of a man (in circumcision) on the Sabbath.

Notice a pattern? The Jews are objecting to how Jesus changed everything – both the approval of their lifestyle as well their spiritual expectations. We often react the same way to God. We enjoy sinful patterns, we are comfortable with religion that does not pressure us to change, we want God on our terms; therefore, like the Jewish people, we object to who Jesus truly is.

In C.S. Lewis’ Chronicles of Narnia series, the book The Silver Chair provides an amazing image of what is required of us in coming to God. The scene involves Jill, upon seeing a lion, is scared and runs into the forest. She runs to the point of exhaustion and extreme thirst; however, she hears the sounds of a river in the distance. Seeking relief, Jill goes to the riverbank only to find on the grass before her is the same lion:

“Are you not thirsty?” said the Lion.

“Then drink,” said the Lion.

“May I – could I – would you mind going away while I do?” said Jill

The Lion answered this only by a look and a very low growl. And as Jill gazed at its motionless bulk, she realized that she might as well have asked the whole mountain to move aside for her convenience. The delicious rippling noise of the stream was driving her nearly frantic.

“Will you promise not to – do anything to me, if I do come?” said Jill.

“I make no promise,” said the Lion.

Jill was so thirsty now that, without noticing it, she had come a step nearer.

“I dare not come and drink,” said Jill.

“Then you will die of thirst,” said the Lion.

“Oh dear!” said Jill, coming another step nearer. “I suppose I must go and look for another stream then.”
“There is no other stream,” said the Lion.

It never occurred to Jill to disbelieve the Lion – no one who had seen his stern face could do that – and her mind suddenly made itself up. It was the worst thing she had ever had to do, but she went forward to the stream, knelt down, and began scooping up water in her hand. It was the coldest, most refreshing water she had ever tasted.

This is a beautiful picture of the reality that we must surrender to the truth of who God is on his terms, not ours. The loving response of Jesus was to press the Jews to embrace the truth of who he was, despite the disapproval and objections. The Jewish opposition did not stop Jesus from completing his mission of love – he was determined to move towards the cross of Calvary, to accomplish the redemptive work of God. His statements of “no” to their evil actions did not cancel out his love for them. For it is possible to love someone while disapproving of someone’s choices. Jesus responded to objections with truth and love.

How will we respond to the objections of others? For we will face people’s objections just as Jesus did. We, as Jesus followers, are called to do the same. We must respond to objections with holding onto the Truth while speaking and sharing Love. We must look inward to realize we too have a spiritual thirst and emptiness that only Christ will fill, so we must seek to be filled daily with the fullness of the Spirit of God. Then we will be able to respond to the abuse of those who reject Jesus in love because only then we will realize we are not dependent upon them for anything of value – therefore we can give love without expecting anything in return. All of us must come to God on God’s terms: in his truth and love. We can object, resist, and fight – but in the end, God’s truth and love are what will bring us to the peace and joy we are all seeking. 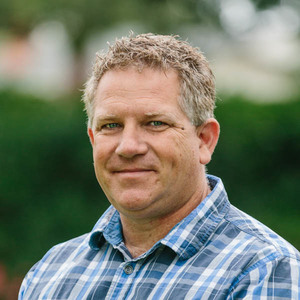