The amazing JRR Tolkien trilogy, The Lord of the Rings, began with The Fellowship of the Ring. That fellowship was a union of the most unlikely of persons: Hobbits, humans, and elves. These 8 companions soon became inseparably united by a cause greater than themselves and their differences. Their lives were fused together by the profound power of fellowship.

Think a moment about the people you know and the relationships you share.

Each of us is constantly enriched by our family and extended family, friends, and acquaintances. Beyond that, many of us have literally hundreds of other connections in the virtual world of social media.

Simply put, relationships are the most important aspect of our lives. Our associations with those in the Body of Christ are especially important. As Christians, we have become brothers and sisters in the family of God through the blood of Christ. The Bible gives these relationships a special distinction beyond mere “friendship.” That’s because bonds between believers are capable of developing a degree of spiritual closeness that far surpasses the limitations of natural human friendships. Christian relationships enjoy Biblical fellowship.

The word “fellowship” is derived from a Greek word koinonia (coin-oh-nee-ah). Koinonia can be defined as “holding something in common” and is specifically used 20 times in the New Testament (e.g., Philippians 2:1-2, Acts 2:42, 1 John 1:6-7). Koinonia describes the unity of the Spirit that comes from Christians’ shared beliefs, convictions, and behaviors. When those shared values are in place, genuine koinonia (biblical fellowship) occurs. This fellowship produces our mutual cooperation in God’s worship, God’s work, and God’s will being done in the world.

Because of the importance of Christian fellowship, it is important to distinguish biblical guidelines to guide and govern our interactions with other professing believers. This is especially true in a world such as ours, where there exists tremendous diversity in the beliefs and behaviors among those who call themselves Christians. 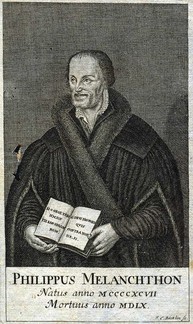 Reportedly, one of the most helpful understandings of biblical fellowship came from a close associate of Martin Luther, the man whose convictions led to the Reformation of the Christian church in the 1500s. Luther’s protégé was the great German educator and intellectual leader named Philip Melanchthon. Melanchthon clarified the three main principles of biblical fellowship in his famous quote: “In essentials, unity; In non-essentials, liberty; In all things, charity.”

In Part One of this two-part series, I introduced the importance of Christian fellowship using the well-known story of the Lord of the Rings as an example to show how Christian believers of diverse backgrounds can find their unity in Christ by submitting to a cause greater than themselves.

Philip Melanchthon, the famous Prefect of Germany and protégé to Luther the Reformer, is frequently considered the one who originally articulated the maxim that has helped Christians understand biblical fellowship over the intervening centuries. He said: “In essentials, unity; in non-essentials, liberty; in all things, charity.” Let’s take a look at these principles.

Though many Christians seem uncomfortable with insisting that believers maintain unity over our core doctrinal beliefs, this is a necessary part of what it means to be “Christian.” The Bible outlines several essential theological convictions that are non-negotiables in legitimately calling oneself a Christian and for fellowshipping as believers. These core beliefs comprise what have historically been called “orthodox” belief. Without holding these beliefs, the essence of Biblical teaching is lost and a person’s primary beliefs are inconsistent with the main tenets of God’s Word.

The theological essentials on which all Biblical fellowship is based and on which we must insist from fellow professing believers are:

Beliefs that fall outside these clear Biblical teachings are called “heresy.” Biblical fellowship in the worship of God, the work of God, and doing the will of God with others must be based on these fundamentals, apart from which genuine Christian fellowship cannot exist (Gal 1:6-10).

Everything not included in the six cardinal doctrines that have been mentioned fall into the area of “non-essentials.” It is important to understand however, that non-essential does not mean unimportant. Indeed, several so-called non-essentials are issues of life and death—but because they deal with areas that are not directly related to salvation or God’s identity, they are considered non-essential. Philip Melanchthon challenged believers to give varying levels of Christian freedom to one another in these areas. Depending on the clarity of scriptural teaching on any given subject, believers should show humility and understanding to those holding different perspectives.

I suggest three categories of non-essentials to guide our understanding of biblical fellowship. They are Matters of Conviction, Matters of Conscience, and Matters of Choice.

Matters of Conviction involve issues of moral or theological importance that the Bible addresses in what you believe to be clear or unmistakable ways. These would include issues like one’s position on the Biblical mode of baptism, eternal security, abortion, homosexuality, and other matters of serious importance. Whereas these are not issues that are as foundational as, say, the validity of the resurrection, they are incredibly important. As such, though we should extend liberty to other Christians, we may sometimes have sharp disagreement on issues such as these with professing believers with alternative positions. Even the Apostles had forceful discussions, so confrontation cannot always be avoided (Galatians 2, etc.).

Matters of Conscience involve matters that are either not “specifically” addressed in the Bible or that are not absolutely clear in Scripture due to nuances of language, cultural considerations, or challenges of interpretation. These are issues that, while important, even mature and devoted believers sometimes disagree. In New Testament times, circumcision (Gal. 5:1-4) and eating meat offered to idols (Gal. 2:11-16) were examples. Today’s conscience-related issues include Bible version preference, the nature of the tithe in offerings, boundaries surrounding Sabbath days, the validity of certain spiritual gifts, social drinking positions, political affiliations, and so on. Because these are matters of conscience, believers should know, uphold, and discuss their positions on these issues, while patiently giving love and honor to those who differ with them (1 Cor. 8; 1 Cor. 10:29).

Matters of Choice are those issues that fall outside of explicit Biblical commands. These are things on which scripture is silent and about which believers must exercise discretion and discernment. In this case, believers are dealing with preferential and permissible matters. These include both issues of no serious consequence and things that are minimally to moderately important, but are not concerns that rise to the level of doctrine (c.f., Col. 2:16-17). These include basic lifestyle decisions and personal issues of taste. Included in these matters of choice are some selections of clothing, hygiene and grooming, personal appearance, Halloween participation, the role of Santa Claus and the Easter Bunny in holiday celebrations, civic involvements, dietary choices, and various advocacy efforts. These are all things about which some believers have strong opinions, yet they remain matters of choice and, as such, they have been historically considered areas of Christian liberty.

In All Things, Charity

Biblical fellowship is an important issue for Christians and the leaders who equip them. But in any case, the unity of believers around the truth should always be sought and maintained. Melanchthon, and the Bible itself, say that the means to that end is “charity”— Christians love for one another (John 13:34-35).

Mature believers should play an important role in developing the spiritual strength and maintaining the Christian unity in the congregations they serve. Becoming equipped in both the threats to and principles of biblical fellowship will enable us to be effective leaders who equip our churches to make an impact for the Kingdom of God and for the glory of God.