The Parable of the Foolish Weightlifter 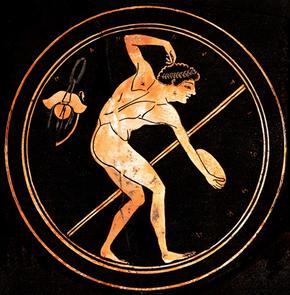 12When the teacher was alone, his students came to him asking him about the parable. 13And the teacher answered, saying “Do you not understand this parable? And how will you pass your midterm exam? How will you write your final exegetical paper? 14The man lifting weights is the seminary student. The gymnasium-master is the registrar, who will not admit anyone to class until they have paid. 15The three obols is the tuition. The weights are the work the student does to learn to read, parse, and exegete Hebrewe and Greek. 16But when the student grows weary, he begins using false talents. The false talents are those things that the teacher does not permit: copying parsing from Bible software,f copying a translation from Bible Gateway, and not attempting to translate by the student’s own knowledge. 17The attendant and those who throw the discus and those who wrestle are those who are deceived, thinking that the student has actually learned Greek and Hebrew, and they marvel. 18But the student, because he is lifting false talents, never learns Greek and Hebrew in truth. 19He is not able to interpret the mysteries of the Scriptures as well as he could have.”

“20Now hear this wisdom from the parable: what shall it profit a student if he takes Greek and Hebrew, but does not study and learn Greek and Hebrew in truth? 21Truly I say to you, it would be better for that man if he took his three obols and threw them in a pit.”

a Three obols is about twenty dollars.

b A Greek talent is about 57 pounds.

f Some ancient mss read from Logos, while others read from Bibleworks.