Sharing the Material Resources of Home to Embody the Gospel 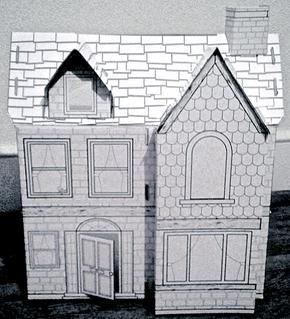 I often think about home in a specific way. For a long time, home has been a safe place to come back to at the end of the day. It has been a place to establish a comfortable niche in the world as a respite, a literal financial investment in emotional well being. Home has been about rest and nurture, as it can be a place of ministry to family and friends. It also has been a place to launch out into kingdom ministry more broadly.

When my wife and I started fostering children a few years ago, it began to stretch how we think about home. It has been a challenging process at times, as it requires emotional and material investments on behalf of people who sometimes have a transitory status in our home. During this time, we have started to think of home as not only a place of comfort, but also a potential place of security for others who have significant social and material needs. To be honest, this has been a hard lesson for me, as I value a secure and predictable home life. I can admittedly feel overly protective with that space.

Experiencing these things has made me consider what the Bible says about using material resources that stay close to home to help the stranger. We often think about hospitality as a temporary openness to what is normally a private area to entertain or be polite, like having someone over for dinner. In the Bible, though, there was often a welfare component to hospitality. Bible times could be difficult, and God’s people often extended the resources of home and sustenance to help prevent harm or death to other people.

There is one especially interesting relational thread (I think) that connects the Old Testament to the New Testament as part of the tapestry of God’s salvation history, and it is related to the topic of hospitality. It has caught my attention, and I have a hard time not thinking about it now that I have noticed it.

The thread starts in the book of Joshua as the people of Israel are being moved by God into the land that he promised to them, having literally redeemed them from a life of slavery towards one of significant flourishing. The intermediate problem, it seems, is that the land is still occupied by powerful enemies. As Israel sends spies to sneak in to survey the military outpost of Jericho, Rahab, who was a prostitute, opens her home to protect the spies at significant risk to herself. This is of course striking. Why would Rahab do this?

Joshua tells us that Rahab had heard about the God of Israel and believes the awesome stories of his powerful deliverance. She takes this risk as an expression of trust in the one true God of Israel. In return, Rahab receives an offer of hospitality back: Israel will treat her kindly and become a home for her when they conquer Jericho and receive the land. Later on, we see that this promise was kept. The Bible tells us that “Joshua spared Rahab the prostitute, with her family and all who belonged to her, because she hid the men Joshua had sent as spies to Jericho--and she lives among the Israelites to this day” (Josh 6:25 NIV). In this case, hospitality begat hospitality, and it did not discriminate based on Rahab’s particular life profession. She was received well in Israel, married a man named Salmon, and had a son.

If we skip ahead to the book of Ruth, we read another story about significant need. After the death of her husband, Ruth sacrifices her own well being to stay with her mother-in-law Naomi, an Israelite, instead of returning to her home country of Moab to remarry. As they struggle along, Boaz providentially enters the picture. Boaz is well off financially and cares for Ruth. He allows her to glean from his fields and provides food for her. He also goes to great lengths to marry her to secure a future for her and Naomi. It is a wonderful story of opening up material and social resources to an outsider in a way that is redemptive.

Here is the relational thread that connects these two stories. Boaz, it turns out, was the son of Rahab the prostitute. As Boaz provides for Ruth, a woman from the outside, does he think about his mother, who was once an outsider, yet received hospitably to the great benefit of his family? I like to think so. Boaz’s good character was likely formed in part by the transformative nature of hospitality experienced by his family first hand. It perhaps informed how he responded to others with a similar need.

Why is this interesting? Well, for one thing, Rahab’s family line becomes the line from which Jesus the Messiah comes, whose ministry becomes the greatest offer of hospitality to outsiders that the world has ever witnessed. It is interesting that the story of salvation history is built in part upon the stories of people who faithfully opened their homes to the stranger. Matthew’s genealogy of Jesus specifically notes Rahab, Boaz, and Ruth as significant markers in the lineage (cf. Matt. 1:5-6). Are they all mentioned in part because of the openness to the outsider, which reflects God’s broader salvific purposes? I’m not sure, but it is clear that the hospitality towards Rahab begat Boaz. The hospitality of Boaz towards Ruth eventually begat King David, from whom the Messiah descended.

Providing for the material needs of others can sometimes mean sending resources into their personal spheres of life; but sharing material resources in an intimate way by “opening up” rather than “sending off” takes on a texture of meaningful and unique significance. The heart of the Gospel is an openness by God to bring outsiders into his family using the precious resources of his heavenly abode. When we open our private and material resources to outsiders such that they are likewise received as valuable, it reflects the heart of the Gospel in a way that can be life changing; not simply as a metaphor for a deeper reality, but as literally embodying the transformative purposes of the Gospel in community.

Belief on the Basis of the Spirit’s Witness