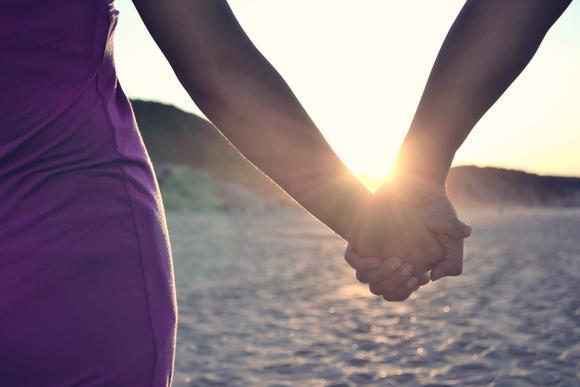 In my last blog, I discussed the concept of how the parent-child relationship is viewed differently from an Eastern Asian style than a Western American style. With this difference comes the difficulty of “leaving and cleaving” as found in Genesis 2:25. This also relates to obedience from parents for a lifetime since being a child is viewed more as a permanent status rather than an age range. This is also coupled with a long-term care of the parents supported by passages such as 1 Timothy 5:8 which states that if one does not care for his family that he is worse than an unbeliever.

In this blog, I want to examine two Asian dynamics that influence the upcoming wedding ceremony that is often discussed as a part of the pre-marital counseling. These influences are the honor-shame dynamic and the concept of collectivist thinking. Both of these ideas will be explained and then they will be demonstrated specifically in terms of booking a site for the wedding ceremony.

The practice of honor-shame is a prevalent part of Asian culture. Simply put, people need to honor others especially those who are older. As a result, they need to do everything possible not to shame them or their family. This cultural practice is prevalent not only in different Eastern cultures today but was also prevalent during biblical times and seen in many occasions. For example, we see this dynamic in the Joseph and Mary narrative in Matthew 1:18-25. Mary was engaged to Joseph yet was with child by the Holy Spirit. We are told in Matthew 1:19 that “Joseph her husband, being a righteous man and not wanting to disgrace her, planned to send her away secretly.” He did this because it would have shamed Mary to be with a child during their engagement period. It was only through the divine intervention of an angel in a dream that Joseph realized that there was no sin or impropriety involved but rather a special divine appointment by God for a virgin birth.

So within this honor-shame practice, it is imperative that parents be honored in some meaningful way in and through the whole wedding ceremony process. This may be carried out typically through two different means: 1) through the location of the wedding and 2) through the guest list and invitation of people close to the family of the bride and groom. In terms of the location of the wedding site, there is an implied idea of a “sacred” or more “honorific” place for a wedding than what younger couples prefer today in wedding ceremonies. For this reason, many older Asian-American Christian parents would prefer for their “kids” to get married in a church rather than in a hotel or outdoor venue. Part of this may be the influence of the traditional religious value (i.e. liturgical background) but there is also an honorific cultural portion to this as well.

The concept of a “sacred place” is rooted in ancient Jewish thinking as well. A biblical example of the “honorific site” manner of thinking may be found in Jesus’ dialogue with the Samaritan women in John 4:19-24. Jesus had just confronted this woman concerning her multiple husbands in John 4:18. She acknowledges him as a prophet. She goes on further to say in vs. 20 that “our fathers worshiped in this mountain, and you people say that in Jerusalem is the place where men ought to worship.” For this woman, there was a fixed, sacred place that constituted “honorific” worship. This is the same kind of thinking that current, older, Christian, Asian-American parents have. This may even be found in groups today such as Presbyterian or Reformed traditions due to their value of a higher liturgy. Jesus amazingly responds back to this woman by stating that “an hour is coming when neither in this mountain nor in Jerusalem will you worship the Father.” Instead, Jesus speaks about a time when the true worship is not bound to a specific place but rather to a specific focus of worshiping in spirit and truth (John 4:23-24). This example illustrates the two different kinds of thinking related to an “honorific” place of worship.

This idea is also coupled with the collectivist cultural principle that is also at work. The best way that I try to explain this mindset is by stating that while a Western thinker may focus himself on the idea of “me” the Eastern thinker sees things in terms of “we.” In other words, the idea is on the group or community rather than on the individual. This is certainly a huge difference between the two cultures. As the honor-shame dynamic is at work, the addition of this collectivist mindset is also very active. The Asian-American culture is very inclusive. To leave someone out of the group would shame them. This doubly puts pressure on the marrying couple to invite more people to the wedding in order to honor their parents through this wedding ceremony. The reason is that these guests have a relationship with the parents of the bride and groom. To not invite them would shame the parents. This would be accentuated even more if the parents were leaders or long tenured members of the church.

This may appear unreasonable to the couple because in many cases, they may not even know these potential guests personally. But this is the cultural dynamic that is at work here. A possible solution to the growing guest list and the limited budget may be simple. The newly married couple just needs to make a “cameo” appearance at the parent’s church the next day just to honor and appreciate the church community for the support of the family as a whole. Another possible solution is to provide a special meal for the church on behalf of the family.

For some, both of these ideas may seem trite or unimportant. But from a cultural and generational standpoint, they may be huge points of contention. Again, this is a general stereotype that may or may not apply to all due to the different degrees of Westernization of parents. It is just a possible insight that may prove to be helpful in the future in order to avoid conflict in the planning and preparation of that special day. In the next blog, I will discuss the idea of differing family dynamics within the Asian-American culture and how to offset the differences and possible clashes.

This is an article in a four-part series. Click here for part one of the series.