Union with Christ and TULIP

“But what is ofte 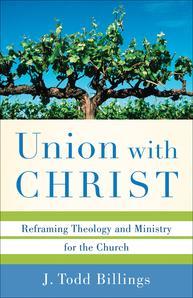 n missed is that in John’s Gospel, in Paul’s letters, and even in a close reading of the Augustinian tradition, these images for sin never appear by themselves. They appear with their corollary: union with Christ, communion with God, the saving work of the Holy Spirit. Looking at both sides of the coin together, we can begin to see how a doctrine of the will’s bondage to sin is not misanthropic. Rather it teaches that full humanity is humanity united to God, in communion with God, something we witness most clearly in the person of Jesus Christ. Communion with God was characteristic of humanity in the original creation, and it is being restored and enhanced in salvation, in the healing of sin and participation in the life of Christ.” (38)

In the second chapter of Billings’ Union with Christ, he takes issue with the reduction of Reformed theology to the TULIP acronym. Specifically, regarding “total depravity” he questions the notion that one can properly understand a Reformed (or biblical) doctrine of depravity within the limited scope of the so-called “five points.” Rather, other doctrines not addressed in TULIP, particularly Christology and union with Christ, can helpfully inform our understanding of human depravity. In fact, misunderstandings regarding the “total” of total depravity, such as it being demeaning to humanity by denying human freedom, sometimes arise from severing this vital link. If, however, true humanity, as we see in Christ, is humanity graciously united with God, then a humanity-affirming view of salvation need not require autonomous human freedom to decide for or against God. To say that we can do “nothing” apart from Christ (John 15:5) is simply to say that we cannot be our true human selves apart from the communion with Christ that enables true human freedom. The proper instinct of TULIPers to safeguard the graciousness of grace and inability of humanity to make a move toward God may appear misanthropic, but less so when depravity is reconfigured Christologically and viewed in light of union with Christ.

Though admittedly subtle, I think Billings offers a helpful correction to a doctrine of total depravity by treating it Christianly, that is, in light of Christ. This move doesn’t necessarily change the conclusion—that humans can do no saving good apart from God’s grace—but does guard against at least one common misconception of what “total” depravity entails.

Chronology of the Apostle Paul

Gideon’s 300 Men at the Harod Spring: Biola Learn’s The Geography of Israel

Why an Asian American Doctor of Ministry Program?

Why Do People Pray During Times of Crisis? 20 Years After 9/11