The latest news on historical Jesus research can now be found in… Popular Mechanics? I’m used to perusing Popular Mechanics to see flying cars, homemade submarines, and ads for power tools. But Popular Mechanics published a reconstructed picture of Jesus (quite a while ago, but I just noticed it!). I’ll show you the picture and explain it in just a bit. But first, I want you to see some of my favorite portraits of Jesus. My students have become accustomed to seeing these non-traditional pictures of Jesus decorating my powerpoint lecture notes. 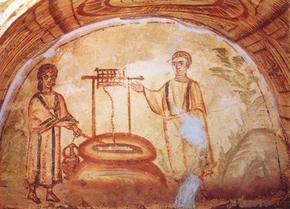 This picture of Jesus and the Samaritan Woman (from the Via Latina catacomb, ca. 340-350) was painted by a Roman, so Jesus and the woman both have Roman hairstyles and clothing. No beard on Jesus! 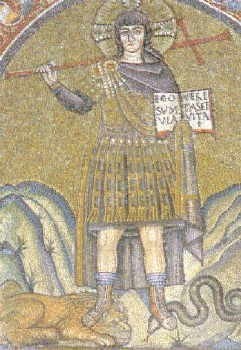 This mosaic of Jesus (6th century) is even more Roman. It symbolically shows Jesus’ victory over Satan. Jesus is portrayed as beardless and wearing Roman armor – and it looks like he is ready to strike with that cross. He is carrying the text of John 14:6: ego sum via veritas vita (I am the way, the truth and the life). 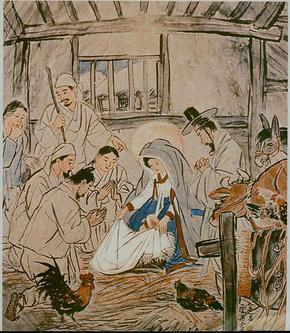 I bet you didn’t know that Jesus was Korean! This painting by Ki Chang Kim shows everyone in traditional Korean clothes, including a horsehair hat on Joseph. 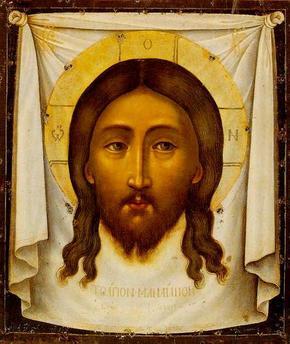 I suspect that Russian artist Simon Ushakov wanted to portray Jesus as Jewish in this painting (Christ Acheiropoietos, 1660), but instead gave him Asian features, perhaps drawn from some of Ushakov’s Mongolian neighbors. Note the splits in the beard and hair; these were symbolic of the two natures of Christ. 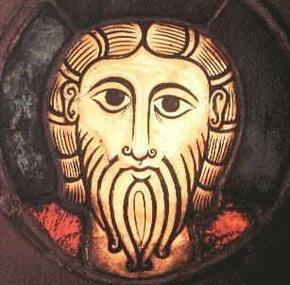 This 1070 stained glass of Jesus (reconstructed) is from northern France. 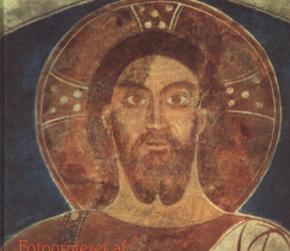 When the Danes converted to Christianity, they produced some of their own art, including this 1175 painting of Jesus . As with some of the other paintings above, Jesus has a “Trinitarian” halo, as well as a split beard symbolizing his two natures. 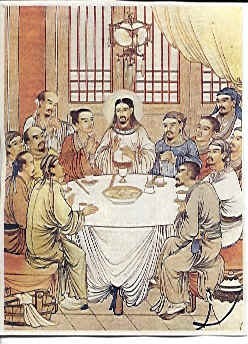 This is my favorite picture of the Last Supper, from a Chinese Bible printed in the 1800s. Looks like they have some chopsticks and maybe a bowlful of noodles! (Sorry about the quality of the graphics - it's the best I can find.) 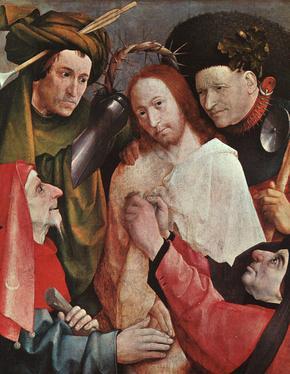 In his “Christ Mocked” (1485), Hieronymous Bosch portrayed both Jesus and his opponents as Europeans in late medieval clothing. 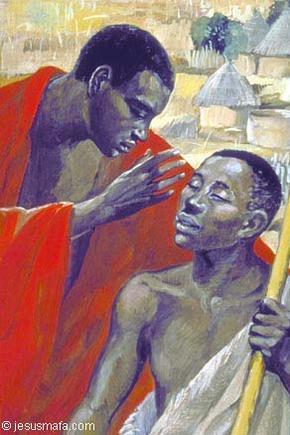 Members of the Mafa tribe in Cameroon paint scenes from Jesus’ life, as in this 1970s depiction of the healing of the blind man. 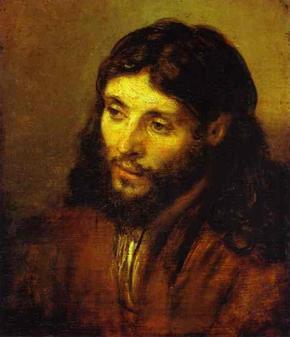 Rembrandt painted this portrait of Christ (1648-50) using an Ashkenazi Jew as his model. Rembrandt used Jewish models for many of his beautiful scenes from the Bible. 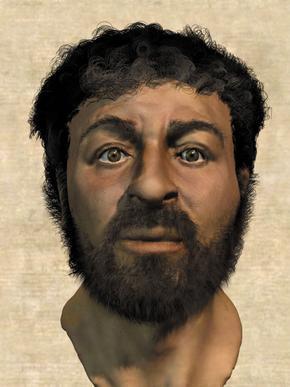 And here is the portrait of Jesus from the article in Popular Mechanics. Here was their method (in brief): Richard Neave, a retired medical artist from the University of Manchester, assembled a team of archeologists and forensic anthropologists. Using standard forensic methods, they worked with three first-century Jewish skulls to create a three-dimensional composite “average Jewish man” model. Since Jesus was a carpenter who worked outdoors, they decided Jesus was probably a bit more muscular and a bit darker than average. Jewish men cut their hair short in the first century, so Jesus probably did also. So although this is not necessarily a picture of Jesus, it’s probably closer to him than most of our other representations. Notice that of all the paintings I included, Rembrandt's is closest to the Popular Mechanics reconstruction.

Now the only thing we need to do to make the picture complete is to give him a more thoughtful expression - and maybe add a phylactery (or tifillin) to his forehead. Devout Jews all wore a small box with Scripture in it tied across their foreheads. If our Jesus movies were very accurate, everyone would be wearing one, and the Pharisees would have extra-large ones (Matt 23:5)