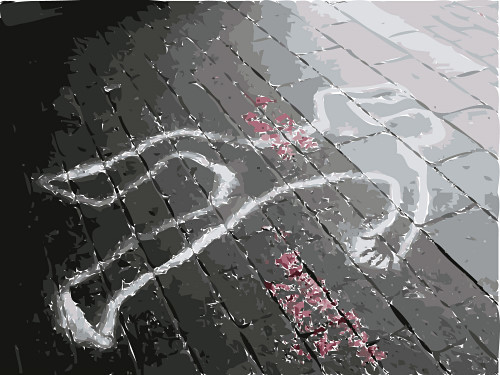 We’ve seen a lot of death, pain, suffering, and evil in our world during the last few years, so today I want to address a few questions having to do with evil, pain and suffering— questions that, I believe, all ‘thinking’ people ask.

First, I want to help us understand evil—

So evil is like rot, rust, or decay: it feeds on & corrupts that which is good.

That is what happened at the Fall: humankind made the willful, deliberate, and conscious decision to disobey God and His Commands. This rebellion produced wickedness, and this vile product of evil entered time and was unleashed against all of the created cosmos.

When we discuss evil, there are three issues we must deal with: God’s goodness, God’s power, and evil itself.

The fact is that God is able to do something about evil. God is all powerful. But the fact is that God’s timing isn’t always human timing. (As we see when Jesus allowed his friend Lazarus to die, read John 11). The fact that God hasn’t yet defeated evil doesn’t mean He isn’t going to or isn’t able to.

God and the existence of evil is not a contradiction.

Most people either decide, because the world has such problems, that either GOD DOESN’T EXIST or that He can’t do anything about it or isn’t a good God. All of these are wrong answers.

God allows evil and that means that He has allowed it to become a part of His ultimate plan. It wasn’t originally that way, but because of human rebellion, God allows it to exist, as it was ushered into existence through free-will and angelic/human agency (choice). And because God is sovereign, He is able to let it exist and still oversee His purposes and plans for the universe and all its peoples, without contradicting Him.

So the POINT of evil’s existence is that the ONLY WAY for people to have free will or a choice in anything is for people to have the possibility of making a WRONG “choice.” If you don’t have the opportunity to make a ‘wrong’ choice, then it’s not a choice at all, and you aren’t free.

‘Choice’ is a real thing and it has REAL consequences. God didn’t create ‘choice’ and free will and it not MEAN anything. No– when we do something wrong, there are REAL consequences. And real ramifications occur– and that is the tragedy of evil.. That people do it anyway... but free will is the only way that people can show true love– and that goes for human relationships with one another, as well as our relationship with God.

What is God’s ultimate purpose in allowing evil?
C.S. Lewis reminds us that the God-given freedom of choice and human sin didn’t take God by surprise: "And God knew, in His ultimate wisdom, that He could allow a world of free creatures and, even though they fell, He could work out a deeper happiness and fuller splendor than an automatic world would produce."

If God is to preserve freedom and to defeat evil, this is the best way to do it. Free will allows each person to determine his own destiny. But ultimately, God will separate evil from Himself and those who want to do good. That’s when evil will be overcome because God will confine those who choose sin to live in sin, and sin will cease its harm and will be eternally quarantined— unable to upset the perfect world that is to come (heaven).

The result: The goal of a perfect world comes about... and people still had a free will to make their decision and choose their destiny, and those who abused the freedom and harmed people will be cast out of the perfect world they didn’t want to be a part of.

So, one day evil will be done away with— and time continues to unfold until that day.