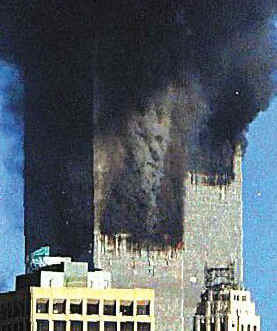 What's important for Christians to remember is: None of this was originally supposed to happen.

God created the world ‘good’— everything that was created God considered “good,” and that word actually means ‘perfect’ (Genesis 1:102; 31). The world was a world of goodness, harmony, vitality, hope– even ‘bliss,’

In Genesis 3, we read of the Fall. Adam and Eve were innocent-- unfallen and without sin, but not necessarily perfect. In other words, they were at least 'capable' of committing wrong acts. When the rebellion occurred, it was a volitional, willful, deliberate act. Though Eve was deceived, God’s command was broken by the eating of the excluded fruit– and to do that was forbidden. Giving in to temptation, they rationalized their desires, justified their behavior in their own eyes, and did what they wanted to do. The Fall occurred as a result... it set into motion ruin, spoil, contamination, corruption— and every human evil and disposition that there is. As a result, each was cursed for playing a role in what happened (Genesis 3:16ff)

The effects of the Fall were: a broken relationship between God and humanity, strained relationships between human beings, and the injection of evil into the world. This is the cause of every bad and evil thing in our world-- disorder, loneliness, heart disease, physical problems, pain, aging, death, and corruption. These effects of sin entered the cosmos (the world God created and everything in it).

The Fall of Humanity was the fault of mankind-- and mankind alone. God's goodness was in no way eclipsed by their actions, and it was because of people that there was unleashed EVIL on a cosmic/global and personal scale. The sin of Adam was like turning a lock and opening the door for the spoiling of the universe and all humanity.

Evil had three expressions: bad things or evil as a direct consequence of deliberate human choice (making a decision to do something bad– killing someone), as an indirect consequence of non-deliberate human choice (unintentional killings and lesser situations; things going wrong even though people didn’t mean to do things wrong), and bad things ‘just going wrong’ without any humans being involved (natural disasters).

All of these things are effects/consequences of the Fall or “Expressions of the Curse.”

Jesus came to address the problem of Evil. He did so by attacking and defeating ‘sin.’ He did this through giving his life on a hill called Calvary on the cross of crucifixion. When He did that, he won the war, but now all things must unfold to that great end of the age— as He continues to work out His plan on earth. The Bible (end of time/beginning of eternity) ends with the destruction of the Curse— and the resolution of all human pain and suffering forever– UNDOING THE EFFECTS OF SIN.