As a resident of Hawaii most of my life, one of the conversations that I have often had with visitors was about what to see when they came to Hawaii. I would tell them to get out of Waikiki, to be sure to visit Hanauma Bay early in the morning, and to try our local plate lunch, among other things. Hawaii is a great place to visit anyway, but hopefully my tips made the trip more enjoyable.

I do something similar when I talk to people about the Gospel of John. John is a beautiful book that will bless and delight; but I have some tips that I hope will add to the reader’s enjoyment. Here they are – six questions that make up my traveler’s guide to the Gospel of John. 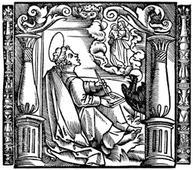 1. How does this scene “flash back” to ideas introduced in John’s prologue (John 1:1-18)? Every scene in John demonstrates at least one of the key ideas about Jesus from the prologue. Here are just a few examples.

2. How does this scene foreshadow Jesus’ “glorification,” his death, resurrection and ascension?Almost every scene in John has some reference to the glorification, the lifting up, or the coming hour. That hour would bring true worship (John 4:21-24), the reception of the Spirit (John 7:37-39), and the drawing of all people to himself (John 12:23-24, 31).

3. Are there any repeated sayings or final sayings in the scene that help explain the meaning of the scene? At the healing of the nobleman’s son (John 4:46-54), John tells us twice that the man believed. The saying “your son lives” is repeated three times and is the last saying. This lets us know that belief and life – two central themes from the prologue – are central to the meaning of this scene.

4. Are there any symbolic elements in the scene? John includes more symbolic elements than the Synoptic Gospels. Why did John tell us that Jesus spoke with Nicodemus at night and the Samaritan woman at noon? Quite likely, these times are included to help us compare the two people and their response to Jesus. All four gospels include the feeding of the five thousand; only John connects this to the symbol-packed Bread of Life discourse (John 6).

5. What elements of first-century Judaism does Jesus confront, replace, or surpass? Repeatedly, Jesus is revealed as superior to even the best God-given elements of first-century Judaism. Jesus confounds the great rabbi (John 3), is greater than “our father Jacob” (John 4), ritual purification (John 2), the Temple (John 2), Sabbaths (John 5), and the festivals (John 6-10).

6. Are there any important references to the Old Testament? John is filled with quotations and allusions to the Old Testament. Jesus is compared to the Tabernacle, Moses, Elijah, and David, and many of his words are allusions to the Law, the Psalms or the Prophets. When Jesus calls himself the good shepherd (John 10), this is a clear reference to both God and David as shepherds in Ezekiel 34.

An Ancient Prayer to Help Us Pray into Our Cultural Moment