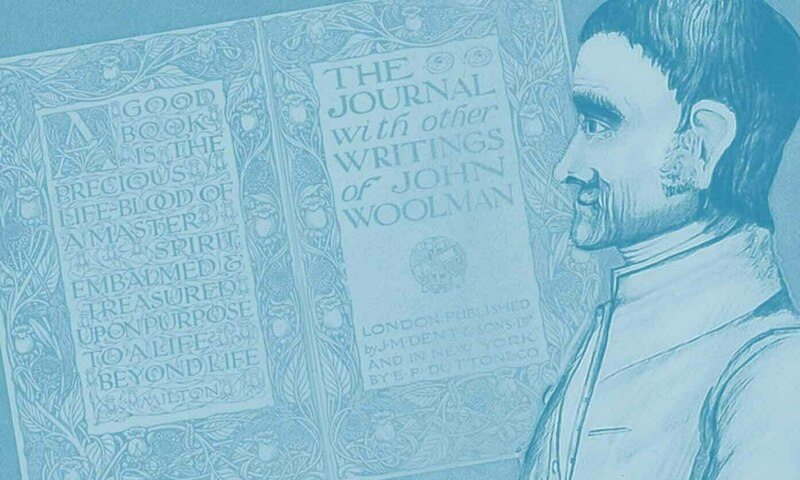 In the mid-1700s no corporate body condemned the practice of slavery. That is, until John Woolman began to be patient like a prophet.

John Woolman was a conscientious Quaker. During most of his life, the Quaker church refused to condemn the practice of owning slaves. It was not until John Woolman began meeting with them, in earnest prayer and patience, that hearts began to change. After many years of patiently voicing God’s word about slavery to his fellow brothers and sisters, the Quakers were the first corporate body in America and Europe to officially declare that slavery was a sin.

Here is an excerpt from his journal, published after his death:

Twenty­ninth, fifth month. ­At the house where I lodged was a meeting of ministers and elders. I found an engagement to speak freely and plainly to them concerning their slaves; mentioning how they as the first rank in the society, whose conduct in that case was much noticed by others, were under the stronger obligations to look carefully to themselves. Expressing how needful it was for them in that situation to be thoroughly divested of all selfish views; that, living in the pure truth, and acting conscientiously towards those people … that they might be instrumental in helping forward a work so exceedingly necessary, and so much neglected amongst them. At the twelfth hour the meeting of worship began, which was a solid meeting.

John Woolman also felt convicted about wearing clothes that were created as a byproduct of the slave trade, and he was initially ridiculed by his fellow Quakers for his tender conscience.

Some Friends were apprehensive that my wearing such a hat savored of an affected singularity; those who spoke with me in a friendly way I generally informed, in a few words, that I believed my wearing it was not in my own will. I had at times been sensible that a superficial friendship had been dangerous to me; and many Friends being now uneasy with me, I had an inclination to acquaint some with the manner of my being led into these things; yet upon a deeper thought I was for a time most easy to omit it, believing the present dispensation was profitable, and trusting that if I kept my place the Lord in his own time would open the hearts of Friends towards me. I have since had cause to admire his goodness and loving­kindness in leading about and instructing me, and in opening and enlarging my heart in some of our meetings.

John Woolman modeled for us an excellent way to respond to the persecution of the poor. And this way is a biblical way.

The biblical author James, speaking to many poor Christians who were facing persecution from wealthy landlords, called on them to “be patient.”

Be patient, therefore, brothers, until the coming of the Lord … As an example of suffering and patience, brothers, take the prophets who spoke in the name of the Lord. Behold, we consider those blessed who remained steadfast. You have heard of the steadfastness of Job, and you have seen the purpose of the Lord, how the Lord is compassionate and merciful. – James 4:10-11, ESV

This is not a financial concept of patience where we are meant to consume less today so that we may consume more tomorrow. Instead, this is a patience in the Lord’s work for justice to those who are suffering from socio-economic persecution.

Behold, the wages of the laborers who mowed your fields, which you kept back by fraud, are crying out against you, and the cries of the harvesters have reached the ears of the Lord of hosts. You have lived on the earth in luxury and in self-indulgence. You have fattened your hearts in a day of slaughter. You have condemned and murdered the righteous person. – James 5:1-6, ESV

In the past, I have been completely detached from this passage.

Surely this passage has nothing to do with me? While I am relatively rich versus the world, I have not defrauded anyone or condemned any righteous person. But, to be honest, I have lived in relative luxury and self-indulgence. I have never stressed about paying a bill. There have been many days when the hardest part of my day was trying to decide which treat to get at Trader Joe’s (it can be stressful to get the right one!). I truly have fattened my heart and laid up treasure in the last days.

But, at least I have not defrauded anyone or murdered a righteous person, so I’m good to go, right? I need to understand, like John Woolman before me, that the simple act of what I wear and where my money goes has serious consequences on the poor.

If I am investing in companies that are fueling the sex trafficking industry, perhaps James does apply to me as an investor and consumer?

If I am getting $5 t-shirts from companies that are abusing their migrant workers, this James passage starts to get real.

Truly this is grim news if we’ve had a part to play in the defrauding and persecution of the poor through our self-indulgence and relatively luxurious lifestyles of consumer excesses and back-seats full of treats.

But, God’s Word does not leave us in that hard place. He rightly directs those that see the injustice to “be patient.” At first, this advice seems very discouraging. It sounds like we are meant to weep and howl (verse 5:1), but then just sit on our hands in a state of sadness.

But Craig Blomberg, in his book Neither Poverty Nor Riches, argues that James is speaking of a different kind of patience:

James 4:10-11 suggests that there is more that concerned Christians could and should do in this present age. James encourages us to take, as an example of patience in the face of suffering, first the prophets and then Job.

But these are two curious examples of patience, if simple passive waiting is all that James has in mind. Tamez rightly speaks of a ‘militant patience.’ It is a prophetic speech which is specifically highlighted in verse 10 (‘the prophets who spoke in the name of the Lord’), and prophetic speech was notorious for its denunciatory rhetoric against the unjust and their injustice, even among the community of those claiming to be part of God’s people.

Job’s perseverance, too, was hardly silent….One may speak of James, like Jesus before him, choosing a ‘prophetic option’ and rejecting both the violent rebellion of the Zealots and the quietistic separatism of the Essenes.

Together, these two examples in verses 10-11 strongly suggest that Christians today should besiege God with complaints about injustice, particularly among the oppressed poor of our lands, and plead before God’s people for a greater measure of compassion, generosity and sacrifice. They should also speak out in public to any others who will listen, explaining how God’s standards differ radically from the typical practices of Western democracies or capitalistic economies little influenced by a Christian ethic of compassion. (Blomberg, p.159)

A rich Christian is meant to rise from their weeping and howling into a place of active prophetic voice, declaring the fragrant interests of Jesus Christ. And, unlike the poor, the prophetic voice of the rich as they declare God’s ways and word are heard in the high courts of both Wall Street and Main Street.

One clear way to be an active prophetic voice is to take our investing seriously. We cannot just invest as the world invests. How Christians invest must have a gentle sensitivity to how it is affecting the poor. The current Biblically Responsible Investing (BRI) movement is a great start to investing with patience, like a prophet. 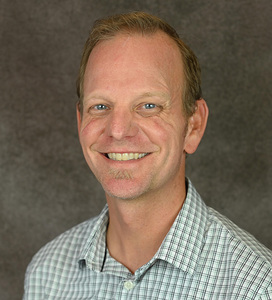