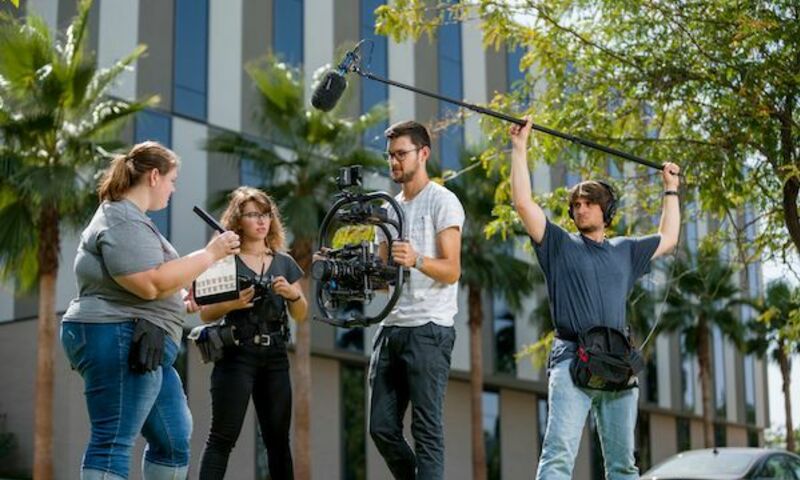 Biola University’s School of Cinema and Media Arts is listed as one of 50 best film schools around the world by Variety’s recently released Entertainment Impact Report: “Top 50 Film Schools and Instructors From Around the World.” Schools selected for the list “score high marks in both showbiz and academic circles,” according to Variety.

“I'm thrilled to see the great work of Biola's School of Cinema and Media Arts faculty and staff recognized in this way,” said Halleen. “For many years, I noticed there's something special about Biola’s cinema and media arts program and its graduates. It's been my honor to join this amazing team. At Biola, we're not just a film school. We're more than that. We teach the skills for our graduates to be highly competitive throughout the media industry — film, television and game design — while also teaching them the character to be amazing employees.”

"Biblical integration is a cornerstone of the evangelical Christian university’s curriculum, providing educational and spiritual guidance for students in its cinema and media arts program,” reads Variety’s description of Biola.

“Located in suburban Los Angeles, the school champions a sense of community — collaboration rather than competition — giving students and faculty opportunities to work together and learn from one another while utilizing more than $3 million in production equipment. Meanwhile, more than 200 industry professionals support the program through classroom teaching, mentoring, internships, job contacts and financial gifts.”

Biola’s School of Cinema and Media Arts is dedicated to sending out “thoughtful, kingdom-minded storytellers into the mainstream of the industry to tell stories that matter to a world that needs them the most.” A proposed new 56,000 plus square-foot facility will house a screening room capable of seating nearly 300, several sound stages, a Foley stage, recording and editing rooms, five classrooms and 30 faculty and staff offices. Currently, students are provided 24-hour access to a 10,000 square-foot production center complete with sound stage, recording room, and video and audio editing facilities.

Along with recognition by Variety, Biola has been ranked and commended by publications such as The Wrap and MovieMaker Magazine.

Prominent Biola alumni working in the film industry include filmmaker and influencer Zach King (’12) who recently became the Guinness World Record breaker for being the male with the most TikTok followers at 58.2 million followers, writer and director Scott Derrickson (’90), who directed box office hits like “Doctor Strange,” “The Day the Earth Stood Still,” and “The Exorcism of Emily Rose,” John Mabbry (’03), co-producer for “Blue Bloods” on CBS, Garret Wycoff (’11), VFX artist for blockbusters such as “Avengers,” “Guardians of the Galaxy,” and “Deadpool.” In addition, alumnus Rob Bredow (’94) who works with CTO Lucasfilm/ILMX Lab was nominated for an academy award for his work in “Producing Solo: A Star Wars Story,” Joshua Perez (’11) was apart of the team that worked on the Academy Award winning film “Spiderman: Into the Spider-Verse” at Sony Imageworks, and others.

Biola students are also getting their films seen, with student films receiving industry recognition such as recent cinema and media arts alumnus Andrés “Andy” Aragón (’19) being nominated for the American Society of Cinematography 2020 Student Heritage Award for his role as cinematographer on the movie Silly Human.

Learn more about Biola’s School of Cinema and Media Arts and apply now.