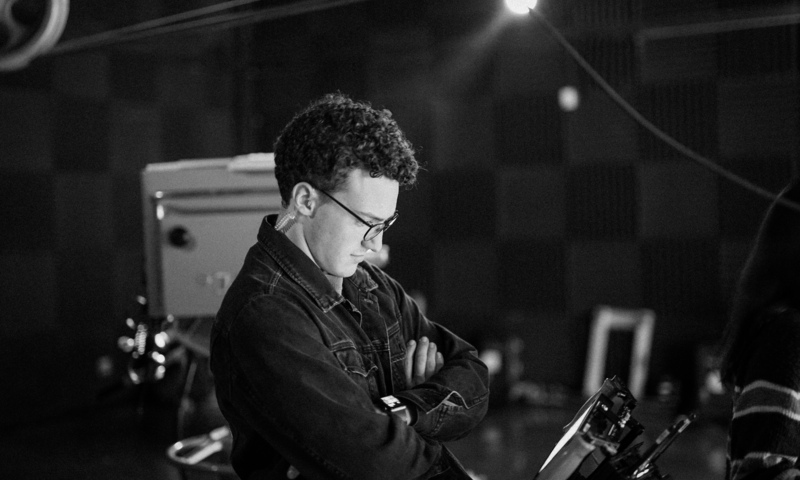 On Jan. 12, 2021, Biola University alumnus Andrés “Andy” Aragón (’19) sat in a Zoom call and learned exciting news. Aragón found out that he had been nominated for the 2020 ASC Student Heritage Award, presented by The American Society of Cinematographers (ASC), an honor that he and only four other nominees in the nation hold. Aragón was nominated under the award’s undergraduate category when he was still a student at Biola.

“We're thrilled that Andy has been nominated for an ASC Student Heritage Award,” said Dean of the School of Cinema and Media Arts, Tom Halleen. “Andy is a gifted cinematographer, and we're so pleased to see his artistic excellence recognized by some of the most highly respected professionals in the industry. We're confident this is just the start of an amazing future for him.”

The ASC Student Heritage Award recipients were observed on an invite-only basis, and each school invited was eligible to submit three contenders, one for each category: Graduate, Undergraduate and Student Feature films. Winners of each award will be announced on Feb. 27, 2021.

For Aragón, the nomination was an honor.

“I was honestly shocked when I found out about the nomination,” said Aragón. “To get outside recognition, especially from what is arguably the most respected society on cinematography, is truly a huge honor. To think that now my film is going to be watched and critiqued by the cinematographers I look up to is truly surreal.”

Aragón served as cinematographer for the short film Silly Human for his senior thesis project at Biola, which is what earned Aragón recognition for the award. The film is about a 1950’s Hollywood actress starring in a television program run by artificial intelligence. If the perfection standards held by the AI were not met by the actors, it could prove fatal for them.

“The story is about the desensitization to violence in television, and we want to attract attention to that. For me, the film is also about validation and how we desire the spotlight but it comes with consequences. We used lenses from Panavision which flare and bloom when strong lights hit the lens,” said Aragón.

Aragón felt a draw to the film’s storyline the first time he read the script in his sophomore year, and was careful to take time to derive how to shoot the film properly.

“The film is abstract enough where everyone walks away with a slightly different interpretation about what it means, and I think that's what we love the most about it! We managed to capture different moments and tones, but what you can’t miss and not feel is the dread and tension that we created,” said Aragón.

Crediting many of the faculty and staff in the CMA school for helping him explore aspects of cinematography he had not looked into, Aragón counted them as blessings to the film.

“The faculty in CMA really rallied behind us when we were making Silly Human. [Assistant Professor of Entertainment Producing] Abel Vang was always in our court and was a huge supporter of our film,” said Aragón. “The department's openness to student films is what counts. They allow students to try everything, some fail and some succeed, but we’re never restricted to attempt and even if it doesn’t go well we learn along the way.”

Calling the past year an “unexpected blessing,” Aragón is grateful to have worked with fellow Biola alumni on a separate competition-winning feature-length film, Love You Anyway. He hopes to continue shooting films in the future.

“God has opened very unexpected doors, and with this nomination He has shown me I am on the right track,” said Aragón. I need to keep working, keep shooting and continue nurturing relationships. Hopefully we continue to get the opportunity to make films!”

Learn more about and apply to the School of Cinema and Media Arts for Fall 2021.