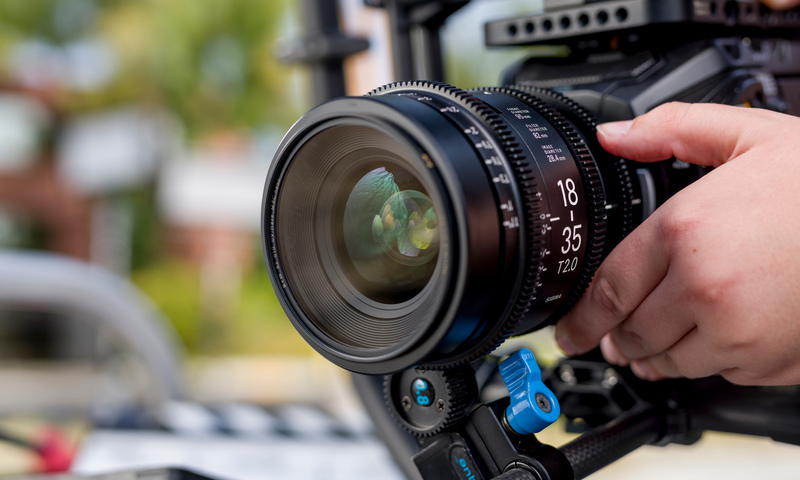 A new class offered by Biola University’s School of Cinema and Media Arts allowed high school students across the globe to explore the world of cinema from their own home this summer. In partnership with Sekolah Pelita Harapan (SPH) in Indonesia, Biola professor Elmar Hashimov taught students the creative tradition of Hollywood and world cinema through exploring the building blocks of feature film. The class is the first of its kind for Biola’s film school.

Students had the opportunity to collaboratively analyze media and its impact on audiences and culture as they explored the art, history, theory and appreciation of film. Due to the time zone differences between Los Angeles and Jakarta, the class was mainly online with live discussion integrated throughout the three-week course. Hashimov would log on in the evenings to give live presentations and host discussions about the content and films students were screening during the day. Biola Professor of Writing for Film and TV, Camille Tucker, and Professor of Cinema and Media Arts, Dean Yamada, also joined live class sessions with the students.

“Having directed a feature film in Jakarta with a class of Biola students, it was a joy to interact with vibrant high school students from SPH,” said Yamada. “They showed a real passion for cinema, and I hope to have the privilege of teaching them more about film in the School of Cinema and Media Arts.”

Several students from SPH have attended Biola and graduated with a degree in Cinema and Media Arts previously.

“I was so thrilled to be a part of the Biola and SPH online class,” said Tucker. “After having taught screenwriting last summer in Lagos, Nigeria, I became keenly aware of the importance of international and online teaching. Each culture has such rich storytelling and adds to the beauty of world cinema.”

Biola and SPH both seek to offer academically excellent education integrated with faith. Halleen shared he hopes Biola can help facilitate the development of students in Indonesia interested in film to provide leadership in local media.

“We look forward to building additional partnerships that will open the doors for students from across the globe to receive their media education through our excellent academic programs,” said Halleen.

SPH operates five K-12 campuses located in the Jakarta, Indonesia, metropolitan area in addition to a variety of college preparatory services. Their vision is for a network of Christian schools that would raise educational standards at every level of society. SPH offers Indonesian citizens and expatriate families a “top-quality education based on international standards” with English as the language of instruction.

Located in the Los Angeles metropolitan area, the School of Cinema and Media Arts https://www.biola.edu/film is recognized by industry-leading sources as one of the top film schools in the world. It offers a full range of academic programs covering film, television, new media, and game development.