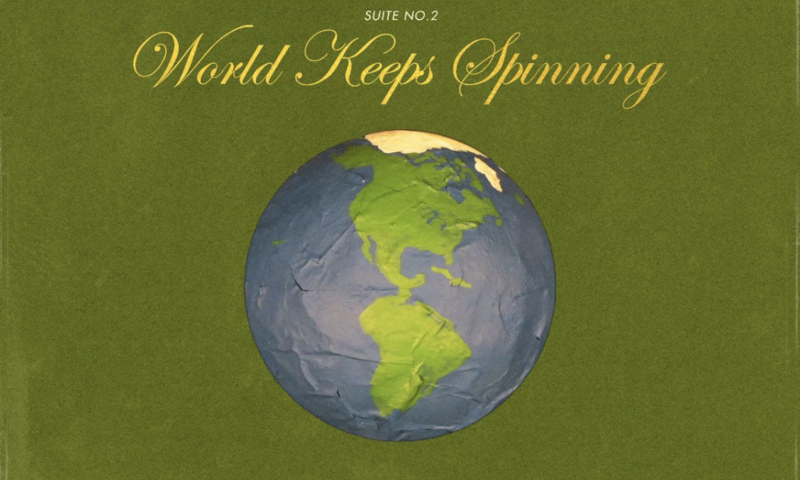 The Brilliance, a pop music group comprised of David Gungor and John Arndt, featured the Biola University Orchestra and the Biola Chorale in their new album titled Suite No. 2 World Keeps Spinning released on January 10, 2020. Biola’s orchestra plays on most of the album’s 11 tracks with the chorale featured in some of the songs.

"What is great about The Brilliance is the sophistication of their music combined with their ability to communicate a heartfelt message,” said George Boespflug, the director of the Biola Conservatory of Music. “There is a simplicity to their melodic ideas that is attractive, but a complexity to the structure and harmony of their songs that is compelling to the trained musician. That's what made the collaboration with Conservatory ensembles the perfect collaboration.”

Recorded at Biola’s Crowell Music Hall over the span of a weekend followed by a concert with The Brilliance, students in the Biola orchestra and chorale were able to experience studio recording. The Brilliance has more than 600,000 listeners on Spotify and eight produced albums.

The idea of collaborating on the album was conceived in 2015 when Biola held its historic $180 million comprehensive campaign launch event in downtown Los Angeles, where The Brilliance performed. The band members and Boespflug conversed and agreed on completing a studio recording with the Biola Orchestra since the band was looking to have an orchestral sound on their new release.

The album’s goal is to be an “antidote to modern anxiety,” and the band is thrilled for its release.

The album is available for purchase or streaming through multiple services. Visit The Brilliance website for more information on the album, and for individual credits for each track.

Learn more about the Biola Conservatory of Music.