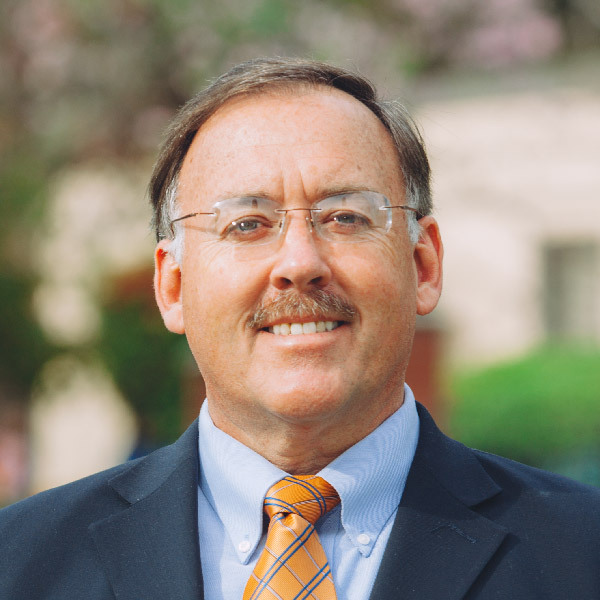 George Boespflug is the Director of Biola's Conservatory of Music. He holds a Doctor of Musical Arts degree from the Eastman School of Music where he held a Performance Fellowship and Teaching Assistantship in piano. He also holds undergraduate and masters degrees in performance from the University of Colorado where he was a Fiske scholar.

Boespflug has had opportunity to travel the world as a teacher and performer. His international activities include teaching and lecturing in Oslo, Norway; presenting a paper and performing at the annual Crescendo International meeting in Berlin, Germany; and presenting solo recitals in Madrid, Spain and Prague, Czech Republic.In recent years he has traveled alongside faculty members Marlin Owen and Robert Feller to China to present master classes and performances in Beijing, Xian, Changsha, and Zhengzhou, and perform "Rhapsody in Blue" with the Chinese Military Orchestra and the Hunan Province Symphony Orchestra.Recent travels and performances also include: Jakarta, Tokyo, Hong Kong and Kunming, China.

Performances in the US include appearances as a soloist with numerous ensembles, including:

He has also collaborated with members of various major orchestras, including:

As a writer, Boespflug contributed a chapter to the book Bridging the Gap: Popular Music and Music Education (edited by Carlos Xavier Rodriguez). The book features the views of top university music educators from around the country on the use of popular music in music education. He also contributed an article on popular music in educational settings for the MENC (National Association for Music Education) journal.