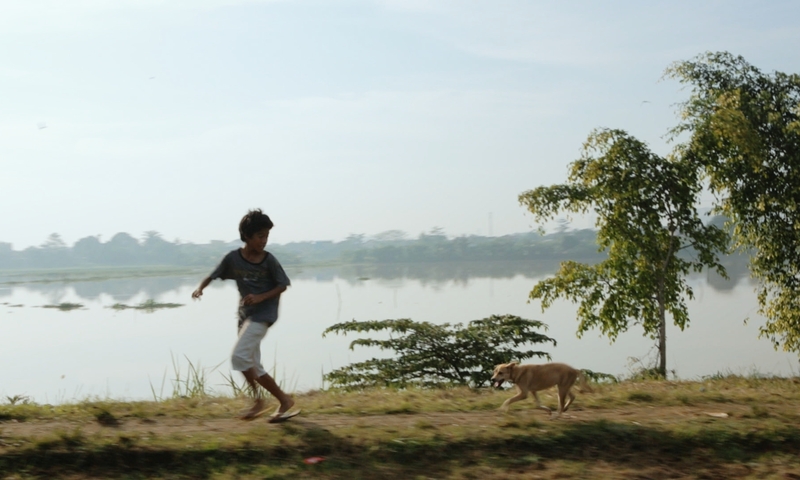 Dean Yamada, associate professor of cinema and media arts, in collaboration with Biola cinema and media arts students, produced his second feature film, Anjing (The Dogs), one of 40 films that will be featured in the Guam International Film Festival’s Select Showcase on PBS Guam between May 8 and July 4. These 40 films from 15 countries will air on 18 episodes, and will launch during Asian American and Pacific Islander Heritage Month in May.

Anjing (The Dogs) is a film about two dogs, one who lives in the country and another in the city. The film explores the divide between “the haves and the have-nots” — the rich and poor in Indonesia — and how the fate of these two dogs from opposite ends of society impacts the families who own them.

Yamada directed and co-wrote this film with his wife, Leilani T. Abad, because of the joy and heartache they have experienced having dogs in their lives, Yamada said. Together they collaborated with eight Biola students who have since graduated from the cinema and media arts department in making this film in Jakarta, Indonesia. Filming took place in 2013 and finally premiered on May 3, 2019, at the Los Angeles Asian Pacific Film Festival under the International Narrative Feature Competition. This film followed up Yamada’s other award-winning feature film, Cicada, which received the LAAPFF Grand Jury Award for Best Narrative Feature in 2014, among other honors and awards.

“The Guam International Film Festival has been rooted in the education and empowerment of their local community through film, so I'm honored to have Anjing included in their PBS showcase for more people to see,” Yamada said. “We shot this feature film in Jakarta in a mere 10 days as a co-production with First Media, a studio run by a former student, Henry Riady [’09]. Not only was it an exhilarating process, principal photography was transformative for us all as we worked alongside a mostly Muslim crew during Ramadan and spent long, satisfying days creating art despite unbearable heat and tropical thunderstorms.”

In addition to airing the feature film, PBS Guam will also air Yamada’s interview from The Biola Hour's chapel on Nov. 1, 2019, which features a conversation with him on “Faith, Film and Finding Your Voice.”

Viewers with access to PBS Guam (KGTF Channel 12) can see the 70-minute feature film on Friday, May 22 at 8:30 p.m. For more information, visit guamfilmfestival.com.

Learn more about academic programs at Biola’s School of Cinema and Media Arts.