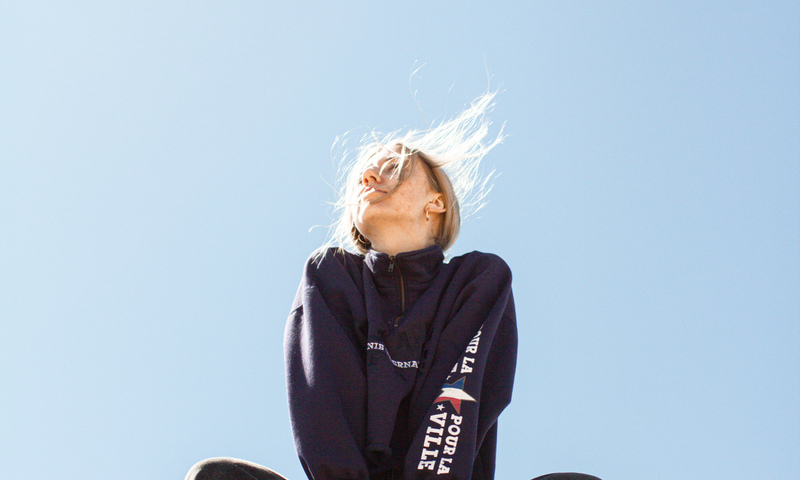 I put off writing this for a long time. Like, I am currently two weeks late. (What’s new. Shout out to Rae Mccready for putting up with me. She wins editor of the century for sure). I think that it was hard for me to figure out how on earth these were to be my last words. Or to imagine that these words would be enough.

It is hard to imagine saying goodbye to GRIT.

Over the past few years, I have become witness to many spaces made sacred by womanhood. Some of these are inherently set up for sanctity. Others are made sacred by what we bring into these spaces. Like the hair salon, which on the surface seems superficial. But in the act of my stylist carefully cutting, dying, and with the gentlest of hands, washing my hair, for an hour or so I am able to let another woman care for me in an exchange of trust I so often deny most. Other, less conventional spaces such as the public restroom, where a woman compliments another who is otherwise a complete stranger to her. The soccer field, where members of the Jordanian team formed a huddle around a player from the opposing team, allowing her to adjust her hijab after it fell from her head. The classroom where girls have offered a hair tie or slipped me a tampon when I was in need. Or the countless hours a female mentor spent at a table outside Common Grounds with me in the trenches of my heart and walk with the Lord, faithfully praying for and speaking life over me. All these spaces, small moments of kindness, of care, of mutual understanding between females, have become sacred in my mind’s eye.

To me, GRIT is a little of both. It was the lovechild of a few women who felt a gap and sought to fill it. GRIT, by all odds, was not supposed to exist or survive. From the mass majority of outsiders’ perspectives, one might think Christianity and women empowerment go together about as well as orange juice and toothpaste. On a small, conservative Christian campus, it seems to make even less sense. And yet, in a tiny office on the heart of campus, a small team of women meets week after week with you all-- the women of Biola, and all of the things that make you and matter most to you, tattooed on their hearts. GRIT exists, it somehow thrives in the tension between the spirituality/religion and feminine/human issues, and it by extension, becomes an almost sacred, holy ground.

This tension I speak of is something I have had to come to terms with specifically over the course of my Biola experience. Oftentimes, it felt like the call on my life to pursue justice, my passion for women’s issues, my political affiliations or overall “heart posture” have been at war with my identity of what many think a Christian ought to look like. I have watched many before me try to walk the tightrope between these two callings, and oftentimes witnessed them be pulled completely to one side or the other. In simpler terms, many people feel that they have to choose-a life following Jesus or a life pursuing equity, justice, and most confusing of all, loving our neighbors wholly, and without reservation.

It was at a boiling point in my journey that a woman I feel lucky enough to call friend, Arielle Estoria, wrote something that I think sums up this lived reality. It’s a bit lengthy for this blog post, but I think it's worth the read. She said,

“Lately I have been sitting in this beautiful tension. A Christian sitting in spaces that most Christians do not. A person of faith sitting spaces where faith can be a sensitive and triggering conversation. I am exhausted. I want to retreat. I don’t want to sit here and yet I realize at the same time that I do not currently want to sit anywhere else. I don’t want to live in the mess of things but I will learn to rest here. Jesus beautifully sat in the tension of two worlds that were never meant to be two separate worlds in the first place. He did not lean one way or another but He always always walked in truth. I want to not just speak the Love I know was destined and made for everyone, I want to live it. I want to be a walking example of it. There is no one way to mirror or reflect the image of God. If there was, then we would all look the same but we do not. We are a beautiful mosaic of a multi-faceted God. And I am so glad I get to be part of that image. I am so glad YOU get to be part of that image. What a wonder. What a blessing, what a beautiful and messy tension.”

GRIT is here to serve specifically the women of Biola. We speak almost exclusively on Women’s issues, and the issues that intersect with them. We toe a very fine line, a line that sometimes makes people uncomfortable. But dear sister, I would argue that that is the very calling of a Christian, and more specifically, a woman following Christ. Jesus, and the way he lived his life, stirred up controversy--not only with the people of the world, but also those of the church. He challenged it’s structures. He looked inward at the hearts of its members rather than at their outward appearances. He toppled tables within corrupt temples, and with the same hands reached out tenderly to those the religious people deemed untouchable. He was not afraid of controversy, or of drawing a critics eye, because His calling was that to both human and the Divine. Jesus lived in the tension, and set this example for us to follow.

If you are left feeling too “human” for those who call themselves Holy, but too spiritual for those of the world, I would argue that you look a lot like your Savior. At the very least, you have a savior who can empathize.

There is so much more I wish I could’ve said over this past year, so much more work to be done on this campus through this resource. But I take comfort in knowing that GRIT is in the best of hands- both in the women running in, and the Lord’s, who blesses and keeps this space. So this is what I leave you with. There will come days when living as a woman in the Church will exhaust you. Or maybe for you, the area of tension circles instead around other areas of your identity. I would argue that this is the painful yet necessary walk of someone called by the Divine and living among the fallen. Jesus knew this, and rebuked the idea that His purpose/calling would come without cost (Matthew 16:21-23). Instead he said “If anyone would come after me, let him deny himself and take up his cross and follow me.” And the denying of oneself to carry the Kingdom burden the Lord has for you I think, is oftentimes painful. It stretches you, sometimes seems to be beyond all sense or reason other than the fact that you are called. But in that tension, in the stretching, there is Holy ground to be found.

All the heart, soul, and GRIT in my bones,

Special thanks to Lisa Igram, Lexi Lai, Katie Agarth, my editorial gals (Rae, Logan, Thecla, Jas), and my friend/mentor Emily Roberts, without whom I would not be the woman and graduate I am today.