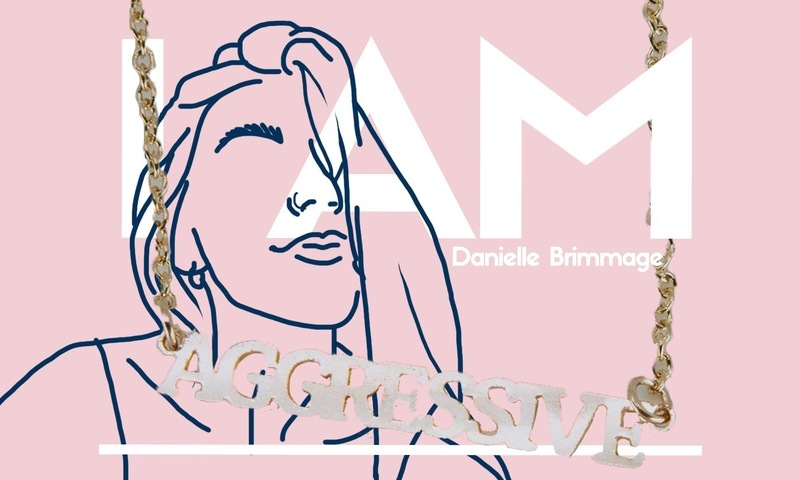 TRAITS OF AN AGGRESSIVE WOMAN (ACCORDING TO GOOGLE):

-DEBATER, NOT NECESSARILY ARGUMENTATIVE BUT WILL FINISH WHAT YOU’VE STARTED

-DESIRE TO BE DOMINANT, IN CONTROL

-MORE THAN LIKELY A LEADER AND A VISIONARY

It is impossible to approach a blog on the topic of the word “aggressive” without saying that it has been, for many years, a word that is polarizing and at times triggering for me. I come from cultural and familial backgrounds that are grounded in authenticity, candidness, and oftentimes, self-expression that is unapologetically loud. Growing up, I spoke my mind a lot, and was nothing if not “honest”, in the sense that I did not sugar coat anything that came out of my mouth. Even the way that I express my feelings and opinions is rarely neutral. “I absolutely love this band, I would probably die for the lead singer”. Or, “I hate that type of soda. I think I would rather drink bleach than subject my taste buds to that kind of abuse again”. While this type of speech and behavior could, of course, take on more unhealthy forms, oftentimes it was, to me, a quite neutral form of expression. I guess some might say I am a pretty “all or nothing person”, and for the longest time, I loved that about myself.

The first time I experienced negative backlash for this part of my personality, I was a senior in high school and Vice President of the executive board within my student government. I found out that the senior class advisor specifically told members of my class not to invite me to a Prom planning meeting. “She’s too opinionated”, he had said. I remember that after the initial sting wore off, I laughed about it. “As if,” I thought, “Having strong opinions is not a part of my job description.”

The adversity only grew more apparent when I reached college. A professor once called me out in front of the class, “Okay Danielle, we get it. You’re so sassy”. I watched as even my female friends were put off by what they perceived as my belligerent approach to life. In more insecure times, I could be found apologizing all over myself, paranoid that I was offending someone. “Do you think I’m like, really aggressive?” I asked one friend. I remember staring at her pursed lips, the wry look in her eyes as she said: “I don’t think you mean to be.” I found that in seasons over the years, I began to subconsciously shrink back into myself. (In the words of the great Beyonce), “I tried to change. Closed my mouth more. Tried to be softer, prettier, Less... awake.” And in doing so, I also began slowly dying inside. Became miserable and a shell of myself, trying desperately to fit a mold of what the people around me thought a woman, and a Christian one at that, should look like.

To me there is nothing more beautiful than a woman coming into herself, realizing all of the intricate, bold and wonderful parts of her spirit, and accepting them. Using them to her advantage for the benefit of herself and those lucky enough to watch her shine. To some, I think, there is nothing more terrifying. This fear, I believe, is so normalized in our society and Western culture, that we have been socialized to believe that aggression is synonymous and must be paired with a lack of femininity. I’ve read some suggestions about how women can tailor their assertiveness to be more widely palatable. I’ve tried many of them too. But at this point in my life, I’m no longer particularly interested in doing that. I’ve spent too many years reclaiming who I am and my own authenticity to play games where I have to constantly self-monitor for the sole benefit of other people’s comfort.

My aggression pushes me to love people harder. It spurs me to speak out against injustice, allows me to reach higher for achievements I never thought myself capable of. I dance with less restraint, laugh louder, I am less of a stomping ground for those too insecure to recognize my boldness for the beautiful thing that it is. It makes me strong, and perhaps more importantly, less afraid than most people might be of the strength I see in others.

I am aggressive. And sis, you can be too.