A Story of Hope

a guest blog by Elisia Belisle-Sanchez 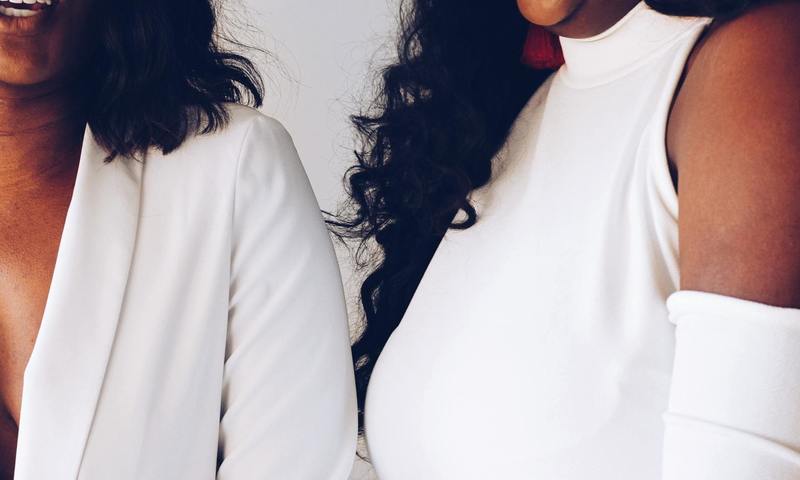 What does Black History Month mean to you?

For me, Black History Month is a month of cultural awareness as well as a month of celebration for the African-American community. I believe that this month is a time that we can pay homage to those who have come before us together as a community. When you think of the African American community, people often think of the oppression we faced instead of the victories we have achieved.

What has your experience been at Biola?

Overall, I have had a positive experience with my time at Biola. No institution is perfect but if I could weigh the positive versus the negative, the positive memories I have here as a student would greatly outweigh the negative. If I can choose one word to sum up my time at Biola, it would be ‘humble.’ Biola has given me a first-hand experience of what the real world looks like. Not everyone will think the way you do or even accept you, but that's just life. Biola has taught me not to run through life but to walk because not every day is promised. Through Biola, I have gained friends who became family: a great mentor, and a set of spiritual parents who I wouldn’t trade for the world. Quite honestly, I gained a whole family because of Biola that I didn't see coming. People often assume that college will be like a show they’ve seen on TV. I know this because I thought the same thing, but turns out I was wrong. College was a place of healing for me. I came into Biola broken, lost, and hurt not knowing what my purpose was. As a freshman, I cared more about what people thought of me and that got in the way of me focusing on my relationship with Christ. Now as a senior, I constantly think of how I wouldn’t have made it without the grace and the love he has for me revealed through others. SEID has also been a safe haven for me. SEID has provided a home away from home through their affinity groups. As a minority on campus, I often struggled with the idea of “fitting in”. I joined the cheer team and BEAT (Biola Ethnic Advancement Team) freshman year, but still felt that I needed something more. The Chocolate Chat affinity group became the place I would run too when I needed to feel valued, heard, and accepted. If it wasn't for the advisors and students of Chocolate Chat, I would have most likely transferred schools by sophomore year. Biola has shaped me into the mighty woman of God I am today and don't regret choosing this institution to pursue my undergraduate degree. My spiritual mother always tells me “I'm marked for greatness” and it is because of Biola and the trials and tribulations I faced as a student that I now see this. Biola has shown me that I can beat the odds and face any challenge with God on my side.

What does diversity mean to you?

Diversity looks different to everyone. Some feel that there isn't a need for it but others such as myself see diversity as a blessing. Diversity to me should be modeled after the scripture in Revelation 7:9 which reads:

“After this I looked, and there before me was a great multitude that no one could count, from every nation, tribe, people and language, standing before the throne and before the Lamb. They were wearing white robes and were holding palm branches in their hands.”

Diversity means accepting others who don't look like you or think like you. Diversity means understanding that every individual is unique in different ways such as race, ethnicity, gender, socio-economic status or other ideologies. It’s up to us as believers to love these individuals despite our differences. If we can't get along down here how do we expect to get along in heaven?

Elisia Sanchez is currently a senior Criminal Justice major graduating from Biola University in the spring of 2020. A Carson native Elisia strives to be great in life in everything that she does. In her free time, Elisia enjoys taking her little brother to yogurt land and cooking spaghetti with her family.