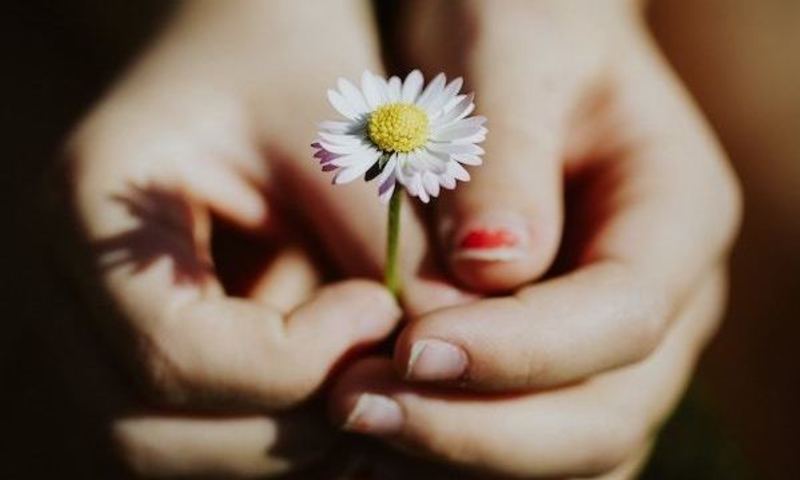 I had the privilege of talking with Biola's communications department head, Dr. Joy Qualls. In this interview, she shares her personal experience being a woman and navigating her role in the church, and her community.

Q: Where are you from, and what was your upbringing like in regards to your faith?

A: I was born in Springfield, Missouri and I lived there until I was about 4 years old. And then I grew up in Crosby, North Dakota. My mom still lives there, and 4 generations of my mom’s family grew up there. I was brought up for the most part in a split household. I was 11 when my dad left our family, and I was 18 when my parents divorced.

I was raised in the Assemblies of God church. My dad was saved during the Jesus movement in the 1970s after he came back from Vietnam. I was raised to think of myself as part of a ministry family. There were only 5 families in our church that were not blood related to me. It was a time when we went to church more than we did anything else. We were in church twice on Sundays and at least once during the week. Our schools didn’t even have activities such as sports or plays on Wednesdays or Sundays, because those were church days. The church calendar and community calendar were both intertwined, it was just a very prominent part of the community.

Q: Were there female leaders in your church?

A: There were not pastors in our church that were women, but there were leaders in various parts of the church that were women. Many women lead in our youth ministries, and there was also a strong women’s ministry. But at the back of the church, there was a picture hanging of a woman who was the founding pastor of the church. She was the person that also planted 25 churches in 26 years in the state of North Dakota. So, she played a huge role in establishing our faith tradition across the state. If it wasn’t for her, my great grandparents may have never come to know the Lord.

Q: Did you ever wonder why there were no female pastors in your church?

A: No, it never occurred to me at that time because I knew so many women who were operating in their gifts. I had female family members who were missionaries, and who went to Bible colleges and they became credentialed pastors who moved on to their own ministries. Women were a constant presence in leadership even if they didn’t serve as a pastor. And since I attended a small local church, there was only one pastor. There was no women’s ministry pastor, or youth pastor. So I had no reason to question what would later become a dichotomy in my own mind. I didn’t question why there was a male pastor, but a picture of a woman hanging in the back of a room. We were never discouraged! The messages we received told us that ministry was a calling, and it was available to us. It wasn’t until college that I had my first encounter where someone told me “the Bible says that women can’t lead in the church.”

Q: How did you know God was calling you to something so daunting as being an advocate for women in an environment where female leadership was questioned?

A: Growing up being a victim of abuse in my own home, I was already questioning my own worth, and ability to lead. But I grew into this mindset of “I’m going to be better, and I’m going to be everything you tell me I can’t be.” Growing up in my house, women weren’t supposed to have opinions, and they weren’t supposed to question. And this was out of a ministry context, too. Coming out of this, there was always this drive inside of me that said “I have to reconcile this”. But God was never that person, He wasn’t my adversary. In many ways, God was my only safe place.

When I got to college and was told for the first time that women and men can’t both be in leadership in the church, I was taken aback. I didn’t always know how to have those conversations with the men around me. But instead of learning to fight back, I learned how to learn. I took introduction to pastoral leadership, and women in the Bible, and women in ministry. I mean I really took whatever class I could that would help me understand the theology behind the church’s view on women’s roles. I was just trying to figure out what would set me apart that I could receive all of the endorsements of God, because it seems like there was a point where it stopped for me. It was like there was no space for where a calling was carved out for me because that was so contrary to what I was hearing. I felt inferior in the church growing up in the way that I would go away to Bible camp every year, and I didn’t feel I was getting the distinct call to ministry that all of my friends seemed to be getting. My call was in other spaces that developed over time. But it seemed to me that the call to ministry is what everyone was seeking. So if I felt second class in any way, it wasn’t that I was a woman who was called to ministry, it was that I was a woman who wasn’t called to ministry at all. So it was through that education process that I became solidified in my belief that there was something missing in the broader body of Christ when it came to how God relates to women.

Be sure to check out Dr. Qualls’ new book, God Forgive Us For Being Women, an insight into the early church and how women have been apart of leadership in the church since the beginning of time.