I Have a Dream: Women and the Legacy of Dr. King 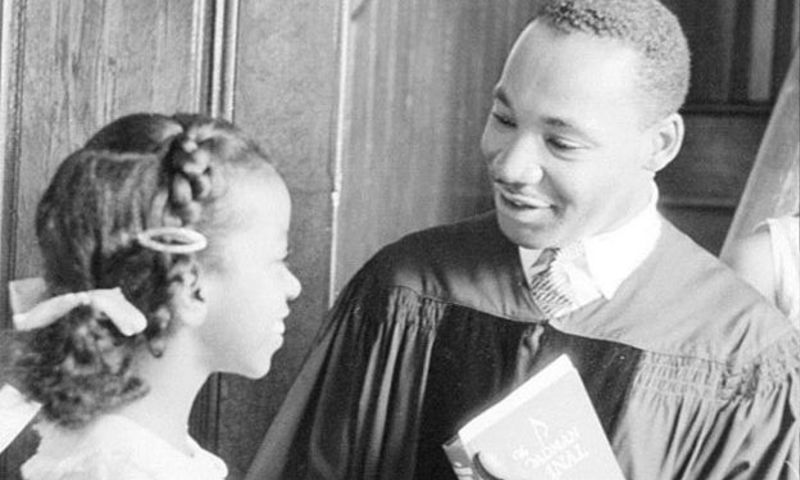 Today's guest post comes from Dr. Walter Augustine, Biola's Director of Intercultural Education and Research and Adjunct Lecturer at Talbot School of Theology. When I (Lisa) first met Walter, I remember thinking how much I had to learn from this man who cares deeply about the voice of each member of the body of Christ. His response to my request to share with GRIT his thoughts on Dr. Martin Luther King's legacy was essentially "Can I talk about the women who made Dr. King's legacy possible?"

Read on for some serious inspiration - and how the courageous words and deeds of Mahalia Jackson, Coretta Scott King and the Rev. Dr. Bernice King bolstered and carried the kingdom-work of reconciliation into today.

“I have a dream…” Those four words, spoken by Dr. Martin Luther King, Jr. on the steps of the Lincoln Memorial on the afternoon of August 28, 1963, ushered into the world an audacious vision for justice, freedom and reconciliation for all Americans. Named one of the Top 10 Greatest Speeches of All Time by Time Magazine[i], this portion of the speech is remembered by many as the preeminent message of Dr. King. Even today, the vision that he painted serves as a legacy for which people still strive. 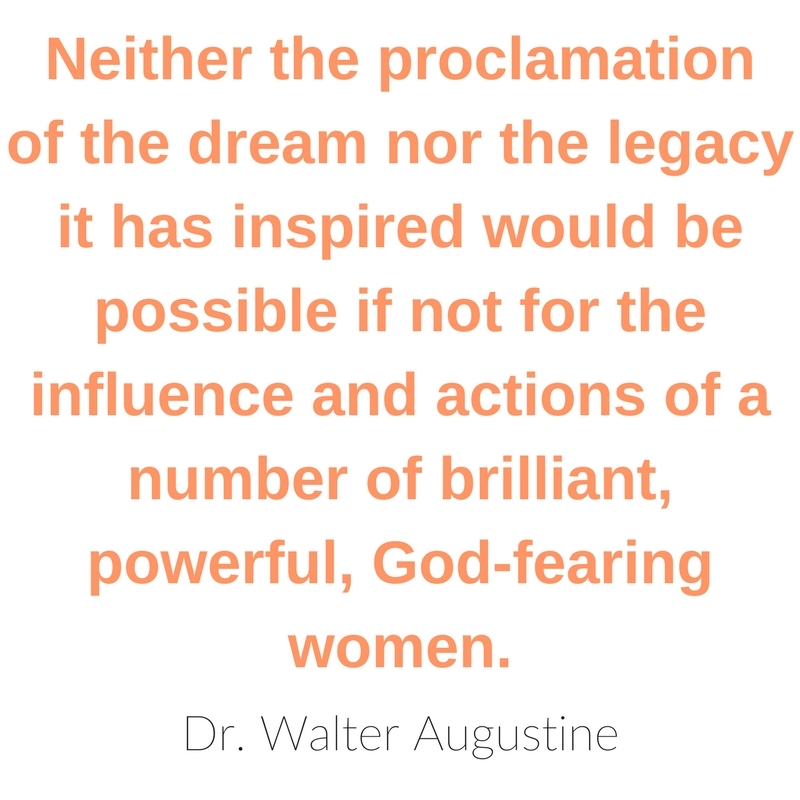 That dream, however, would never have been proclaimed that day if not been for a woman. In fact, neither the proclamation of the dream nor the legacy it has inspired would be possible if not for the influence and actions of a number of brilliant, powerful, God-fearing women. While there is not time (or space) to talk about all of these women, the rest of this article will focus on three in particular who helped usher in and carry on the dream and the legacy.

When Dr. King was prepping for his speech at the March on Washington in August, 1963, he was advised not to include the “I Have a Dream” portion in his speech by his all-male advisors. They had heard him share the dream in speeches in Detroit and Chicago earlier that summer, and they felt that it was “…trite. It’s cliché. You’ve used it too many times already.”[ii] So when he got up to speak the next day, it wasn’t in his manuscript. As he came towards the end of his prepared speech, one of his close friends – Mahalia Jackson, known as the Queen of Gospel Music[iii] – shouted to Dr. King “Tell ‘em about the dream, Martin!”[iv] When he ignored her and continued his conclusion, she shouted it to him again. It was at that point, reports say, that he set aside his prepared notes and switched into Preacher mode. As Clarence Jones, a speechwriter for Dr. King, stated to someone nearby, “Those people don’t know it, but they’re about to go to church.”[v] The rest was history. The dream was proclaimed to a national audience. But it never would have been proclaimed without the encouragement and insistence of his friend, Mahalia Jackson, whose spoken encouragement won out even over his closest advisors.

Almost five years later, on April 4, 1968, Dr. King was assassinated. He was in the middle of preparing a Poor People’s Campaign in Washington, D.C., and helping garbage workers in Memphis get fair wages and better working conditions. Much of America, including his closest advisors, were devastated when he was assassinated. But one woman – Coretta Scott King, Dr. King’s widow – insisted that the work of Dr. King must go on. Four days after his assassination – one day before Dr. King’s funeral - Coretta and her three oldest children went to Memphis to participate in the preplanned Memphis march for garbage workers. She spoke that day at Memphis City Hall, encouraging those in attendance to carry on Dr. King’s work and legacy. When explaining her actions during that time, she wrote, “You see, I feel strongly that Martin’s work must go on… Because his task was not finished, I felt that I must rededicate myself to the completion of his work.”[vi] She went on to found and develop the Martin Luther King, Jr. Center for Nonviolent Social Change in Atlanta – an institution that has trained tens of thousands of people worldwide in Dr. King’s philosophy and methods.[vii] She also spearheaded the creation of Dr. King’s birthday as a national holiday. Mahalia Jackson helped introduce the nation to the dream, but Coretta Scott King carried on the dream and expanded its reach worldwide.

Coretta Scott King passed away in 2006, and the question became, once again, who would carry on Dr. King’s (and Coretta’s) legacy? Ultimately, that mantle was taken up by their youngest daughter, Dr. Bernice King. A minister and a lawyer, Dr. King was licensed to preach at Ebenezer Baptist Church – the church where her father and grandfather both pastored. She was also elected the first female President of the Southern Christian Leadership Conference – a role once held by her father – and in 2012 she became the Chief Executive Officer of the Martin Luther King, Jr. Center for Nonviolent Social Change. In this role, she has continued her mother’s vision for training others in Dr. King’s philosophy and methods – an initiative called Nonviolence 365.[viii] She has also brought to bear her father’s teachings on a number of divisive issues today.[ix] Like her mother, Dr. Bernice King is committed to carrying on her father’s dream.

Three women, without whom the dream may not exist today. This is their legacy. What might your legacy be?